Search Results for: 20 000 leagues under the sea 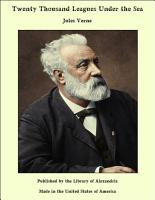 The year 1866 was signalised by a remarkable incident, a mysterious and puzzling phenomenon, which doubtless no one has yet forgotten. Not to mention rumours which agitated the maritime population and excited the public mind, even in the interior of continents, seafaring men were particularly excited. Merchants, common sailors, captains of vessels, skippers, both of Europe and America, naval officers of all countries, and the Governments of several States on the two continents, were deeply interested in the matter. For some time past vessels had been met by "an enormous thing," a long object, spindle-shaped, occasionally phosphorescent, and infinitely larger and more rapid in its movements than a whale. The facts relating to this apparition (entered in various log-books) agreed in most respects as to the shape of the object or creature in question, the untiring rapidity of its movements, its surprising power of locomotion, and the peculiar life with which it seemed endowed. If it was a whale, it surpassed in size all those hitherto classified in science. Taking into consideration the mean of observations made at divers times—rejecting the timid estimate of those who assigned to this object a length of two hundred feet, equally with the exaggerated opinions which set it down as a mile in width and three in length—we might fairly conclude that this mysterious being surpassed greatly all dimensions admitted by the learned ones of the day, if it existed at all. And that it DID exist was an undeniable fact; and, with that tendency which disposes the human mind in favour of the marvellous, we can understand the excitement produced in the entire world by this supernatural apparition. As to classing it in the list of fables, the idea was out of the question. On the 20th of July, 1866, the steamer Governor Higginson, of the Calcutta and Burnach Steam Navigation Company, had met this moving mass five miles off the east coast of Australia. Captain Baker thought at first that he was in the presence of an unknown sandbank; he even prepared to determine its exact position when two columns of water, projected by the mysterious object, shot with a hissing noise a hundred and fifty feet up into the air. Now, unless the sandbank had been submitted to the intermittent eruption of a geyser, the Governor Higginson had to do neither more nor less than with an aquatic mammal, unknown till then, which threw up from its blow-holes columns of water mixed with air and vapour. Similar facts were observed on the 23rd of July in the same year, in the Pacific Ocean, by the Columbus, of the West India and Pacific Steam Navigation Company. But this extraordinary creature could transport itself from one place to another with surprising velocity; as, in an interval of three days, the Governor Higginson and the Columbus had observed it at two different points of the chart, separated by a distance of more than seven hundred nautical leagues.

Professor Arronax and his two companions, trapped aboard a fantastic submarine as prisoners of the deranged Captain Nemo, come face to face with exotic ocean creatures and strange sights hidden from the world above.

Professor Aronnax sets out in search of a dangerous sea monster, only to learn that the monster is really Captain Nemo's powerful submarine

Writing in France in the nineteenth century, Jules Verne captured his era's fascination with adventure and exploration in a series of novels he referred to as his Voyages extraordinaires. 20,000 Leagues Under the Sea and Other Classic Novels is a unique compilation of six of Verne's best-known novels that extrapolate developing technology and scientific inquisitiveness into rousing adventures as exciting and provocative today as when they were first written.

20,000 Leagues under the Sea tells the story of a scientist, Arronax, who joins an expedition to find and destroy a mysterious sea monster who is attacking ships. Instead, he finds himself the prisoner of the proud and ruthless Captain Nemo, captain of the amazing submarine, The Nautilus.

Retells the adventures of a French professor and his two companions as they sail above and below the world's oceans as prisoners on the fabulous electric submarine of the deranged Captain Nemo. Simultaneous.

Dive into this beautiful edition of a time-honored classic with new illustrations! Originally published in the late 1800s, 20,000 Leagues Under the Sea has captivated readers for nearly two centuries. This edition, enhanced with lavish full-color illustrations by artist Arkady Roytman, is the premier edition of this time-honored classic. The story follows Professor Aronnax, his faithful servant, Conseil, and the Canadian harpooner, Ned Land, and dangerous mission to rid the seas of terrifying monster that lurks in the depths of the sea. However, the "monster" turns out to be a giant submarine, commanded by the mysterious Captain Nemo, by whom they are soon held captive. So begins not only one of the great adventure classics by Jules Verne, but also a truly fantastic voyage from the lost city of Atlantis to the South Pole. 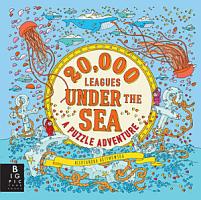 A stylish and otherworldly underwater puzzle book Inspired by Jules Verne's iconic novel, this puzzle book is a treat for readers of all ages. Aleksandra Artymowska has created a volume bursting with wild creatures, strange landscapes, and mechanical contraptions that will take readers on an underwater adventure like no other. Each scene contains hidden symbols and keys to uncover, as well as a series of challenges guaranteed to fascinate and amaze.

A mysterious sea monster has been creating havoc in the ocean. Ships of all shapes and sizes, as well as humans, have been destroyed by this enigma! No corner of the earth has been spared from its terror, as it continues to kill all who cross its path. In reaction to this destructive force, the US Government wastes no time in sending out a team of experienced professionals to track down and destroy it. Professor Pierre Aronnax, a marine biologist; Conseil, his faithful assistant; and Ned Land, a Canadian master harpooner, come together in an epic hunt. On board a naval ship, the Abraham Lincoln, the three men set out to track down this terrifying beast of the ocean. But, will they succeed? And what will they discover if they do? Published in 1870, originally in French, 20,000 Leagues Under the Sea is a classic example of the imagination and foresight of Jules Verne. His pioneering approach to writing in the late 19th century led many to refer to him as the father of science fiction.

This is a modern sequel to Jule's Verne's 'Twenty Thousand Leagues Under the Sea' and 'The Mysterious Island'.

One of the earliest science fantasy stories ever written, From the Earth to the Moon follows three wealthy members of a post-Civil War gun club who design and build an enormous columbiad -- and ride a spaceship fired from it all the way to the moon!

Scientist Pierre Aronnax and his trusty servant set sail to hunt a sea monster. However the men discover that the creature is really a high-tech submarine with a mysterious leader, Captain Nemo.

"Twenty Thousand Leagues Under The Sea" is a classic science fiction novel by Jules Verne published in 1870. It tells the story of Captain Nemo and his submarine Nautilus, as seen from the perspective of Professor Pierre Aronnax. The title refers to the distance travelled while under the sea and not to a depth, as 20,000 leagues is over six times the diameter, and nearly three times the circumference of the Earth. The greatest depth mentioned in the book is four leagues. The book uses metric leagues, which are four kilometres each. A literal translation of the French title would end in the plural "seas", thus implying the "seven seas" through which the characters of the novel travel. The book was highly acclaimed when released and still is now; it is regarded as one of the premiere adventure novels and one of Verne's greatest works. Jules Verne (1828-1905) was a French novelist, poet, and playwright best known for his adventure novels and his profound influence on the literary genre of science fiction.