Search Results for: a low life in high heels

Bound to captivate the many fans of the motion picture Paris Is Burning, Woodlawn's autobiography is a walk on the wild side with Andy Warhol's last superstar and the avant-garde community of the 1960s and '70s. At the age of 16, Harold became Holly Woodlawn and skyrocketed to fame as a superstar in Warhol's movie Trash. "This is must reading".--Harvey Fierstein. Photographs.

A social, cultural, and medical history of transsexuality in the United States discusses early twentieth-century sex experiments, the first sex-change operation, the issues of medical ethics and human rights, and how cultural and scientific factors redefined sexuality. (Social Science)

Everyone eats, but rarely do we ask why or investigate why we eat what we eat. Why do we love spices, sweets, coffee? How did rice become such a staple food throughout so much of eastern Asia? Everyone Eats examines the social and cultural reasons for our food choices and provides an explanation of the nutritional reasons for why humans eat, resulting in a unique cultural and biological approach to the topic. E. N. Anderson explains the economics of food in the globalization era, food's relationship to religion, medicine, and ethnicity as well as offers suggestions on how to end hunger, starvation, and malnutrition. Everyone Eats feeds our need to understand human ecology by explaining the ways that cultures and political systems structure the edible environment.

For the fiftieth anniversary of the Stonewall uprising, an anthology chronicling the tumultuous fight for LGBTQ rights in the 1960s and the activists who spearheaded it, with a foreword by Edmund White. Finalist for the Randy Shilts Award for Gay Nonfiction, presented by The Publishing Triangle Tor.com, Best Books of 2019 (So Far) Harper’s Bazaar, The 20 Best LGBTQ Books of 2019 The Advocate, The Best Queer(ish) Non-Fiction Tomes We Read in 2019 June 28, 2019 marks the fiftieth anniversary of the Stonewall uprising, which is considered the most significant event in the gay liberation movement, and the catalyst for the modern fight for LGBTQ rights in the United States. Drawing from the New York Public Library's archives, The Stonewall Reader is a collection of first accounts, diaries, periodic literature, and articles from LGBTQ magazines and newspapers that documented both the years leading up to and the years following the riots. Most importantly the anthology spotlights both iconic activists who were pivotal in the movement, such as Sylvia Rivera, co-founder of Street Transvestites Action Revolutionaries (STAR), as well as forgotten figures like Ernestine Eckstein, one of the few out, African American, lesbian activists in the 1960s. The anthology focuses on the events of 1969, the five years before, and the five years after. Jason Baumann, the NYPL coordinator of humanities and LGBTQ collections, has edited and introduced the volume to coincide with the NYPL exhibition he has curated on the Stonewall uprising and gay liberation movement of 1969.

“You are one crazy Australian”, David Hirst was informed when he met the locals of Pioneertown for the first time. “When are you gonna move out here?” Low Life in the High Desert recounts the adventures of an Australian journalist, his girlfriend, and their dog, who moved across the world to make the California High Desert their new home. Moving into Boulder House — a huge, rambling edifice constructed from giant boulders to withstand a Russian invasion — they were hurled into a world that few ever get to experience up close. The weird and wonderful cast of characters they encountered and befriended in one of the last outposts of America’s Wild West is recounted here with great humour and humanity. This is an unforgettable account of strangers in a kind of paradise. 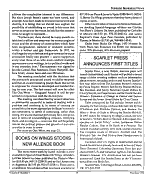 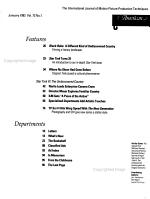