Search Results for: a whisper of the heart

This collection bundles all 3 of beloved author Catherine Palmer’s Treasures of the Heart series together into one 3-book for a great value! #1: A Kiss of Adventure Desperate and on the run, Tillie Thornton finds herself in an uneasy partnership with Graeme McLeod, a daring adventurer who comes out of nowhere to thwart the plot of Tillie’s would-be kidnappers. Now these two must join forces against their common enemies, as well as the challenges of nature, as they embark on a quest that could bring them the answers they seek—or cost them everything. Formerly published as The Treasure of Timbuktu. #2: A Whisper of Danger Jessica Thornton is ready for a fresh start for herself and her irrepressible son, Splinter. An unexpected, unusual inheritance—a remote island mansion—seems like the opportunity of a lifetime. But when she arrives, she stumbles into a dangerous web of deception, greed, and murder. Even worse, she runs into the one person she never wanted to lay eyes on again: her long-lost husband, the man who coldly deserted her before their son was born. And the request he makes of her threatens to shake the very foundation of her life. Formerly published as The Treasure of Zanzibar. #3: A Touch of Betrayal 2001 Christy Award winner! Fashion designer Alexandra Prescott fully expects her latest business trip to be an adventure. After all, she is looking for inspiration for a line of exotic fabrics. But her well-ordered plans are shattered by news of financial disaster—and an attempt on her life! Reluctantly admitting her vulnerability, she is forced to turn for help to Grant Thornton, an infuriatingly independent anthropologist whom she has met under suspicious circumstances. Inexplicably drawn together, neither is prepared for the challenges ahead.

The unexpected inheritance of a mansion on the remote island of Zanzibar puts divorced, single mother Jessica Thornton and her son in the middle of a dangerous game and reunites them with her ex-husband.

Even now we're One Inseparable by Oceans in our bliss A whisper of the Romantic In the Eye of God... The first step to freedom, happiness and full self-actualization is to love ourselves with total acceptance. Without making that step we are not fully capable of loving others. This poetry is about awakening to Love. It is about full acceptance and the abundance that follows...

Can a spirited beauty tame a Highland beast? Born into both affluence and adoration, Sabrina Cameron, the "princess" of Clan Cameron has never met a soul she couldn't charm—until she comes face to face with Morgan MacDonnell, the son of her father's lifelong enemy. As adults, they are thrown together to end the bloody feud between their families. Morgan spirits the delicate rose of a girl away to his rugged castle, never suspecting that his own surrender will be the sweetest victory of all. Book 3 of 5 of the Brides of the Highlands Series (Can be read in any order) The Brides of the Highlands Series includes The Devil Wears Plaid, Heather and Velvet, A Whisper of Roses, Some Like It Wicked and Some Like It Wild “A Whisper of Roses will make you laugh and cry.”—USA Today “Just one more fantastic example of Teresa Medeiros’s storytelling ability. Her characters leap from the page to capture your imagination and your heart. Enthralling and unforgettable!”—Romantic Times “Medeiros casts a spell with her poignant writing. An outstanding reading adventure from cover to cover!”—Rendezvous “A superb storyteller. Medeiros can pull every last emotion from the reader with tear-inducing scenes and laugh-out-loud dialogue.”—Booklist ENGLISH LANGUAGE EDITION Scottish romance, Highland romance, Clan romance, Bride romance 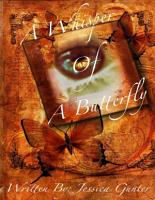 Shyanne Engel Kunibert escapes a life of royalty at eighteen to become a photographer in America. Two years later, while on a field trip to Alaska, she is captured by vicious vampires. Vampires are going extinct. They need more food to survive. So Shyanne, the Queen's great niece, is used as bait to allure more prey. Will Shyanne be able to escape to warn them or can she convince the coven's leader to end the war between vampires and humans? This story is thrilling, romantic, heart breaking, and by the end you will be begging for another bite!

A compelling account of the killing of Vincent Chin, the verdicts that took the Asian American community to the streets in protest, and the groundbreaking civil rights trial that followed. America in 1982: Japanese car companies are on the rise and believed to be putting U.S. autoworkers out of their jobs. Anti–Asian American sentiment simmers, especially in Detroit. A bar fight turns fatal, leaving a Chinese American man, Vincent Chin, beaten to death at the hands of two white men, autoworker Ronald Ebens and his stepson, Michael Nitz. Paula Yoo has crafted a searing examination of the killing and the trial and verdicts that followed. When Ebens and Nitz pled guilty to manslaughter and received only a $3,000 fine and three years’ probation, the lenient sentence sparked outrage. The protests that followed led to a federal civil rights trial—the first involving a crime against an Asian American—and galvanized what came to be known as the Asian American movement. Extensively researched from court transcripts, contemporary news accounts, and in-person interviews with key participants, From a Whisper to a Rallying Cry is a suspenseful, nuanced, and authoritative portrait of a pivotal moment in civil rights history, and a man who became a symbol against hatred and racism.

This “toothy follow-up to Datlow’s first-rate Blood Is Not Enough” offers “admirably inventive variations on vampirism” (Kirkus Reviews). Featuring stories by Jonathan Carroll, Chelsea Quinn Yarbro, and Robert Silverberg, A Whisper of Blood is a “consistently engrossing anthology” from award-winning editor Ellen Datlow (Publishers Weekly). Continuing to expand the boundaries of the concept of vampirism—as she did in her first collection, Blood Is Not Enough—Datlow has assembled eighteen fascinating stories that range from tales of literal vampires to what she calls “metaphorical bloodsuckers,” who can drain another’s life force without ever sinking their teeth into necks. In “Now I Lay Me Down to Sleep” by Suzy McKee Charnas, an elderly Jewish woman who’s taken her own life has second thoughts and makes a deal to become a vampire to stay immortal, the only condition being she has to drink blood by request only. An amnesiac operative tries to sort out if a secret government agency is trying to help him regain his memory or is wiping it clean in Chelsea Quinn Yarbro’s Kafkaesque “Do I Dare to Eat a Peach?” And in Jonathan Carroll’s “The Moose Church,” a tourist in Sardinia is literally scarred by asking questions of death in his dreams . . . A Whisper of Blood includes contributions by Suzy McKee Charnas, Karl Edward Wagner, Robert Silverberg, Kathe Koja, Elizabeth Massie, Barry N. Malzberg, Rick Wilber, Jonathan Carroll, Thomas Ligotti, Melissa Mia Hall, David J. Schow, Jack Womack, Melinda M. Snodgrass, Thomas Tessier, Chelsea Quinn Yarbro, K. W. Jeter, Pat Cadigan, and Robert Holdstock and Garry Kilworth.

As a police detective, Nicole Arroyo has heard it all. But a potion that renders people crazy with lust? Right. This colorless liquid is just another one of journalist Ethan Ramsey's schemes to get her into bed. With her weakness for sexy men who break women's hearts, there's no way she's giving him a chance. So how can she explain the sizzling urge that leads to the hot encounter with him in the backseat of his car…or the one against her front door…or the one…? Well. For some reason, she now wants Ethan. But a lust potion? It couldn't possibly be real…could it? 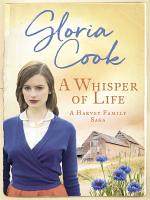 Can love heal the wounds of war? It is 1948, and the village of Hennaford is struggling to recover from the war – the Harvey family along with it. Johnny Harvey is disillusioned; injured in the war and disturbed at the changing society; life seems to be passing him by. Jill Harvey, finally pregnant after four years of marriage, befriends sixteen-year-old Tess Viant, crippled with polio and abandoned by her family. Tess, left behind by society, might just prove her worth when something threatens the life of Jill’s unborn child... The stunning final book of the Harvey Family Sagas. Perfect for fans of Kitty Neale, Margaret Dickinson and Mary Gibson