Please note that the content of this book primarily consists of articles available from Wikipedia or other free sources online. Pages: 27. Chapters: Alfred Rosenberg, Varg Vikernes, Guido von List, Gaahl, Alexander Rud Mills, Dan Halloran, Stephen Flowers, Stephan Grundy, Else Christensen, Stephen McNallen, Friedrich Bernhard Marby, Koenraad Logghe, Sveinbj rn Beinteinsson, Wilfred von Oven, Eberhard von Brockhusen. Excerpt: Varg Vikernes (Norwegian pronunciation: born 11 February 1973) is a Norwegian black metal musician. Vikernes was born near Bergen, Norway. In 1991, he founded the one-man music project Burzum, which quickly became popular within the early Norwegian black metal scene. In 1992, he joined the band Mayhem and adopted the stage name Count Grishnackh. Around this time he became affiliated with the Heathen Front and had several writings on Germanic neopaganism published. In Metal: A Headbanger's Journey, director Sam Dunn described Vikernes as "the most notorious metal musician of all time." In 1994, Vikernes was convicted of the murder of his Mayhem bandmate ystein Aarseth, known by his stage name Euronymous. Vikernes was further convicted of four counts of arson involving the burnings of historic churches, and was sentenced to 21 years in prison. Having served almost 16 years of his sentence, Vikernes was released on parole in early 2009. Vikernes was sentenced to 21 years in prison for the August 1993 murder of ystein Aarseth (aka 'Euronymous') of Mayhem and for the burning of three Christian churches in Norway (he was also suspected of burning a fourth). He was eligible for parole in spring 2008, after serving 15 years in prison, but his application was denied. A June 2008 newspaper article mentions that Vikernes is married and has a daughter, born in 1993, and a son, born 2007. In an interview made in 2004, Vikernes said that he has a daughter (whom he has seen twice since 1993) and that he had "never been married." In a 2008 interview, he...

In the face of the popular crusade to link new religious movements to dangerous cults, brainwashing, and the need for deprogramming, Irving Hexham and Karla Poewe argue that many cults are in fact the product of dynamic interaction between folk religions and the teachings of traditional world religions. With the widespread loss of belief in biblical mythology in the nineteenth century, new mythologies based on science and elements derived from various non-Western religious traditions emerged, leading to the growth and popularity of new religions and cults. Drawing on examples from Africa, the United States, Asia, and Europe, the authors suggest that few new religions are really original. Most draw on rich, if localized, cultural traditions, which are then shaped anew by the influence of technological change and international linkages.

Explores the scientific, historical, and cultural facts behind the Indiana Jones movies, discussing real-life archeologists and their adventures, the uses of bullwhips, and the connection between Nazis and the occult.

Jesus spent decades in India. - Ethiopians, not Jews, are the real chosen people. - A religion in Iran predicted the Virgin Birth, hundreds of years before Christ. - Abraham was an Iraqi. - Lenin was a Saint. - Worms have souls. - There’s no such thing as the Holy Trinity. - All religions are the same. These are not conspiracy theories – but the genuine beliefs of the some of the world’s major religions. In God: A Users’ Guide, broadcaster Sean Moncrieff takes us through the history and development of the twenty largest religions in the world – in the process demonstrating that the truth is far more compelling than the fictional accounts. In the name of religion, millions have been killed, and millions have been saved. Political dynasties have been built on the back of religious belief, or been destroyed because of them. The history of religion is one of tyranny, betrayal, sacrifice, generosity and faith: where the same ‘facts’ have often brought believers to dramatically different conclusions. From religions which have a multiplicity of Gods, to religions which have no God at all, God: A Users’ Guide demonstrates how the vast majority of the world’s religions did not develop in isolation, but were influenced by already existing belief systems. We have far more in common than you might think.

This work fills a significant gap in the current literature by providing a concise introduction to religious institutions and an insightful analysis of their role in world affairs. Focusing on formal institutions specifically dedicated to governing religious communities, the work examines the intersections between religious and other global institutions, set against the fundamental question: why and how do these intersections matter? The work explores the role of religion within key issues including Human rights Human security International development and humanitarian relief Climate change Moral responsibilities The new forms that religious institutions are taking, their fit with human rights and democratic ideals, their changing nature in plural societies, are a highly relevant part of the global institutional picture and this book is essential reading for all students and scholars of global institutions, international relations and religion.

Preface, Introduction: The Germans, 1. Germany, The Land of Religious Struggles, 2. The Fall of The German Gods, 3. The Captivity of Berlin and the Condition of German Protestantism, 4. The Ideology of the Nazi Regime (Naziolgy), 5. Fruits of Ancient Paganism in Modern Germany, 6. Catholicism and Nazism, 7. Protestantism and Nazism, 8. Judaism and Nazism, 9. Conclusion, Appendixes, I. The Twenty-Five-Point Program of the National Socialist Party, II. An Index to Important Religious Legislation Passed in Germany Between 1933 and 1938, III. A Letter Written by Dr. Heinrich Bruening, IV. Glossary of German Terms, V. The Population of Germany by Areas, 1933, According to Religious Affiliations, VI. The Population of Germany by Areas, 1946, According to Religious Affilications, VII. Chronological Table of Religious and Political Events, VIII. An Allegory on Universal Peace, IX. A Real Case Against the Jews, Bibliography, Index 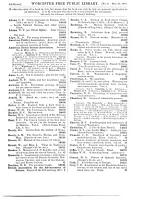 Describes German administration which used the 'velvet glove" to exploit Belgian industry and work force, but nonetheless authorized shooting of hostages and deportation of Jews.