Search Results for: all in all

NEW YORK TIMES BEST SELLER • An inspiring and intimate self-portrait of the champion of equality that encompasses her brilliant tennis career, unwavering activism, and an ongoing commitment to fairness and social justice. “A story about the personal strength, immense growth, and undeniable greatness of one woman who fearlessly stood up to a culture trying to break her down.”—Serena Williams In this spirited account, Billie Jean King details her life's journey to find her true self. She recounts her groundbreaking tennis career—six years as the top-ranked woman in the world, twenty Wimbledon championships, thirty-nine grand-slam titles, and her watershed defeat of Bobby Riggs in the famous "Battle of the Sexes." She poignantly recalls the cultural backdrop of those years and the profound impact on her worldview from the women's movement, the assassinations and anti-war protests of the 1960s, the civil rights movement, and, eventually, the LGBTQ+ rights movement. She describes the myriad challenges she's hurdled—entrenched sexism, an eating disorder, near financial peril after being outed—on her path to publicly and unequivocally acknowledging her sexual identity at the age of fifty-one. She talks about how her life today remains one of indefatigable service. She offers insights and advice on leadership, business, activism, sports, politics, marriage equality, parenting, sexuality, and love. And she shows how living honestly and openly has had a transformative effect on her relationships and happiness. Hers is the story of a pathbreaking feminist, a world-class athlete, and an indomitable spirit whose impact has transcended even her spectacular achievements in sports.

When journalist Josh Levs was denied fair parental leave by his employer after his child was born, he fought back—and won. Since then, he’s become an advocate for modern families and working fathers. In All In, he explores the changing face of fatherhood and what it means for our individual lives, families, workplaces, and society. Fatherhood today is far different from previous generations. Stay-at-home dads are increasingly common, and growing numbers of men are working part-time or flextime schedules to spend more time with their children. Even the traditional breadwinner-dad is being transformed. Dads today are more emotionally and physically involved on the home front. They are “all in” and—like mothers—they are struggling with work-life balance and doing it all. Journalist and “dad columnist” Josh Levs explains that despite these unprecedented changes, our laws, corporate policies, and gender-based expectations in the workplace remain rigid. They are preventing both women and men from living out the equality we believe in—and hurting businesses in the process. Women have done a great job of speaking out about this, Levs—whose fight for parental leave made front page news across the country—argues. It’s now time for men to join in. Combining Levs’ personal experiences with investigative reporting and frank conversations with fathers about everything from work life to money to sex, All In busts popular myths, lays out facts, uncovers the forces holding all of us back, and shows how we can all join together to change them. 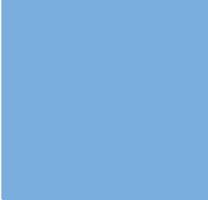 Brief text and illustrations by ten internationally well-known artists reveal a day in the lives of children in eight different countries showing the similarities and differences and emphasizing the commonality of humankind.

This electronic version has been made available under a Creative Commons (BY-NC-ND) open access license. All in the mix: Race, class and school choice considers how parents choose secondary schools for their children and makes an important intervention into debates on school choice and education. The book examines how parents talk about race, religion and class in the process of choosing. It also explores how parents’ own racialised and classed positions, as well as their experience of education, can shape the way they approach choosing schools. Based on in-depth interviews with parents from different class and racialised backgrounds in three areas in and around Manchester, the book shows how discussions about school choice are shaped by the places in which the choices are made. It argues that careful consideration of choosing schools opens up a moment to explore the ways in which people imagine themselves, their children and others in social, relational space. 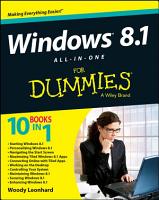 Ten minibooks in one get you thoroughly caught up on Windows 8.1! With new improvements and changes, Windows 8.1 offers a refreshed user interface, better integration between the new and traditional Windows interfaces, and more. This updated top-selling guide is what you need to get up to speed on everything Windows 8.1. Nine minibooks in one cover such essential topics as navigating the new Start Screen, understanding Windows 8.1 apps, securing Windows 8.1, and much more. Take the guesswork out of Windows 8.1 from day one with this complete, all-in-one resource. Helps you get up to speed on the Windows 8.1 operating system, including its Start Screen, which is a feature sure to please traditional Windows users Provides top-notch guidance from trusted and well-known Windows expert and author Woody Leonhard Covers Windows 8.1 inside and out, including how to customize the Start screen, manage apps, and control privacy Delves into core Windows 8.1 apps such as e-mail, people, and SkyDrive Shows you how to connect online, add hardware, back up and update, and secure Windows 8.1 Discover new improvements, old favorites, and everything in between with Windows 8.1 All-in-One For Dummies.

Get ready to grind! Are you willing to go out there on that field with your face paint and your helmet, up against all adversity? Take it all in this season! Khali Raymond has brought you poetry that'll get you pumped before primetime!

An inspirational book by self-made musical superstar, Russ, reminding you that it starts with YOU, to believe in yourself, and to get out of your own way. Twenty-six-year-old rapper, songwriter, and producer Russ walks his own path, at his own pace. By doing so, he proved that he didn't need a major label to surpass over a billion streams on Spotify/Apple Music, get on Forbes' 2019 "30 Under 30," make the Forbes' "30 Under 30 Cash Kings" at number 20 for most earned, sell out arenas across the U.S. and around the globe, and become one of the most popular and engaged rappers right now. His method was simple: love and believe in yourself absolutely and work hard no matter what. In this memoir, Russ inspires readers to walk to their individual rhythms and beat their biggest obstacles: themselves. With chapters named after his most powerful and popular songs, It's All in Your Head will reflect on the lessons he's learned from his career, family, and relationships. He'll push readers to bet on themselves, take those leaps of faith, and recognize struggles as opportunities. With illustrations throughout consistent with the brand Russ has built and his fan base loves, It's All in Your Head will give readers an inside-look at the man and the motivation behind the music. A lover of books like The Alchemist and The Seven Spiritual Laws of Success, Russ delivers a short, potent, inspirational, raw, and honest book that gives readers a way to find self-belief and unlock their potential. Fans already rely on Russ as an inspiration of confidence; now, he is taking it to the next level with this book, which will contain lyrics from his music and visuals that reflect his inimitable style. Russ utilizes his relentless passion and supreme confidence in his own talents to manifest his dreams and has been doing that since well before he was ever famous. In his first book, Russ gives readers the tools to do the same whether they want to succeed in music, in romance, or simply in life. In the vein of mega bestsellers like Unf*ck Yourself and The Subtle Art of Not Giving a F*ck, Russ's memoir levels with his readers: there are no shortcuts to success.

From the New York Times-bestselling author of the Pucked series comes a romantic comedy about instant attraction, second chances, and not-so-little white lies.

Don’t miss the second installment of Gabra Zackman’s scorching new series. “Stop the wedding!” No bride wants to hear those words, least of all Susannah “Legs” Carter, one of the Bod Squad’s best agents. But when her colleague Jackson bursts in with news that her presumed-dead father may still be alive—and possibly a double agent—the vows are on hold and the Bod Squad hits the road. Jackson wants to help, but he’s a little distracted by Cajun cutie Lisa Bee, his closest coworker. They’ve always been friends, but there’s nothing like a little overseas danger to set sparks flying! As the two work to track a criminal mastermind, will they swap undercover work for under-the-covers play? 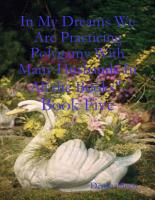 Written down in the morning while the imagery and emotions are still fresh, Denise bravely shares her personal and most intimate visions.(I tell my story to help other to tell their own story to help them to get their story out to other the their life time my Life and Dreams book are my own writing and in my own words to.) Could you help by buying my books to help a new writer to make money to live a good life or a poor writer sell some book to help out or the writer who is a person with Disability who is a new writer to help other. By Denise Pinch PG 14

A refreshing truth-over-technique call to small group leaders and Sunday school teachers to stay focused on continually reintroducing people to Jesus whose life and death changes everything.

An emotional, angst-ridden story about two childhood friends who learned to rely on one another to cope with their anxiety, only when it got to be too much, their families tore them apart. Now as college students, they must navigate adulthood and try to avoid falling into old behaviors, only problem is they've fallen in love.

All Things to All People is an introverted narrative penned by the son of a Gospel preacher and his alter ego, Begees McFree. This playfully written autobiography of a simple, quiet, and peaceable man guides the reader through depression-induced insomniac confessions. Looking deep into the often-hidden places of the heart and mind, these confessions freed the writer from lies and misunderstandings that had been buried deep within. All Things to All People shares the spiritual struggle of a man after a divorce broke apart his life and separated him from his children. Begees uses freewriting to disentangle his poor choices from his good intentions, gaining more selfcontrol and growing closer to God while strenuously pushing unbelief out of his mind.

From New York Times bestselling author Helena Hunting comes a new romance about trading secrets, breaking the rules, and playing for keeps. My name is Ryan Kingston, and I'm a rule follower. I've never been in a fistfight. I always obey the speed limit. I don't get drunk, and I definitely don't pick up random women at bars. Except the night I found out that my whole existence has been a lie. I got drunk. And picked up a stranger. Her name was Queenie, and she was everything I'm not: reckless, impulsive, and chaotic. We did shots and traded secrets. And ended up naked at my place. She left me a thank-you note in the morning and her panties as a parting gift. But no way to contact her. Six weeks later I'm sitting in the first official team meeting of the season, and there she is. I neglected to mention that I'm the goalie for Seattle's NHL team. And Queenie? Turns out she's the general manager's daughter.