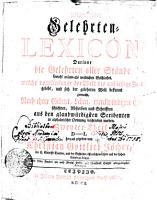 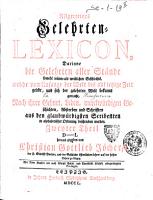 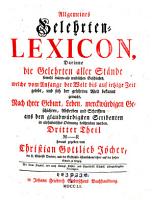 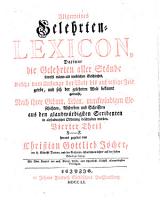 Missionaries are people who operate on the border between their own community and another. The confessional frontier between the Christian and the Jewish communities in Prussia offers a privileged vantage-point from which to analyse the relationship between them. This is the first study to make comprehensive use of the archives and publications of the various Prussian institutions and societies that set out to convert Jews to Christianity. No other body of documentary evidence presents as informed and sustained a commentary on the 'Jewish Question' as it evolved in Prussia during the period covered by this book. Spanning over two centuries of protestant missionary activity, this book examines the ways in which theological, social, and racial themes intertwined in the relationship between the Christian majority in Prussia and the Jewish minority in its midst. These themes are analysed within the context of the rapidly changing relationship between religion and politics in the Prussian state, for 'Jewish Questions', as this book shows, were intimately connected with 'Christian Questions' of equal political and social consequence. This study sheds light on a facet of Jewish-German history that has been overshadowed by the rise of racial antisemitism and the ultimate tragedy of the Holocaust.

Includes entries for maps and atlases.

The papers of the present volume investigate the potential of the metaphor of life as theater for literary, philosophical, juridical and epistemological discourses from the Middle Ages through modernity, and focusing on traditions as manifold as French, Spanish, Italian, German, Russian and Latin-American.

Rendered into English for the first time by Wayne Wonderley and provided with a critical introduction, this rollicking tale of baroque satire by Christian Reuter not only illuminates the mores and mentality of the time but forms a noteworthy link in the development of the European novel.

The present collection of primary sources, comprised of printed and manuscript materials, offers a new approach to the history of learned societies and Freemasonry in Hungary in the 18th century. Materials include academic proposals, regulations of learned societies and reading circles, letters, pamphlets as well as Masonic constitutions, rituals, orations, essays, and a sentimental novel. In addition to the Latin- and German-language documents, some Hungarian-language sources of special importance are published in English translation. The sources in the first part of the collection illustrate the growing desire and ambition among Hungarian intellectuals for establishing national literature and science, and for raising the level of general literacy among the population. Starting from the diagnosis that, compared to other European countries, Hungary was quite backward in terms of cultivating the sciences, several people emphasized the need to raise the standards of public education, while others thought that establishing learned societies or scientific academies could change the situation. The examination of the history of learned and secret societies shows that in 18th-century Hungary social culture could develop within the framework of Freemasonry. The functioning learned societies and reading circles were established at the initiative of lodge members, and a large number of the authors of the proposals were also Freemasons. The establishment of learned societies was motivated by the ideas which were also the guiding principles of the Freemasons: spreading enlightenment, promoting the well-being of the people, and supporting the sciences and the arts. The editors intended to bring to an international audience the selected materials which warrant further research and examination.