Search Results for: children of the mire

The Nobel Prize-winning poet comments on the nature, communicative function, and evolution of modern poetry.

In this comprehensive examination of the work of Octavio Paz - winner of the 1990 Nobel Prize for Literature and Mexico's important literary and cultural figure - Jose Quiroga presents an analysis of Paz's writings in light of works by and about him. Combining broad erudition with scholarly attention to detail, Quiroga views Paz's work as an open narrative that explores the relationships between the poet, his readers and his time.

“Funny, exciting, and ultimately epic. Wow. I can’t wait for the next one.” —Adam Gidwitz, author of the New York Times bestseller A Tale Dark and Grimm “Set in a magical world filled with incredible creatures from folklore, this fast-paced fantasy will keep readers turning the pages . . . A captivating series opener.” —Booklist, starred review Magic is fading from the Wild Wood. To renew it, goblins must perform an ancient ritual involving the rarest of their kind—a newborn changeling. But when the night arrives to trade a human baby for a goblin one, something goes terribly wrong. After laying the changeling in a human infant’s crib, the goblin Kull is briefly distracted. By the time he turns back, the changeling has already perfectly mimicked the human child. Too perfectly: Kull cannot tell them apart, so he leaves both babies behind. Tinn and Cole are raised as human twins, neither knowing what secrets may be buried deep inside one of them. When they are thirteen years old, a mysterious message arrives, calling the brothers to be heroes and protectors of magic. The boys must leave their sleepy town and risk their lives in the Wild Wood, journeying through the Deep Dark to reach the goblin horde and uncover who they truly are. In this first book in a new fantasy-adventure series, New York Times bestselling author William Ritter takes readers on a journey of monsters, magic, and discovery.

The Return of the Baroque in Modern Culture explores the re-invention of the early European Baroque within the philosophical, cultural, and literary thought of postmodernism in Europe, the United States, the Caribbean, and Latin America. Gregg Lambert argues that the "return of the Baroque" expresses a principle often hidden behind the cultural logic of postmodernism in its various national and cultural incarnations, a principal often in variance with Anglo-American modernism. Writers and theorists examined include Walter Benjamin, Paul de Man, Jacques Derrida, Michel Foucault, Octavio Paz, and Cuban novelists Alejo Carpentier and Severo Sarduy. A highly original and compelling reinterpretation of modernity, The Return of the Baroque in Modern Culture answers Raymond Williams' charge to create alternative national and international accounts of aesthetic and cultural history in order to challenge the centrality of Anglo-American modernism.

Moving nimbly between literary and historical texts, Monica Flegel provides a much-needed interpretive framework for understanding the specific formulation of child cruelty popularized by the National Society for the Prevention of Cruelty to Children (NSPCC) in the late nineteenth century. Flegel considers a wide range of well-known and more obscure texts from the mid-eighteenth century to the early twentieth, including philosophical writings by Locke and Rousseau, poetry by Coleridge, Blake, and Caroline Norton, works by journalists and reformers like Henry Mayhew and Mary Carpenter, and novels by Frances Trollope, Charles Dickens, Wilkie Collins, and Arthur Morrison. Taking up crucial topics such as the linking of children with animals, the figure of the child performer, the relationship between commerce and child endangerment, and the problem of juvenile delinquency, Flegel examines the emergence of child abuse as a subject of legal and social concern in England, and its connection to earlier, primarily literary representations of endangered children. With the emergence of the NSPCC and the new crime of cruelty to children, new professions and genres, such as child protection and social casework, supplanted literary works as the authoritative voices in the definition of social ills and their cure. Flegel argues that this development had material effects on the lives of children, as well as profound implications for the role of class in representations of suffering and abused children. Combining nuanced close readings of individual texts with persuasive interpretations of their influences and limitations, Flegel's book makes a significant contribution to the history of childhood, social welfare, the family, and Victorian philanthropy. 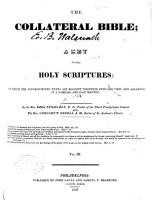 Where do children travel when they read a story? In this collection, scholars and authors explore the imaginative geography of a wide range of places, from those of Indigenous myth to the fantasy worlds of Middle-earth, Earthsea, or Pacificus, from the semi-fantastic Wild Wood to real-world places like Canada’s North, Chicago’s World Fair, or the modern urban garden. What happens to young protagonists who explore new worlds, whether fantastic or realistic? What happens when Old World and New World myths collide? How do Indigenous myth and sense of place figure in books for the young? How do environmental or post-colonial concerns, history, memory, or even the unconscious affect an author's creation of place? How are steampunk and science fiction mythically re-enchanting for children? Imaginative geography means imaged earth writing: it creates what readers see when they enter the world of fiction. Exploring diverse genres for children, including picture books, fantasy, steampunk, and realistic novels as well as plays from Canada, the United States, the United Kingdom, and Ireland from the early nineteenth century to the present, Children’s Literature and Imaginative Geography provides new geographical perspectives on children’s literature. 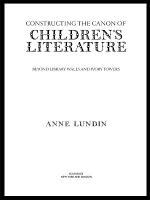 In this pioneering historical study, Anne Lundin argues that schools, libraries, professional organizations, and the media together create and influence the constantly changing canon of children's literature. Lundin examines the circumstances out of which the canon emerges, and its effect on the production of children's literature. The volume includes a comprehensive list of canonical titles for reference.

Originally published in 1831, this early novel is both expensive and hard to find in its first edition. Written by Victor Hugo, this famous tale of the Hunchback of Notre-Dame is a fascinating work and thoroughly recommended for anyone interested in classic literature. Many of the earliest books, particularly those dating back to the 1900s and before, are now extremely scarce. We are republishing these classic works in affordable, high quality, modern editions, using the original text and artwork. 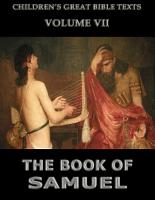 Here is a gold mine for the preacher, the teacher and the father and mother in the home who have it in mind to inculcate sound teaching, based upon the Word of God, so that the boys and girls of the congregations, Sunday-Schools and households may be thoroughly rooted and grounded in the essentials of the Christian faith. There are many volumes in this series of short addresses and they cover the entire range of the holy scriptures, from genesis to revelation. The material gathered here is fresh and varied and there is just enough of it to furnish the groundwork of the preacher's sermon, the Sunday school teacher's talk and the parent's reading and comment. Contents: A Little Coat. The Child-Prophet. The Right Kind Of Ears. Inquire Within. Only A Shepherd Boy. Five Smooth Stones. The Friend Of David. Walls. God's Jewel-Case. A Fool's Gap Paying Your Debts. God's Dwelling-Place. A Promise And How It Was Kept. Playing The Man. Absalom. Acting Ferry-Boat. The Greatness Of Gentleness. Jewels In The Mud. A Morning Without Clouds. A Precious Gift. 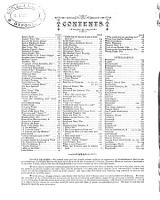