New York Times Bestseller: This true Depression-era story of a down-and-out fighter’s dramatic comeback is “a delight” (David Halberstam). James J. Braddock was a once promising light heavyweight. But a string of losses in the ring and a broken right hand happened to coincide with the Great Crash of 1929—and Braddock was forced to labor on the docks of Hoboken. Only his manager, Joe Gould, still believed in him. Gould looked out for the burly, quiet Irishman, finding matches for Braddock to help him feed his wife and children. Together, they were about to stage the greatest comeback in fighting history. Within twelve months, Braddock went from being on the relief rolls to facing heavyweight champion Max Baer, renowned for having allegedly killed two men in the ring. A brash Jewish boxer from the West Coast, Baer was heavily favored—but Braddock carried the hopes and dreams of the working class on his shoulders, and when he emerged victorious against all odds, the shock was palpable—and the cheers were deafening. In the wake of his surprise win, Damon Runyon dubbed him “Cinderella Man.” Against the gritty backdrop of the 1930s, Cinderella Man brings this dramatic all-American story to life, telling a classic David and Goliath tale that transcends the sport. “A punchy read with touches of humor.” —The New York Times “A wonderful, thrilling boxing story, and simultaneously a meticulous look at Depression life.” —Jimmy Breslin

Presents the complete shooting script for the new film inspired by the life of James Braddock, who journeys to the heights of the sports world as he rises from poor local fighter to king of the boxing ring, defeating Max Baer in 1935 to become the heavyweight boxing champion of the world. Original. (A Universal Pictures & Miramax Films production, directed by Ron Howard, releasing June 2005, starring Russell Crowe & Renée Zellweger) (Drama)

Set in New York in the Depression, this is the story of Jim Braddock, who takes up boxing to make money to feed his family, and eventually goes up against champ Max Baer, notorious for having killed two men in the ring. James J. Braddock, born in New York City, was known locally for his thunderous right hand and successful amateur boxing career. After turning professional, he defeated foe after foe, and his rapid rise from obscurity earnt him the nickname, the Cinderella Man. He was given a shot at the world light heavyweight title against champion Tommy Loughran in 1929, but lost in a 15–round decision. Following that defeat and the stock market crash of 1929, Jim Braddock struggled to win fights and provide for his young family. Eventually Jim's luck turned. In 1934 he had upset wins against Corn Griffin and John Henry Lewis. With these two wins, Braddock set himself up for another shot at the world title – against heavyweight champion, Max Baer. On 13 June 1935, as a 10 to 1 underdog, Jim took the world title from Max Baer in what was described as, 'the greatest fistic upset since the defeat of John L. Sullivan by Jim Corbett'. Braddock would lose his heavyweight title two years later in an eight–round KO to 'The Brown Bomber', Joe Louis. Jim was inducted into the Ring Boxing Hall of Fame in 1964, the Hudson County Hall of Fame in 1991 and the International Boxing Hall of Fame in 2001.

Biography of the man who rose in professional boxing in the 1920's, lost a title fight in 1929, struggled to feed his family, and with Joe Gould as his manager, won the heavyweight title from heavily favored Max Baer in 1935.

On the heels of the new Russell Crowe biopic comes the story of James Braddock, the "Cinderella Man"--one of boxing's biggest longshots. 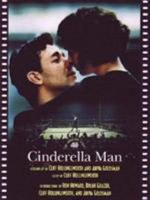 The true story of James Braddock, a working-class Irish-American, born in Hells Kitchen, New York City, who became heavyweight boxing champion in 1935 at the height of the Depression. He was the ten-to-one outsider and had only recently returned to the ring after four years out with a broken hand. It was Damon Runyon who first called him The Cinderella Man.

36 Hours Serial As a devastating summer storm hits Grand Springs, Colorado, the next thirty-six hours will change the town and its residents forever.... 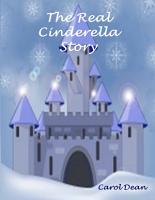 We all know the story of Cinderella. Or do we? The Real Cinderella Story tells what Cinderella was really like and what really happened at the ball. Cinderella’s Step-Mother tells the real fairy tale.