The true story of an American serial killer. 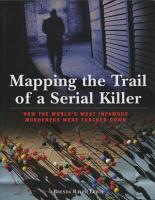 The idea of the wandering murderer, leaving a trail of mutilated bodies in his wake, has long fascinated followers of true crime. By charting the geography of the killer's actions, Mapping the Trail of a Serial Killer takes an innovative approach to exploring the killing sprees of more than 40 mass murderers from the early 20th century right up to the present day. With specially commissioned maps pinpointing each killer's actions, Mapping the Trail of a Serial Killer reveals patterns of behavior and enables the reader to understand some of the thinking of the minds of men like Ted Bundy, David Berkowitz, and Andrei Chikatilo.

""The Only Living Witness" towers over the rest of the Ted Bundy bookshelf . . . (as) a monument to book-length journalism" (Jack Olsen, author of "The Misbegotten Son"). "A shining example of excellent reporting, fine writing, and a story of enduring value."--Carlton Stowers, author of "Careless Whispers."

Drawn from more than 150 hours of exclusive tape-recorded interviews with Bundy, this collection provides shocking insights into the killer's 11th-hour confessions before his death in a Florida electric chair. A unique, horrifying self portrait of one of the most savage sex killers in history.

To understand human character, one must first explore the depraved reaches of human consciousness 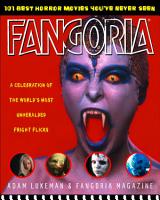 A FEAST OF FRIGHTFUL FLICKS WAITING TO BE REDISCOVERED As the leading name in the world of horror, Fangoria magazine has been the source of information for fans of fright flicks for more than twenty years—covering feature films, video games, comic books, collectibles, and all aspects of horror entertainment. Working closely with Fangoria’s experts, including Editor in Chief Anthony Timpone, Adam Lukeman has compiled a must-have guide for casual horror fans and hardcore horror junkies with Fangoria’s 101 Best Horror Films You’ve Never Seen. With a brief synopsis for each of the included films, lists of cast and crew, “Terror Trivia,” and little-known facts about these lesser-known but must-see gems, Fangoria’s 101 Best Horror Films You’ve Never Seen offers a feast of gruesome information. Featured here are flicks that were dumped by their distributors or were initially flops, like Cherry Falls, Manhunter, and Pumpkinhead, foreign winners such as Cronos, The Vanishing, and Funny Games, and straight-to-video sleepers waiting to be discovered, including Shadowbuilder, Jack Be Nimble, and Nomads. There are even surprise entries directed by industry giants—movies like George A. Romero’s Day of the Dead, Brian De Palma’s Sisters, or Dario Argento’s Opera—that are frequently overshadowed by the filmmakers’ other, better-known works but are worthy of further examination. Entertaining and informative, Fangoria’s 101 Best Horror Movies You’ve Never Seen offers more than a hundred reasons to look beyond the often ho-hum Hollywood hype fests . . . when you’re really in the mood to feel your flesh crawl. 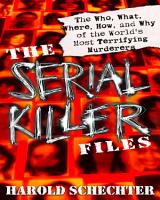 An encyclopedia of the serial killer phenomenon addresses the historical, psychological, social, and cultural aspects of such criminals and their crimes, providing more than one hundred individual profiles of serial killers.

The truth behind the twisted crimes that inspired the films Psycho, The Texas Chain Saw Massacre, and The Silence of the Lambs... From “America’s principal chronicler of its greatest psychopathic killers” (The Boston Book Review) comes the definitive account of Ed Gein, a mild-mannered Wisconsin farmhand who stunned an unsuspecting nation—and redefined the meaning of the word “psycho.” The year was 1957. The place was an ordinary farmhouse in America’s heartland, filled with extraordinary evidence of unthinkable depravity. The man behind the massacre was a slight, unassuming Midwesterner with a strange smile—and even stranger attachment to his domineering mother. After her death and a failed attempt to dig up his mother’s body from the local cemetery, Gein turned to other grave robberies and, ultimately, multiple murders. Driven to commit gruesome and bizarre acts beyond all imagining, Ed Gein remains one of the most deranged minds in the annals of American homicide. This is his story—recounted in fascinating and chilling detail by Harold Schechter, one of the most acclaimed true-crime storytellers of our time.

The twisted, but fascinating, mind of a serial killer is revealed with terrifying consequences in this astonishing and shocking exploration. with 20 b&w photos. 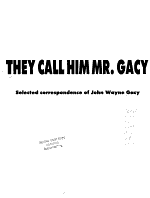 An unexplained disappearance spirals into an unrelenting murder mystery. In October 2014, local Michigan police chief Laura Frizzo faced a perplexing missing-person case. It was not like Chris Regan, a devoted father and dependable employee, to take off without explanation. When Frizzo learned Chris was having an affair with Kelly Cochran, a married co-worker, suspicion fell on Kelly’s hulking husband, Jason. Soon after that the Cochrans abruptly moved to Indiana. Sixteen months later, Jason Cochran died from a drug overdose. Friends and family rallied around the grieving Kelly. But when the coroner ruled Jason’s death a homicide, no one reacted more bizarrely than his widow. Detectives tried to put Kelly’s past into focus. But the horrific truth was hidden under a near-perfect patchwork of lies. Veteran investigative journalist M. William Phelps expertly reveals Kelly Cochran’s staggering saga of murder, revenge, and payback. “Anything by Phelps is an eye-opening experience.” —Suspense Magazine “Phelps knows how to work it.” —Marilyn Stasio, The New York Times Book Review “Master of true crime.” —Real Crime magazine

They smelled the foul odors. They heard the power saw buzzing in the dead of night but neighbors never imagined the horrors happening right next door. The hot sultry night of July 22, 1991 was one the tenants of the Oxford Apartments would never forget. A panic stricken young man--a pair of handcuffs still dangling from his wrists--ran out of Apartment 213 and told police an incredible tale of terror. Shaking with fear, he led officers back to his captor's lair, where they made the gruesome discovery. Inside were the body parts of at least fifteen men--including torsos stuffed into a barrel, severed heads in a refrigerator, and skulls boiled clean and stashed in a filing cabinet. Tacked to the freezer were Poloroid photographs of mutilated corpses. When investigators arrested 31-year-old Jeffrey Dahmer, they realized they had stumbled onto a "real-life Hannibal Lecter"--a sadistic murderer who told them he had saved a human heart "to eat later". What could turn a handsome, former tennis player, the son of middle-class parents, into a perverse serial killer whose unthinkable acts shocked the nation? The Jeffrey Dahmer Story takes you into Jeffrey Dahmer's twisted world of bizarre sexual encounters, mutilation and cannibalism--in one of history's most appalling true crime cases. With 8 pages of chilling photographs.

Henry Lee Lucas confessed to involvement in hundreds of murders between 1960 and 1983, and still maintains the reputation as one of the world's worst serial killers - even after the debunking of the majority of his confessions.