All Lock Gilkenney wants is a family. But he’ll have to cross the line to get one. Lock is a dedicated investigator at Child Protective Services. An anonymous report of neglect comes in. He responds and finds the kids in good health. Lock concludes the report was a ruse, possibly part of a scheme to make Natalie Mannheim, the kids’ mother, look bad in an upcoming divorce trial. Natalie needs Lock’s expertise to help her win custody—and a multi-million-dollar divorce settlement. He realizes she doesn't have a prayer in court against her shrewd husband, and only Lock can help her now. Lock knows all about addiction, and he’s aware of the powerful hold Natalie has on him. But he can’t get her out of his head. Lock is caught between his commitment to take the high road and his burning desire to have a family. In this story of love, lust, deceit and murder, what Lock chooses to do will grab your imagination and never let go.

Read Martina Cole's iconic first novel, Dangerous Lady - the novel that crowned her the Queen of Crime - and it's gripping sequel, Maura's Game. Available together for the first time, discover Cole's classic heroine, Maura Ryan, in these bestselling novels. DANGEROUS LADY. MAURA's GAME. No one thinks she could take on the hard men of London's criminal underworld but it would be a mistake to underestimate Maura Ryan: she's tough, clever and beautiful - which makes her one very dangerous lady. Maura is back and she's as lethal as ever... PRAISE FOR MARTINA COLE: 'The stuff of legend. . . utterly compelling' Mirror 'Intensely readable' Guardian 'There really is only one Martina Cole' Closer 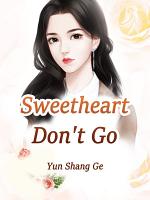 In order to regain her wealth, she married into a rich family and became the wife of a stranger. Not long after their marriage, she personally sent the hot beauty to her new husband's bed ... When his plot had been exposed on the spot, he used a piece of paper to tie her to him. "Gu Bei Zhen, what is your purpose?" He smiled lightly as he held her in his arms. He loved her and pampered her for her impudence, but he also broke off her proud wings and kept her by his side. What he wanted was only her sincerity.

Jena Parker finds herself part of a mercenary army after its leader frees her from prison to fight his ruthless enemy in a war that started long ago. Now one of the recruits, Jena discovers there is more going on when she sees some of her fellow inmates have also been taken from prison and recruited to fight in this bloody conflict. At the same time, Jake Paterson, the love of Jena’s life, learns she has vanished. He begins a relentless search, only to discover that a corrupt police officer was involved in her disappearance. Desperate to uncover the truth, Jake seeks out his best friend, Ken Stewart. The two confront the crooked cop and force him to confess to the mysterious kidnapping ring. Jake and Ken then enlist an adventurous author and several others to help them rescue Jena. Jena, now fighting forces beyond her control, sees her past and present merging. Knowing the time has come to confront her dark side, and haunted by the man who murdered her father, she yearns to face her demons once and for all and find the light she believes lives within her. But will Jake and his team get to her in time? Will the lovers be reunited? Will she ever overcome her cold and blood-soaked past? While she’s caught between the two vicious armies, she also realizes the time has come to fight the hardest battle of all, to win her souls redemption which leads her to the only thing she has left: her final resolution.

For decades, Steven Curtis Chapman's music and message have brought hope and inspiration to millions around the world. Now, for the first time, Steven openly shares the experiences that have shaped him, his faith, and his music in a life that has included incredible highs and faith-shaking lows. Readers will be captivated by this exclusive look into Steven's childhood and challenging family dynamic growing up, how that led to music and early days on the road, his wild ride to the top of the charts, his relationship with wife Mary Beth, and the growth of their family through births and adoptions. In addition to inside stories from his days of youth to his notable career, including the background to some of his best-loved songs, readers will walk with Steven down the devastating road of loss after the tragic death of five-year-old daughter Maria. And they'll experience his return to the stage after doubting he could ever sing again. Poignant, gut-wrenchingly honest, yet always hopeful, Steven offers no sugary solutions to life's toughest questions. Yet out of the brokenness, he continues to trust God to one day fix what is unfixable in this life. This backstage look at the down-to-earth superstar they've come to love will touch fans' lives and fill their hearts with hope. Includes black-and-white photos throughout.

In July 2009, former Celtic and Wales soccer star John Hartson was diagnosed with testicular cancer, which had also spread to his lungs and brain. But before his treatment even began, John came to the brink of death after contracting pneumonia, ceasing to breathe and undergoing emergency brain surgery. Against all the odds, he pulled through, and in Please Don't Go he documents his incredible fight for life. Profoundly moving, John's own story is interwoven with the poignant recollections of his pregnant wife, Sarah, as well as with extracts from his sister Victoria's personal diary. This remarkable book covers the five-week period during which John's survival was most in jeopardy. John's truly inspirational account of how he has managed to overcome a very aggressive form of cancer will offer hope and courage to others affected by the disease. It is a touching and ultimately uplifting insight into the bravery of the popular football hero, who has fought back to full health in the face of adversity.

Coldness is in the eyes of the beholder....Is Jena Parker a cold person? Does something dark curl within her, waiting to spring? It doesn’t appear so on the surface. Actually, Jena Parker seems blessed: She is young and beautiful. She has parents who love her and a supportive best friend, Jake Paterson, who always has her back. Even so, there is a creeping sensation she feels inside—something hopeless, something dark. Worse, it seems her neighbor spying on her. One day, Jena catches the strange Mr. McNeil watching her. The man has always made Jena uncomfortable, but now more than ever, she feels something bad might happen. That something bad manifests itself in Jake, when he tells Jena he loves her. But Jena doesn’t see Jake that way and is worried he could ruin their friendship forever with his confession. Things take another turn for the worse when Jena’s father goes missing. Someone is out to get this eighteen year old, and she knows it. Even her dreams are warning her to beware, but what does Jena have to fear more—predators who mean to harm or her internal monster, poised to attack? Even a nice, normal girl can be pushed over the edge by horrendous circumstance. What is Jena willing to do to get her father back? With no one left to trust, Jena Parker may lose more than a parent; she could possibly lose her mind.

Ben Myers play "Walking with Shadows" is one of several plays he wrote whilst at the renowned Watermill Theatre in Newbury, Berkshire. His work has appeared on the WJEC GCSE drama curriculum in the UK, and been widely studied in schools for several years. He has worked as a creative education consultant for National Drama and the Arts Council, delivering workshops to Drama and English teachers. He is also a published childrens author, pioneering creative practice in primary education for the involvement of children in the creation of a novel, discussing this on Radio 4. He moved from theatre to film in 2005 when he adapted "Walking with Shadows" into a feature length film starring Leslie Phillips, assuming the roles of Director and Executive Producer. He was a guest lecturer and Artist in Residence at the Midnite International Dramatic Arts Festival in Perth, Western Australia, and has regularly appeared in the media discussing his various creative and educational projects. He is an award winning independent filmmaker as writer/director of "Nuryan", which won the best horror/sci fi category at the London Independent Film festival (LIFF)

“This is a story as old as time itself, and yet as fresh as the morning dew! It is a story that was told long ago and is a story that will be told for years to come!” — Molly Brown, editor From a young boy’s rough world to the warmness of a young girl’s kind heart. We invite you to come and experience a true and powerful journey of a lifetime, into a world where most can only dream of and only those with the courage get to experience. If you are ready to experience true love and are ready to let all of your emotions guide you into our world, then we are ready to share our world with you and if you have the courage to go forward then we shall give you the opportunity to decide how this true and powerful story will end.

“Forgive me sweetheart. I should’ve called you the moment I reached Saudi Arabia. After reaching Saudi Arabia, it took me two weeks for organizing everything.” Su said, “What name should I use to save your number?” Rafiq replied, “Why? The name Rafiq is good enough, isn’t it?” “No. it’s a very common name. I’ll save your number as Hissain.” Rafiq asked, “What’s the meaning of it?” “Gem.” Rafiq smiled and said, “Then let it be so.” That’s the story of a secret love. Love that overcomes difficulties and diversities. Myanmar: the number of Rohingya Muslims has increased in Ruthi Daung district. At the moment they are majority only in Maung Dao in the border area but if things continue like this one day their number in Ruthi Daung will also exceed the Buddhist population. …Than Kin looked at his master and said, “I’m scared to even think about what’ll happen to us then. In Maung Dao the quarrels between Hindus and the Muslims never end. The Hindus and Buddhists are fed up with these Rohingyas pestering them. Be it today or tomorrow, I think we have to take out the seed of this chaos.” Some time ago, the author visited the Shamlapur Refugee Camp at Cox’s Bazaar. There, he met the Rohingya refugees and heard their stories. When he returned, he undertook the project to portray the genocide committed against them. Tarek Masud, the second child of Mr. Abu Mohsin and Latifa Akhter, was born on 9th November, 1963, at Dhaka Medical College. For a while he studied in the US, but later he came back and received BA and postgraduate degrees on English Literature from Dhaka International University, located in Dhaka, Bangladesh. Following his grandfather’s footsteps, he had been in the teaching profession for almost 20 years, before entering the world of literature. With a profound fascination for Bangla Literature, after retirement, he wrote his first novel titled Rahmat Ali. It was followed by two collections of short stories Poncho Batika (Five Tablets) and Spondon (The Pulse). His latest novel is called The Harbinger.