From 1970 until his death in 2000, Hafiz Asad ruled Syria with an iron fist. His regime controlled every aspect of daily life. Seeking to preempt popular unrest, Asad sometimes facilitated the expression of anti-government sentiment by appropriating the work of artists and writers, turning works of protest into official agitprop. Syrian dissidents were forced to negotiate between the desire to genuinely criticize the authoritarian regime, the risk to their own safety and security that such criticism would invite, and the fear that their work would be co-opted as government propaganda, as what miriam cooke calls “commissioned criticism.” In this intimate account of dissidence in Asad’s Syria, cooke describes how intellectuals attempted to navigate between charges of complicity with the state and treason against it. A renowned scholar of Arab cultures, cooke spent six months in Syria during the mid-1990s familiarizing herself with the country’s literary scene, particularly its women writers. While she was in Damascus, dissidents told her that to really understand life under Hafiz Asad, she had to speak with playwrights, filmmakers, and, above all, the authors of “prison literature.” She shares what she learned in Dissident Syria. She describes touring a sculptor’s studio, looking at the artist’s subversive work as well as at pieces commissioned by the government. She relates a playwright’s view that theater is unique in its ability to stage protest through innuendo and gesture. Turning to film, she shares filmmakers’ experiences of making movies that are praised abroad but rarely if ever screened at home. Filled with the voices of writers and artists, Dissident Syria reveals a community of conscience within Syria to those beyond its borders.

Across the Arab world, protesters voiced dissent through slogans, graffiti, puppetry, videos, and satire that called for the overthrow of dictatorial regimes. Investigating what drives people to risk everything to express themselves in rebellious art, Marwan M. Kraidy uncovers the creative insurgency at the heart of the Arab uprisings of 2010–2012. 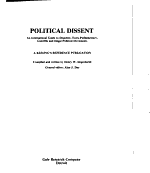 Syria is now one of the most important countries in the world for the documentary film industry. Since the 1970s, Syrian cinema masters played a defining role in avant-garde filmmaking and political dissent against authoritarianism. After the outbreak of violence in 2011, an estimated 500,000 video clips were uploaded making it one of the first YouTubed revolutions in history. This book is the first history of documentary filmmaking in Syria. Based on extensive media ethnography and in-depth interviews with Syrian filmmakers in exile, the book offers an archival analysis of the documentary work by masters of Syrian cinema, such as Nabil Maleh, Ossama Mohammed, Mohammed Malas, Hala Al Abdallah, Hanna Ward, Ali Atassi and Omar Amiralay. Joshka Wessels traces how the works of these filmmakers became iconic for a new generation of filmmakers at the beginning of the 21st century and maps the radical change in the documentary landscape after the revolution of 2011. Special attention is paid to the late Syrian filmmaker and pro-democracy activist, Bassel Shehadeh, and the video-resistance from Aleppo and Raqqa against the regime of President Bashar al-Assad and the Islamic State. An essential resource for scholars of Syrian Studies, this book will also be highly relevant to the fields of media & conflict research, anthropology and political science. 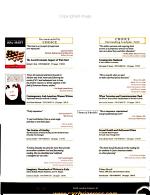 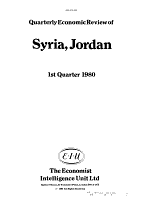