"I've done everything in the theatre except marry a property man," Fanny Brice once boasted. "I've acted for Belasco and I've laid 'em out in the rows at the Palace. I've doubled as an alligator; I've worked for the Shuberts; and I've been joined to Billy Rose in the holy bonds. I've painted the house boards and I've sold tickets and I've been fired by George M. Cohan. I've played in London before the king and in Oil City before miners with lanterns in their caps." Fanny Brice was indeed show business personified, and in this luminous volume, Herbert G. Goldman, acclaimed biographer of Al Jolson, illuminates the life of the woman who inspired the spectacularly successful Broadway show and movie Funny Girl, the vehicle that catapulted Barbra Streisand to super stardom. In a work that is both glorious biography and captivating theatre history, Goldman illuminates both Fanny's remarkable career on stage and radio--ranging from her first triumph as "Sadie Salome" to her long run as radio's "Baby Snooks"--and her less-than-triumphant personal life. He reveals a woman who was a curious mix of elegance and earthiness, of high and low class, a lady who lived like a duchess but cursed like a sailor. She was probably the greatest comedienne the American stage has ever known as well as our first truly great torch singer, the star of some of the most memorable Ziegfeld Follies in the 1910s and 1920s, and Goldman covers her theatrical career and theatre world in vivid detail. But her personal life, as Goldman shows, was less successful. The great love of her life, the gangster Nick Arnstein, was dashing, handsome, sophisticated, but at bottom, a loser who failed at everything from running a shirt hospital to manufacturing fire extinguishers, and who spent a good part of their marriage either hiding out, awaiting trial, or in prison. Her first marriage was over almost as soon as it was consummated, and her third and last marriage, to Billy Rose, the "Bantam Barnum," ended acrimoniously when Rose left her for swimmer Eleanor Holm. As she herself remarked, "I never liked the men I loved, and I never loved the men I liked." Through it all, she remained unaffected, intelligent, independent, and, above all, honest. Goldman's biography of Al Jolson has been hailed by critics, fellow biographers, and entertainers alike. Steve Allen called it "an amazing job of research" and added "Goldman's book brings Jolson back to life indeed." The Philadelphia Inquirer said it was "the most comprehensive biography to date," and Ronald J. Fields wrote that "Goldman has captured not only the wonderful feel of Al Jolson but the heartbeat of his time." Now, with Fanny Brice, Goldman provides an equally accomplished portrait of the greatest woman entertainer of that illustrious era, a volume that will delight every lover of the stage.

Traces the life and career of the popular entertainer, describes her apprearances in burlesque, vaudeville, drama, musical revues, film, and radio, and discusses the secrets of her success

Biography of the Ziegfeld and Broadway show girl. 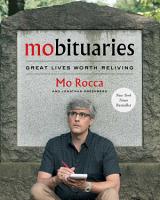 From beloved CBS Sunday Morning correspondent and humorist Mo Rocca, an entertaining and rigorously researched book that celebrates the dead people who have long fascinated him. Mo Rocca has always loved obituaries—reading about the remarkable lives of global leaders, Hollywood heavyweights, and innovators who changed the world. But not every notable life has gotten the send-off it deserves. His quest to right that wrong inspired Mobituaries, his #1 hit podcast. Now with Mobituaries, the book, he has gone much further, with all new essays on artists, entertainers, sports stars, political pioneers, founding fathers, and more. Even if you know the names, you’ve never understood why they matter...until now. Take Herbert Hoover: before he was president, he was the “Great Humanitarian,” the man who saved tens of millions from starvation. But after less than a year in the White House, the stock market crashed, and all the good he had done seemed to be forgotten. Then there’s Marlene Dietrich, well remembered as a screen goddess, less remembered as a great patriot. Alongside American servicemen on the front lines during World War II, she risked her life to help defeat the Nazis of her native Germany. And what about Billy Carter and history’s unruly presidential brothers? Were they ne’er-do-well liabilities…or secret weapons? Plus, Mobits for dead sports teams, dead countries, the dearly departed station wagon, and dragons. Yes, dragons. Rocca is an expert researcher and storyteller. He draws on these skills here. With his dogged reporting and trademark wit, Rocca brings these men and women back to life like no one else can. Mobituaries is an insightful and unconventional account of the people who made life worth living for the rest of us, one that asks us to think about who gets remembered, and why. 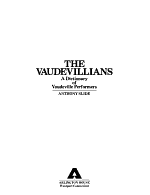 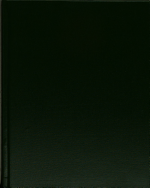 Provides information on the performances, composers, lyricists, songs, and stars of over five hundred shows.