Fobbit ’fä-b t, noun. Definition: A U.S. soldier stationed at a Forward Operating Base who avoids combat by remaining at the base, esp. during Operation Iraqi Freedom (2003–2011). Pejorative. Welcome to the FOB – Baghdad’s Forward Operating Base Triumph. This is the back-office of the battlefield, where Staff Sergeant Chance Gooding (a Fobbit through and through) spends his days tapping out press releases to turn the latest roadside bomb into something the folks back home can read about over their breakfast cereal. This is where male and female soldiers are trying to find an empty Porta-Potty in which to get acquainted, grunts are playing Xbox between missions, and most of the senior staff are more concerned about getting to the chow hall in time for the Friday night all-you-can-eat seafood special than worrying about little things like military strategy. This is where things can very quickly spiral out of control.

This memoir tells the story of one soldier's deployment to Iraq and parts of his personal story that led to that deployment. This is not a normal war story. This is a story of a Fobbit, a soldier that never went on missions, that saw nothing of traditional war. Yet, it is a tale that captures the peculiar nature of modern warfare in a way like no other story does.

Since 9/11, war literature has become a key element in American popular culture, spurring critical debate about depictions of combat--Who can write war literature? When can they do it? This book presents a new way to closely read war narratives, questioning the idea of "combat gnosticism"--the belief that the experience of war is impossible to communicate to those who have not seen it--that has dominated the discussion. Adapting Kenneth Burke's scapegoat mechanism to the criticism of literature and film, the author examines three novels from 2012--Ben Fountain's Billy Lynn's Long Halftime Walk, David Abrams's FOBBIT and Kevin Powers' The Yellow Birds--that represent the U.S. military responses to 9/11.

From the author of Fobbit: “A stirring, sardonic war story . . . Mordantly funny and harrowing . . . Reminiscent of such classic war novels as Catch-22” (Tampa Bay Times). A Military Times Best Book of 2017, Brave Deeds is a compelling novel of war, brotherhood, and America. Spanning eight hours, the novel follows a squad of six AWOL soldiers as they attempt to cross war-torn Baghdad on foot to attend the funeral of their leader, Staff Sergeant Rafe Morgan. As the men make their way to the funeral, they recall the most ancient of warriors yet are a microcosm of twenty-first-century America, and subject to the same human flaws as all of us. Drew is reliable in the field but unfaithful at home; Cheever, overweight and whining, is a friend to no one—least of all himself; and platoon commander Dmitri “Arrow” Arogapoulos is stalwart, yet troubled with questions about his own identity and sexuality. Emotionally resonant, true-to-life, and thoughtfully written, Brave Deeds is a gripping story of combat and of perseverance, and an important addition to the oeuvre of contemporary war fiction. “Earnest and affecting . . . The soldiers are foulmouthed, sex-obsessed and fiercely loyal for reasons they can’t quite articulate—in other words, packed with young American male authenticity. Abrams’s prose is relaxed and conversational, with a few scattered literary nuggets that add heft, like chunks of beef in a vegetable soup. . . . The mash-up works, and Abrams’s voice is clear and strong.” —Brian Castner, The Washington Post “Outstanding . . . With a little bit of humor and bumbling grace, these six soldiers magnify what is both beautiful and despairing about the American military.” —Missoulian

"Raw, direct, and powerful...This work is vitally important."—Ken Stern, former CEO of National Public Radio As a captain in the Army National Guard, Benjamin Tupper spent a year in Afghanistan. Separated from most of his unit, Ben, along with his partner Corporal Radoslaw “Ski” Polanski, served in an Embedded Training Team, teaching, training, and leading into combat the green Afghan troops. But what they experienced went well beyond the assigned mission, and the war proved to be a mix of drudgery, absurdity, and ever-present dangers. Writing and recording from a remote outpost, Tupper began to share his stories with Americans back home. His boots-on-the-ground dispatches were broadcast on NPR’s Morning Edition and published on Slate.com’s military blog, The Sandbox. In Greetings from Afghanistan: Send More Ammo, Benjamin Tupper’s chronicling of life under fire pulls the reader into the realities of war with poignancy, humor, and vivid reality, offering a unique and compelling firsthand view of the Afghan people, their culture, and a battle for survival that began long before the Americans arrived. 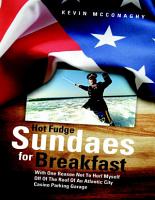 This book depicts only fictional people, places, and things. Any similarities between anything written on the pages of this book and any actual event that may have occurred since that moment when the first human indirectly crawled out of the ocean to proclaim him or herself the first King of Earth and began subjugating the “others,” is 100% coincidental. Furthermore, if you honestly believe that anything in this book is about you, then you are likely suffering from some form of schizophrenic or narcissistic personality disorder and need “help.” But for the sake of argument, I’ll play along with your delusional vanity. Let’s say that this book is 100% about you, like everything else in your self-deluding mind. So what! In a little 100 years, no one will remember that you ever existed! So stop whining about everything! All you do is whine about everything, and feel sorry for yourself! And if you actually think about it, the entire notion of eating a hot fudge sundae for breakfast is ludicrous anyway.