Search Results for: grace is enough

While actor Willie Aames (Eight Is Enough, Charles in Charge) was at the peak of Hollywood success, his future wife, Maylo Upton, was a teenage runaway, eating out of trash bins and living on the streets to escape the sexual crimes of her cult-ruined mother’s barbaric boyfriend. By the time Willie met Maylo, his star was falling because of sex, drugs, rock and roll, and family problems while her acting career was starting to rise. Together, they found God and got their messy lives clean, but the ghosts from their gritty past would duly roughen the road to victory. Grace Is Enough is their fascinating insider story of fame and infamy, spiritual regrets and renewal, and the ultimate realization that with God all things are possible. It will appeal to and greatly inspire everyone from pop culture fans to the traditional Christian nonfiction reader. Endorsements "If you think this is just another Hollywood tell-all book, think again. This story is so much more; it will shock you, but most importantly, it will give you hope and remind us all that God is alive and still in the miracle business." —Rick Burgess and Bill "Bubba" Bussey, radio hosts, The Rick & Bubba Show “Willie and Maylo's honesty make this book a heartfelt read. It is inspiring to see a couple so devoted to each other and to their faith.”—Lori Loughlin, television actress, Full House "A fascinating true story that could only emerge from Hollywood. Grace Is Enough is honest, riveting, and unfolds in a compelling way that only a real-life drama can."—Tom Russo, president, Intermedia Television and former vice president of development, Paramount Pictures "Grace Is Enough offers an unflinching portrayal of both the grimmest of human nature and the most extraordinary of the human spirit. Willie and Maylo's story is an emotionally brutal one made utterly compelling by uncovering hope and dignity within the midst of fame, greed, lust, excess, and ultimate betrayal. The candid account of these two lives is both touching and disturbing, but in the end, one of the most remarkable and inspiring stories I have ever read."—Chris Maul, Grammnet Productions “Willie and Maylo have been the main characters in their own exciting, action-filled, suspenseful, dramatic and sometimes tragic life story. Their devotion to God and to one another inspires us to reach past the pain and the obstacles in our own lives in order to come to the place where we can agree with them . . . grace is enough.” —Kathy Troccoli, singer, speaker, and author

How to serve and glorify God in everything we do.

Do you ever feel caught in an endless cycle of working harder and longer to get more while enjoying life less? The Stewart family did—and they decided to make a radical change. Popular Catholic blogger and podcaster Haley Stewart explains how a year-long internship on a sustainable farm changed her family’s life for the better, allowing them to live gospel values more intentionally. When Haley Stewart married her bee-keeping sweetheart, Daniel, they dreamed of a life centered on home and family. But as the children arrived and Daniel was forced to work longer hours at a job he liked less and less, they dared to break free from the unending cycle of getting more yet feeling unfufilled. They sold their Florida home and retreated to Texas to live on a farm with a compost toilet and 650 square feet of space for a family of five. Surprisingly, they found that they had never been happier. In The Grace of Enough, Stewart shares essential elements of intentional Christian living that her family discovered during that extraordinary year on the farm and that they continue to practice today. You, too, will be inspired to: live simply offer hospitality revive food culture and the family table reconnect with the land nurture community prioritize beauty develop a sense of wonder be intentional about technology seek authentic intimacy center life around home, family, and relationships Drawing from Pope Francis’s encyclical on the environment, Laudato Si’, Stewart identifies elements of Catholic social teaching that will enhance your life and create a ripple effect of grace to help you overcome the effects of today’s “throwaway” culture and experience a deeper satisfaction and stronger faith.

For days when you're feeling stressed, worried, or simply seeking inspiration, this beautifully written women's devotional will lift you up and help you find calm amid the chaos of life today. Grace Is Enough is a 30-day devotional for women who are seeking to build confidence and fight anxiety with the use of God's word. Through poignant personal essays and stories from the Bible, author Courtney Fidell shares inspiring messages to help you overcome your insecurities and find freedom and peace through the power of prayer. Grace Is Enough features: • 30 days of devotional passages featuring the author's personal essays and Bible stories to help you ease common anxieties and insecurities, like feeling unqualified, jealous, fearful, restless, or overwhelmed • Original prayers and personal reflections to help you process your own thoughts and feelings • Modern artwork and minimalist design

His Grace is Enough is a book written with the hope of helping Christians better understand the Grace, Love and Forgiveness that God provides to us. His Grace is Enough includes the personal testimony of how God's Grace has impacted his own life in a number of remarkable and extraordinary ways during the past fifteen years. The author believes that many Christians miss the blessing of these three very fundamental and important theological truths found in Scripture. Tom hopes that by writing His Grace is Enough, many more Christians will be able to take hold of and effectively apply those truths in their own lives, so they might have a much deeper appreciation of God's gift of Grace and a more meaningful relationship with Him and others. Thomas Bartel Scottsdale, Arizona 2007 Tom accepted Jesus Christ as his personal savior in 1991. Since that time he has been involved in several areas of ministry including divorce recovery, divorce prevention, reconciliation, marriage preparation and evangelism. Tom was the founding Executive Director of the Arizona Alliance for Faith Based and Community Action in 2001. Tom has participated in a number of missions to South America, traveling to Argentina, Uruguay and Paraguay to establish new Evangelical Bible churches in those countries. Tom graduated from Fuller Theological Seminary in 2005 with a Master's in Theology, Biblical Studies, emphasis in Family and Pastoral Counseling. Tom has also developed a website ministry called savebyhisgrace.org for Evangelism Outreach. He presently lives in Scottsdale, Arizona and attends Highlands Community Church there. 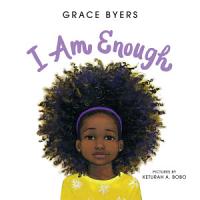 A #1 New York Times bestseller and Goodreads Choice Awards picture book winner! This is the perfect gift for mothers and daughters, baby showers, and graduation. This gorgeous, lyrical ode to loving who you are, respecting others, and being kind to one another comes from Empire actor and activist Grace Byers and talented newcomer artist Keturah A. Bobo. We are all here for a purpose. We are more than enough. We just need to believe it. Plus don't miss I Believe I Can—the next beautiful picture celebrating self-esteem from Grace Byers and Keturah A. Bobo! 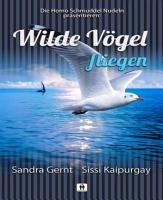