Chinese-born Cece was adopted when she was two years old by her American parents. Living in Texas, she's bored of her ho-hum high school and dull job. So when she learns about the S.A.S.S. program to Xi'an, China, she jumps at the chance. She'll be able to learn about her passion - anthropology - and it will give her the opportunity to explore her roots. But when she arrives, she receives quite a culture shock. And the closer she comes to finding out about her birth parents, the more apprehensive she gets. Enter Will, the cute guy she first meets on the plane. He and Cece really connect during the program. But can he help her get accustomed to a culture she should already know about, or will she leave China without the answers she's been looking for?

Power Geopolitics in the Pacific Age: East Asia, the United Nations, the United States and Micronesia at the Edge of the 21st Century, 1991-2001 is not only a historical review of the Pacific Rim and Pacific Islands throughout the 1990s, but also a prognostication of the entire area for the coming century.

In late 1998 and the early months of 1999, the International Olympic Committee (IOC) was an organization in crisis. Revelations of a slush fund employed by Salt Lake City officials to secure votes from a number of IOC members in support of the city’s bid for the 2002 Olympic Winter Games invited intense scrutiny of the organization by the international media. The IOC and its president, Juan Antonio Samaranch, staggered through the opening weeks of the scandal, but ultimately Samaranch and key actors such as IOC vice president Richard Pound, marketing director Michael Payne, and director-general François Carrard weathered the storm. They also safeguarded the IOC’s autonomy and subsequently spearheaded the push for reforms to the Olympic Charter, intended to better position the IOC for the twenty-first century. In Tarnished Rings, the authors delve into this fascinating story, exploring the genesis of the scandal and charting the IOC’s efforts to bring stability to its operations. Based on extensive research and unparalleled access to primary and source material, the authors offer a behind-the-scenes account of the politics surrounding the IOC and the bidding process. Wenn, Barney, and Martyn’s potent examination of this critical episode in Olympic history and of the presidency of Samaranch, who brought sweeping changes to the Olympic Movement in the 1980s and 1990s, offers valuable lessons for those interested in the IOC, the Olympic Movement, and the broader concepts of leadership and crisis management.

From his unique vantage point as the dean of Dallas sports writers, Bob St. John brings us a soul-stirring portrait of one of America's most loved heroes-Tom Landry-who was, for twenty-nine years, the Dallas Cowboys' only head coach.Recounting Landry's phenomenal rise to coaching fame, St. John gives us glimpses of Landry as the intramural champion in light heavyweight boxing at the University of Texas, the decorated military veteran, the rugged college halfback, and the dedicated husband and father of a family that mattered more to him than any of his legendary football teams.For years St. John covered the Cowboys for the Dallas Morning News. So he brings to these pages a wealth of inside tales and touching vignettes of the coach who made them "America's team." As he traces the Cowboys' illustrious history to show us Tom Landry in action, St. John chronicles Those first agonizing years when the talent-poor Cowboys got pulverized by tough NFL teams The incredible ten-year coaching contract Murchison awarded to Landry after his first four humiliating seasons The first glimmerings of glory when Don Meredith, Bob Lilly, Mel Renfro, Lee Roy Jordan, and Walt Garrision became household names The Glory years-the Staubach years-with back-to-back Super Bowl contending teams The dog-days at the end of Landry's coaching career when the NFL's parity rules depleted the Cowboy's arsenal once more The seismic shock in Dallas when the team's new owner fired the world's favorite coachThousands gathered to honor "the man in the hat" shortly before he died. Former President George Bush said to him, "You're an inspiration to all who have ever watched or played the game of football." St. John recalls that moment: "As Landry walked off the speaker's stand it would be the last time most people would ever see him. That familiar face that seemed to be chiseled in stone with deep-set, pale eyes that could almost become slits when he smiled or deeply concentrated the chine that jutted out would become a fading memory. And then Landry walked away and was gone."But he has not been forgotten.

Monuments around the world have become the focus of intense and sustained discussions, activism, vandalism, and removal. Since the convulsive events of 2015 and 2017, during which white supremacists committed violence in the shadow of Confederate symbols, and the 2020 nationwide protests against racism and police brutality, protesters and politicians in the United States have removed Confederate monuments, as well as monuments to historical figures like Christopher Columbus and Dr. J. Marion Sims, questioning their legitimacy as present-day heroes that their place in the public sphere reinforces. The essays included in this anthology offer guidelines and case studies tailored for students and teachers to demonstrate how monuments can be used to deepen civic and historical engagement and social dialogue. Essays analyze specific controversies throughout North America with various outcomes as well as examples of monuments that convey outdated or unwelcome value systems without prompting debate. 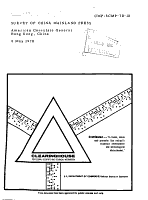