In looking at the history of collecting, one may be excused for regarding it as an activity in which, traditionally, women have shown little interest or in which they have not been involved. As the present volume shows, women—particularly aristocratic women—not only resisted this discrimination through the ages, but also built important collections and used them to their own advantage, in order to make statements about their lineage, power, cultural heritage or religious preferences. That is not to say that there was not an increasing number of middle-class women who became draughtswomen, painters and natural scientists and who found it equally beneficial for their chosen profession to collect. In every case, the female collector chose to collect and what to collect; she chose how and where to present the collection and she also decided when to dispose of objects, thereby occasionally taking on a curatorial role. Women have been seen as gatherers of furnishings, jewellery, dress and objects of domestic life. This third volume in the Collecting & Display series of conference proceedings challenges such perceptions through the detailed analysis of different types of collecting by women from the early modern period onwards; it thus seeks to give a voice to a group of important female collectors from the sixteenth to the early nineteenth century whose importance for the history of collecting has not yet, or not sufficiently, been acknowledged.

Global in reach, this innovative text offers a thematic examination of the unprecedented changes in the realms of politics, demography, economics, culture, knowledge, and kinship that women have brought about since 1900.

This book argues for the importance of bringing women and gender more directly into the dynamic field of exposition studies. Reclaiming women for the history of world fairs (1876-1937), it also seeks to introduce new voices into these studies, dialoguing across disciplinary and national historiographies. From the outset, women participated not only as spectators, but also as artists, writers, educators, artisans and workers, without figuring among the organizers of international exhibitions until the 20th century. Their presence became more pointedly acknowledged as feminist movements developed within the Western World and specific spaces dedicated to women’s achievements emerged. International exhibitions emerged as showcases of "modernity" and "progress," but also as windows onto the foreign, the different, the unexpected and the spectacular. As public rituals of celebration, they transposed national ceremonies and protests onto an international stage. For spectators, exhibitions brought the world home; for organizers, the entire world was a fair. Women were actors and writers of the fair narrative, although acknowledgment of their contribution was uneven and often ephemeral. Uncovering such silence highlights how gendered the triumphant history of modernity was, and reveals the ways women as a category engaged with modern life within that quintessential modern space—the world fair.

Japonisme, the nineteenth-century fascination for Japanese art, has generated an enormous body of scholarship since the beginning of the twenty-first century, but most of it neglects the women who acquired objects from the Far East and sold them to clients or displayed them in their homes before bequeathing them to museums. The stories of women shopkeepers, collectors, and artists rarely appear in memoirs left by those associated with the japoniste movement. This volume brings to light the culturally important, yet largely forgotten activities of women such as Clémence d'Ennery (1823–1898), who began collecting Japanese and Chinese chimeras in the 1840s, built and decorated a house for them in the 1870s, and bequeathed the “Musée d'Ennery” to the state as a free public museum in 1893. A friend of the Goncourt brothers and a fifty-year patron of Parisian dealers of Asian art, d'Ennery's struggles to gain recognition as a collector and curator serve as a lens through which to examine the collecting and display practices of other women of her day. Travelers to Japan such as the Duchesse de Persigny, Isabella Stewart Gardner, and Laure Durand- Fardel returned with souvenirs that they shared with friends and family. Salon hostesses including Juliette Adam, Louise Cahen d'Anvers, Princesse Mathilde, and Marguerite Charpentier provided venues for the discussion and examination of Japanese art objects, as did well-known art dealers Madame Desoye, Madame Malinet, Madame Hatty, and Madame Langweil. Writers, actresses, and artists-Judith Gautier, Thérèse Bentzon, Sarah Bernhardt, and Mary Cassatt, to name just a few- took inspiration from the Japanese material in circulation to create their own unique works of art. Largely absent from the history of Japonisme, these women-and many others-actively collected Japanese art, interacted with auction houses and art dealers, and formed collections now at the heart of museums such as the Louvre, the Musée Guimet, the Musée Cernuschi, the Musée Unterlinden, and the Metropolitan Museum of Art.

"Collections: A Journal for Museum and Archives Professionals" is a multi-disciplinary peer-reviewed journal dedicated to the discussion of all aspects of handling, preserving, researching, and organizing collections. Curators, archivists, collections managers, preparators, registrars, educators, students, and others contribute.

From amassing sacred relics to collecting celebrity memorabilia, the impulse to hoard has gripped humankind throughout the centuries. But what is it that drives people to possess objects that have no conceivable use? To Have and To Hold is a captivating tour of collectors and their treasures from medieval times to the present, from a cabinet containing unicorn horns and a Tsar's collection of teeth to the macabre art of embalmer Dr. Frederick Ruysch, the fabled castle of William Randolph Hearst, and the truly preoccupied men who stockpile food wrappers and plastic cups. An engrossing story of the collector as bridegroom, deliriously, obsessively happy, wed to his possessions, till death do us part.

Gendering Modernism offers a critical reappraisal of the modernist movement, asking how gender norms of the time shaped the rebellion of the self-avowed modernists and examining the impact of radical gender reformers on modernism. Focusing primarily on the connections between North American and European modernists, Maria Bucur explains why it is imperative that we consider the gender angles of modernism as a way to understand the legacies of the movement. She provides an overview of the scholarship on modernism and an analysis of how definitions of modernism have evolved with that scholarship. Interweaving vivid case studies from before the Great War to the interwar period - looking at individual modernists from Ibsen to Picasso, Hannah Höch to Josephine Baker - she covers various fields such as art, literature, theatre and film, whilst also demonstrating how modernism manifested itself in the major social-political and cultural shifts of the 20th century, including feminism, psychology, sexology, eugenics, nudism, anarchism, communism and fascism. This is a fresh and wide-ranging investigation of modernism which expands our definition of the movement, integrating gender analysis and thereby opening up new lines of enquiry. Written in a lively and accessible style, Gendering Modernism is a crucial intervention into the literature which should be read by all students and scholars of the modernist movement as well 20th-century history and gender studies more broadly.

Writing a War of Words is the first investigation of a valuable archive of war-time notebooks documenting changes to the English language on the Home Front. Using unconventional sources, it explores the effect of war on the language of ordinary people, and reflects on the role of language as an interdisciplinary lens on history. 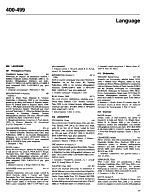 "... Provides a unique window into the lives of the women who collect and love these dolls"--P. [4] of cover. 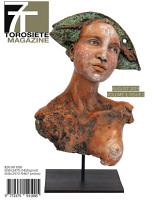