The second novel from the New York Times bestselling author of If You Were Here takes us back to the hair metal 80's. Twenty years after ruling the halls of her suburban Chicago high school, Lissy Ryder doesn’t understand why her glory days ended. Back then, she was worshipped...beloved...feared. Present day, not so much. She’s been pink-slipped from her high-paying job, dumped by her husband and kicked out of her condo. Now, at thirty-seven, she’s struggling to start a business out of her parents’ garage and sleeping under the hair-band posters in her old bedroom. Lissy finally realizes karma is the only bitch bigger than she was. Her present is miserable because of her past. But it’s not like she can go back in time and change who she was...or can she? 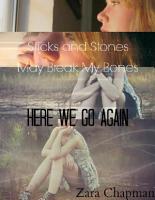 Keana is now starting High School. It's been a year since she last cut. She has become stronger. Her and Angel go into a new school, but has Tammy already down her throat about the cutting. It gets a few of her friends off, and it makes Keana relapse. Her mom then finds out, and goes into the school, but only about the bullying. The next day, Keana goes back but gets a lot of grief again. This time, she runs home, and tries to kill herself after a message from Tammy. She changes her mind, but after more crap, she tries again, this time, she gets rushed into hospital, and she finally wakes up. Angel suggests that she joins a help website so she can get help for the bullying, and self harm. She comes across Aiden, a friendly guy who is willing to help her. She notices that he’s only an hour away. One day when Keana is at school, Aiden comes and visits her... will Aiden help Keana get the help she deserves? Or will Keana not get the help she so desperately needs? 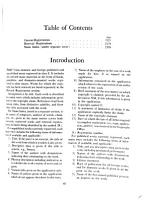 I have published two books now, part one and part two on here we go again; I am really enjoying writing about the trouble these boys get in to. My characters Kyle and Charlie are like chalk and cheese, but they are best of mates. Samuel might become their mate as well. Who knows what could happen next even Ivan might return and have a chance of becoming their mates. I would love to think that these books might bring some laughter and a smile upon some ones face, and if that happens then my work is done.

Here I go again is a story full of romance and great friendships, brave life choices and real magic. A lovely read for both Sunny Days and cosy Winter nights.

A memoir of Betty White's first five decades on television—as irreverent and irresistible as the beloved actress herself. Betty White first appeared on television in 1949 and has gone on to have one of the most amazing careers in TV history, starring in shows such as Life with Elizabeth, The Mary Tyler Moore Show, and The Golden Girls, among many others. She is one of the hardest-working actresses of any era, and her sense of humor and perennial optimism have seen her through half a century of industry changes and delighted millions of fans. Now, during Betty’s sixty-first year on screen, a year in which she has enjoyed a huge resurgence of popularity, her 1995 memoir makes a comeback too. Here We Go Again is a behind-the-scenes look at Betty’s career from her start on radio to her first show, Hollywood on Television, to several iterations of The Betty White Show and much, much more. Packed with wonderful anecdotes about famous personalities and friendships, stories of Betty’s off-screen life, and the comedienne’s trademark humor, this deliciously entertaining book will give readers an entrée into Betty’s fascinating life, confirming yet again why we can’t get enough of this funny lady.

The Ultimate 6x9 Blank Lined 120 Page Journal For: Llama Lovers Daily Journaling for women Or Anyone that loves the Musicals and Llamas 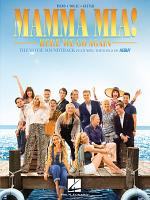 (Piano/Vocal/Guitar Songbook). This 2018 sequel/prequel to the popular 2008 film of the same name again features the music of '70s pop sensation ABBA. Our matching songbook includes the songs: Andante, Andante * Angel Eyes * Dancing Queen * Day Before You Came * Fernando * I Have a Dream * I Wonder (Departure) * I've Been Waiting for You * Kisses of Fire * Knowing Me, Knowing You * Mamma Mia * My Love My Life * The Name of the Game * One of Us * Super Trouper * Waterloo * When I Kissed the Teacher * Why Did It Have to Be Me?