Lyra Belacqua tries to prevent kidnapped children from becoming the subject of gruesome experiments, helps Will Parry search for his father, and finds that she and Will are caught in a battle between the forces of the Authority and those gathered by her uncle, Lord Asriel.

Northern Lights introduces Lyra, an orphan, who lives in a parallel universe in which science, theology and magic are entwined. Lyra's search for a kidnapped friend uncovers a sinister plot involving stolen children and turns into a quest to understand a mysterious phenomenon called Dust. In The Subtle Knife she is joined on her journey by Will, a boy who possesses a knife that can cut windows between worlds. As Lyra learns the truth about her parents and her prophesied destiny, the two young people are caught up in a war against celestial powers that ranges across many worlds and leads to a thrilling conclusion in The Amber Spyglass. The epic story Pullman tells is not only a spellbinding adventure featuring armoured polar bears, magical devices, witches and daemons, it is also an audacious and profound re-imagining of Milton's Paradise Lost. An utterly entrancing blend of metaphysical speculation and bravura storytelling, HIS DARK MATERIALS is a monumental and enduring achievement. 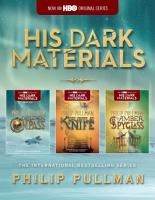 HIS DARK MATERIALS IS NOW AN HBO ORIGINAL SERIES STARRING DAFNE KEEN, RUTH WILSON, JAMES McAVOY, AND LIN-MANUEL MIRANDA! The Golden Compass, The Subtle Knife, and The Amber Spyglass are available together in one volume perfect for any fan or newcomer to this modern fantasy classic series that has graced the New York Times, Wall Street Journal, San Francisco Chronicle, Book Sense, and Publishers Weekly bestseller lists. These thrilling adventures tell the story of Lyra and Will—two ordinary children on a perilous journey through shimmering haunted otherworlds. They will meet witches and armored bears, fallen angels and soul-eating specters. And in the end, the fate of both the living—and the dead—will rely on them. Phillip Pullman’s spellbinding His Dark Materials trilogy has captivated readers for over twenty years and won acclaim at every turn. It will have you questioning everything you know about your world and wondering what really lies just out of reach. Honors and Praise for His Dark Materials: An Entertainment Weekly All-Time Greatest Novel A Newsweek Top 100 Book of All Time "Arguably the best juvenile fantasy novel of the past twenty years." —The Washington Post "Very grand indeed." —The New York Times “Pullman is quite possibly a genius.” —Newsweek Don't miss Philip Pullman's epic new trilogy set in the world of His Dark Materials! ** THE BOOK OF DUST ** La Belle Sauvage The Secret Commonwealth

Philip Pullman's classic trilogy is now available as a stunning bind-up edition with a new cover by acclaimed illustrator Chris Wormell. Since the first volume was published in 1995, and has been filmed as THE GOLDEN COMPASS, the trilogy has been acclaimed as a modern masterpiece, and has won the UK's top awards for children's literature. The Book of Dust, the long-awaited follow-up, was named Waterstones Book of the Year 2018. Today, the story of Lyra and her daemon is read and loved by adults and children alike.

Lyra Belacqua tries to prevent kidnapped children from becoming the subject of gruesome experiments, helps Will Parry search for his father, and finds that she and Will are caught in a battle between the forces of the Authority and those gathered by her uncle, Lord Asriel.

Living among scholars in the hallowed halls of Jordan College, Lyra hears rumors of a magical dust that supposedly possesses powers that can unite whole universes, and begins a difficult and dangerous journey to find it. Reissue. Teacher's Guide available.

HIS DARK MATERIALS IS SOON TO BE AN HBO ORIGINAL SERIES STARRING DAFNE KEEN, RUTH WILSON, JAMES McAVOY, AND LIN-MANUEL MIRANDA! Philip Pullman’s His Dark Materials trilogy is renowned for its mystery and magic. What’s the truth behind it all? Is the golden compass actually based in science? How does the subtle knife cut through anything? Could there be a bomb like the one made with Lyra’s hair? How do the Gallivespians’ lodestone resonators really work? And, of course, what are the Dark Materials? Drawing on string theory and spacetime, quantum physics and chaos theory, award-winning science writers Mary and John Gribbin reveal the real science behind Philip Pullman’s bestselling fantasy trilogy in entertaining and crystal-clear prose. Don't miss Philip Pullman's epic new trilogy set in the world of His Dark Materials! ** THE BOOK OF DUST ** La Belle Sauvage—now in paperback The Secret Commonwealth—coming October 3

Lyra and Pantalaimon (now a pine-marten) are back at Oxford, but their peace is shattered by Ragi, the daemon of the witch Yelena, who is searching for a healing elixir to cure his witch.

Eleven-year-old Benny Kaminsky leads a rag-tag gang of neighborhood children as they use improbable disguises and crazy ruses while investigating such crimes as counterfeiting and stolen silver in 1894 London.

Lyra and Will find themselves at the center of a battle between the forces of the Authority and those gathered by Lyra's father, Lord Asriel. 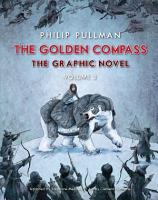 "In the first of a three-volume graphic novel adaptation, Lyra Belacqua and her daemon familiar set out to prevent her best friend and other kidnapped children from becoming the subject of gruesome experiments in the Far North"--

"What is he? A friend, or an enemy?" "He is a murderer." Will has just killed a man. He's on the run. His escape will take him far beyond his own world, to the eerie disquiet of a deserted city, and to a girl, Lyra. Her fate is strangely linked to his own, and together they must find the most powerful weapon in all the worlds... The second volume in Philip Pullman's incredible HIS DARK MATERIALS trilogy. First published in 1995, and acclaimed as a modern masterpiece, it won the UK's top awards for children's literature. 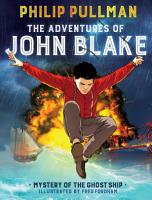 Trapped in the mists of time by a terrible research experiment gone wrong, John Blake and his mysterious ship are doomed to sail between the centuries, searching for a way home. In the ocean of the modern day, John rescues a shipwrecked young girl his own age, Serena, and promises to help. But returning Serena to her own time means traveling to the one place where the ship is in most danger of destruction. The all-powerful Dahlberg Corporation has an ambitious leader with plans far greater and more terrible than anyone has realized, and he is hot on their trail. For only John, Serena, and the crew know Dahlberg's true intentions, and only they have the power to stop him from bending the world to his will...

"A companion to His dark materials"--Cover.

This special collection features all three titles in the award-winning trilogy: Northern Lights, The Subtle Knife and The Amber Spyglass. And now includes extracts from The Book of Dust series: La Belle Sauvage and The Secret Commonwealth Now a major critically acclaimed BBC series Set against the dreaming spires of Jordan College and the dangerous wilderness of the frozen north, Philip Pullman’s His Dark Materials trilogy offers an intoxicating blend of imagination, science, theology and adventure. Northern Lights Lyra Belacqua lives half-wild and carefree among the scholars of Jordan College, with her daemon familiar always by her side. But the arrival of her fearsome uncle, Lord Asriel, draws her to the heart of a terrible struggle – a struggle born of Gobblers and stolen children, witch clans and armoured bears. The Subtle Knife Lyra finds herself in a shimmering, haunted otherworld – Cittàgazze, where soul-eating Spectres stalk the streets and wingbeats of distant angels sound against the sky. But she is not without allies: twelve-year-old Will Parry, fleeing for his life after taking another's, has also stumbled into this strange new realm. On a perilous journey from world to world, Lyra and Will uncover a deadly secret: an object of extraordinary and devastating power. And with every step, they move closer to an even greater threat – and the shattering truth of their own destiny. The Amber Spyglass Will and Lyra, whose fates are bound together by powers beyond their own worlds, have been violently separated. But they must find each other, for ahead of them lies the greatest war that has ever been – and a journey to a dark place from which no one has ever returned . . .