After his wife was ripped away along with his free will, Ethan is forced to watch a monster walk away with his only daughter. Locked in a cell, the last shred of the man he was slips away. Meanwhile, the woman he thought he lost is fighting her way back to him. Having sacrificed herself to save those she loves, Chloe is trapped under Lucias’s watchful eye. He demands she bind herself to him, or remain cut off from the world forever. As she struggles to hang on to the hope of being with her family again, Chloe manages to find comfort in the most unlikely of places. When an accident reveals Chloe’s most dangerous power, plans are set in motion that change the course of the world and finally bring an end to the war her kind have been fighting for centuries. The exciting final installment of the three-part Fate Series.

Alexa Ryan has a comfortable life, but an unusual condition forces her to keep the world, and all hope of love, at a distance. Ethan Kellar spent his long life running from his destiny, from his role in changing the fate of the world. Until the night Alexa falls into his arms. Believing she is the key to escaping his fate, Ethan gives in to their intense physical attraction only to discover that in trying to cheat destiny, he set it in motion. So he does the only thing he can to save them both. He walks away. Consumed by grief, Alexa is lost until she learns her brief encounter with love resulted in a child. When that child falls ill, her search for answers leads her back to Ethan and thrusts her into his dark and mysterious world, unlocking the secrets of her past and revealing threats to their future. Together, they fight to protect their love, but one battle remains that Ethan must fight alone as he struggles to choose his own path and avoid the choices of fate.

When Ethan Kellar awakens in the dark he struggles to remember who or where he is. His mind and body feel foreign, like a flesh and blood prison, until he discovers the lifeless form of his beautiful wife, Alexa, in his arms. On mandatory lockdown at the Elite compound, Cami Kline has never felt more trapped in the place she’s called home for nearly two centuries. Trapped by fear for her missing brother, Ethan, and by the unwanted, yet undeniable, attraction to her cocky new brother-in-law, Jared. When the body of one of their kind is discovered by humans, the Elite are forced to intervene, giving Cami a reprieve as she leads the team to retrieve the body and clean up the mess before the race is exposed. Meanwhile, through a forced blood bond, Lucias uses Ethan in in his quest to rule humans and vampires alike. Unbeknownst to Lucias and despite Alexa’s death, the mate bond remains keeping a small part of Ethan beyond Lucias’ control, but will he eventually give in to the darkness or will it be enough to redeem him.

Combining nonfiction, fiction, and poetry, this exploration of marital infidelity looks as S&M in "The Other Man," homosexuality in marriage in "Sex and the Married Dyke," and Internet sex in "Confessions of a Dial-Up Gigolo," among other stories. Original.

The old folks called her witch, home-wrecker and tramp. She's not walking around with black clothes with a black cat, and neither a mold on her face and a crook nose nor stewing over a pot. The bible name for her is adulterous, sorceress, whore, and witch. She is selfish and has a heart of stone, and she doesn't consider your children. She comes to steal your husbands, destroy your homes and kill your joy. These women cast their lures and make our husband lose all sense of reality: Sometimes she has help and in this case...the mother-in-law. Read and weep. You will get to know her in all her disguises. 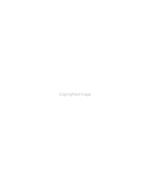 eGirls, eCitizens is a landmark work that explores the many forces that shape girls’ and young women’s experiences of privacy, identity, and equality in our digitally networked society. Drawing on the multi-disciplinary expertise of a remarkable team of leading Canadian and international scholars, as well as Canada’s foremost digital literacy organization, MediaSmarts, this collection presents the complex realities of digitized communications for girls and young women as revealed through the findings of The eGirls Project (www.egirlsproject.ca) and other important research initiatives. Aimed at moving dialogues on scholarship and policy around girls and technology away from established binaries of good vs bad, or risk vs opportunity, these seminal contributions explore the interplay of factors that shape online environments characterized by a gendered gaze and too often punctuated by sexualized violence. Perhaps most importantly, this collection offers first-hand perspectives collected from girls and young women themselves, providing a unique window on what it is to be a girl in today’s digitized society.