This book looks at the roots of a global visual news culture: the trade in illustrations of the news between European illustrated newspapers in the mid-nineteenth century. In the age of nationalism, we might suspect these publications to be filled with nationally produced content, supporting a national imagined community. However, the large-scale transnational trade in illustrations, which this book uncovers, points out that nineteenth-century news consumers already looked at the same world. By exchanging images, European illustrated newspapers provided them with a shared, transnational, experience.

Using the press coverage of the Franco-Prussian war as a starting point, Michèle Martin's Images at War examines nineteenth-century illustrated periodicals published in France, Germany, England, and Canada (with references also to Italy and the United States), and argues that periodicals during this period worked to reinforce particular national identities. Images in periodicals played an essential role in how the concept of nationalism was expressed and reproduced, usually by pitting cultures and countries against one another. These illustrated periodicals helped to shape nations where nations had not previously existed - such as with Germany, Italy, and Canada, which were only just coming into their own as states. In war, Martin observes, these documents also represented a non-verbal method of communicating emotionally trying, politically challenging, and oftentimes contradictory information to the public, literate and non-literate alike. The history of nineteenth-century illustrated papers underscores their legitimacy as a form of journalism. They were more than a commodity produced for profit; they offered serious reflection and commentary on the times designed by editors to have specific effects on the readers. Images at War is a much-needed study of this early news medium and its part in the construction of nationalism in the midst of war.

Printing and Painting the News in Victorian London offers a fresh perspective on Social Realism by contextualizing it within the burgeoning new media environment of Victorian London. Paintings labelled as Social Realist by Luke Fildes, Frank Holl and Hubert Herkomer are frequently considered to typify the sentimental Victorian genre painting that quickly became outdated with the development of modernism. Yet this book argues that the paintings must be considered as the result of the new experiences of modernity-the urban poverty that the paintings represent and, most importantly, the advent of the mass-produced illustrated news. Fildes, Holl and Herkomer worked for The Graphic, a publication launched in 1869 as a rival to the dominant Illustrated London News. The artists? illustrations, which featured the growing problem of urban poverty, became the basis for large-scale paintings that provoked controversy among their contemporaries and later became known as Social Realism. This first in-depth study of The Graphic and Social Realism uses the approach of media archaeology to unearth the modernity of these works, showing that they engaged with the changing notions of objectivity and immediacy that nineteenth-century new media cultivated. In doing so, this book proposes an alternative trajectory for the development of modernism that allows for a richer understanding of nineteenth-century visual culture. 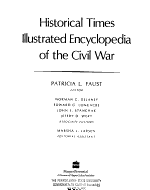