Critiquing the politics and dynamics of the transcultural poetics of reading literature, this book demonstrates an ambitious understanding of the concept of the poet across a wide range of traditions – Anglo-American, German, French, Arabic, Chinese, Sanskrit, Bengali, Urdu – and philosophies of creativity that are rarely studied side by side. Ghosh carves out unexplored spaces of negotiation and intersections between literature, aesthetics and philosophy. The book demonstrates an original method of ‘global comparison’ that displaces the relatively staid and historicist categories that have underpinned comparative literature approaches so far, since they rarely dare stray beyond issues of influence and schools, or new 'world literature' approaches that affirm cosmopolitanism and transnationalism as overarching themes. Going beyond comparatism and reformulating the chronological patterns of reading, this bold book introduces new methodologies of reading literature to configure the concept of the poet from Philip Sidney to T. S Eliot, reading the notion of the poet through completely new theoretical and epistemic triggers. Commonly known texts and sometimes well-circulated ideas are subjected to refreshing reading in what the author calls the ‘transcultural now’ and (in)fusionised transpoetical matrices. By moving between theories of poetry and literature that come from widely separated times, contexts, and cultures, this book shows the relevance of canonical texts to a theory of the future as marked by post-global concerns. 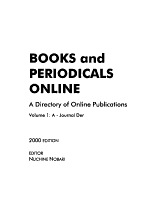