The Encyclopedia of Twentieth-Century Photography explores the vast international scope of twentieth-century photography and explains that history with a wide-ranging, interdisciplinary manner. This unique approach covers the aesthetic history of photography as an evolving art and documentary form, while also recognizing it as a developing technology and cultural force. This Encyclopedia presents the important developments, movements, photographers, photographic institutions, and theoretical aspects of the field along with information about equipment, techniques, and practical applications of photography. To bring this history alive for the reader, the set is illustrated in black and white throughout, and each volume contains a color plate section. A useful glossary of terms is also included.

Setting out to recover the roots of modernity in the boulevards, interiors, and arcades of the "city of light," Walter Benjamin dubbed Paris "the capital of the nineteenth century." In this eagerly anticipated sequel to his acclaimed Coasts of Bohemia: A Czech History, Derek Sayer argues that Prague could well be seen as the capital of the much darker twentieth century. Ranging across twentieth-century Prague's astonishingly vibrant and always surprising human landscape, this richly illustrated cultural history describes how the city has experienced (and suffered) more ways of being modern than perhaps any other metropolis. Located at the crossroads of struggles between democratic, communist, and fascist visions of the modern world, twentieth-century Prague witnessed revolutions and invasions, national liberation and ethnic cleansing, the Holocaust, show trials, and snuffed-out dreams of "socialism with a human face." Yet between the wars, when Prague was the capital of Europe's most easterly parliamentary democracy, it was also a hotbed of artistic and architectural modernism, and a center of surrealism second only to Paris. Focusing on these years, Sayer explores Prague's spectacular modern buildings, monuments, paintings, books, films, operas, exhibitions, and much more. A place where the utopian fantasies of the century repeatedly unraveled, Prague was tailor-made for surrealist André Breton's "black humor," and Sayer discusses the way the city produced unrivaled connoisseurs of grim comedy, from Franz Kafka and Jaroslav Hasek to Milan Kundera and Václav Havel. A masterful and unforgettable account of a city where an idling flaneur could just as easily be a secret policeman, this book vividly shows why Prague can teach us so much about the twentieth century and what made us who we are. 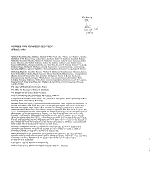 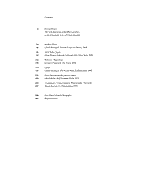 Timm Rautert has been an experimental photographer, a photojournalist, a portraitist and, since 1993, a professor. Following his 1974 book, Deutsche in Uniform, recently reissued, he has continued to photograph his countrymen, devoting much of his time to extensive series, including one from the Frankfurt Stock Exchange in 2000. When We Don't See You You Don't See Us Either refers in title to the portraitist's vocation of seeing and being seen, and offers Rautert's career for the same defining scrutiny, a portrait of its own. This definitive portfolio spans more than 35 years of distinguished work, much of which has never before been published for English-language audiences.

Grief and its Transcendence: Memory, Identity, Creativity is a landmark contribution that provides fresh insights into the experience and process of mourning. It includes fourteen original essays by pre-eminent psychoanalysts, historians, classicists, theologians, architects, art-historians and artists, that take on the subject of normal, rather than pathological mourning. In particular, it considers the diversity of the mourning process; the bereavement of ordinary vs. extraordinary loss; the contribution of mourning to personal and creative growth; and individual, social, and cultural means of transcending grief. The book is divided into three parts, each including two to four essays followed by one or two critical discussions. Co-editor Adele Tutter’s Prologue outlines the salient themes and tensions that emerge from the volume. Part I juxtaposes the consideration of grief in antiquity with an examination of the contemporary use of memorials to facilitate communal remembrance. Part II offers intimate first-person accounts of mourning from four renowned psychoanalysts that challenge long-held psychoanalytic formulations of mourning. Part III contains deeply personal essays that explore the use of sculpture, photography, and music to withstand, mourn, and transcend loss on individual, cultural and political levels. Drawing on the humanistic wisdom that underlies psychoanalytic thought, co-editor Léon Wurmser’s Epilogue closes the volume. Grief and its Transcendence will be a must for psychoanalysts, psychotherapists, psychiatrists, and scholars within other disciplines who are interested in the topics of grief, bereavement and creativity. 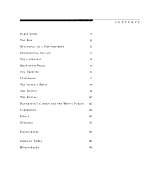 Josef Sudek is counted among the greatest personalities in photography this century. He was born in 1896 in Bohemia, and was severely wounded in the First World War, losing his right arm. In the early Twenties he founded, together with other photographers, the Czech Photographic Society. He made a name for himself with photographs of the reconstruction of Prague Cathedral as the official photographer of the City of Prague. He is known today for his mastery of still life and nature photographs. His lyrical, realistic photographs, often with a background of filtered daylight, direct sunlight or grey skies, are melancholy, elegiac and sad. His poetic vision takes the viewer into the world of Franz Kafka and Jaroslav Seifert. 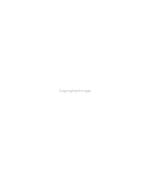 Published to coincide with a major exhibition, a thematically arranged, visual survey of modernist photography in central Europe features the work of some one hundred individuals whose creations exemplify the region's potential between the First and Second World Wars.

First published in 1997. Routledge is an imprint of Taylor & Francis, an informa company. 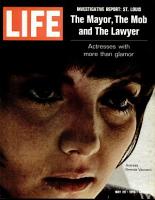 A treasure house of Gothic, baroque and modernist architecture, Prague is also a city of icons and symbols: statues, saints and signs reveal a turbulent history of religious and cultural conflict. As Kafka's nightmare city and home of the Good Soldier Svejk, the Czech capital also produced two of the twentieth century's emblematic writers. Richard Burton explores this metropolis of theatrical allusion, in which politics and drama have always been intertwined. His interpretation of the city's cultural past and present encompasses opera and rock music, puppetry and cinema, surrealism and socialist realism. 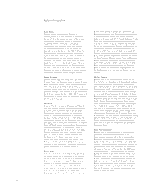