Lou Gramm rose from humble, working-class roots in Rochester, New York, to become one of rock's most popular and distinctive voices in the 1970s and '80s, singing and cowriting more than a dozen hits with the band Foreigner. Songs such as "Cold As Ice," "I Want to Know What Love Is," "Waiting for a Girl Like You," "Double Vision," "Urgent," and "Midnight Blue" are among 20 Gramm songs that achieved Top 40 status on the Billboard charts and became rock classics still played often, nearly three decades after they first hit the airwaves and the record store shelves. "Juke Box Hero: The My Five Decades in Rock 'n' Roll" chronicles, with remarkable candor, the ups and downs of this popular rocker's amazing life--a life which saw him achieve worldwide fame and fortune, then succumb to its trappings before summoning the courage and faith to overcome his drug addiction and a life-threatening brain tumor. Gramm takes the reader behind the scenes--into the recording studio, back stage, on the bus trips and beyond--to give an insider's look into the life of the man "Rolling Stone" magazine referred to as "the Pavarotti of rock." 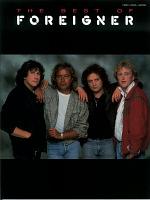 (Piano/Vocal/Guitar Artist Songbook). 14 of this group's best songs, including: Cold as Ice * Double Vision * Hot Blooded * I Don't Want to Live Without You * Juke Box Hero * Waiting for a Girl Like You * and more. 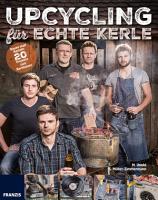 Set in the fictional New York City, “North city” is fraught with gang activity, gang violence, and violence in general! We follow the gang leader of the infamous gang North city eastmen “Leader” who’s goal is to one day own all of North city in the name of his gang; this proves difficult when the North city eastmen have been away for nearly two years and everyone has all but forgotten their impact on the community; who everyone haven’t forgotten however, is Dragon, the biggest crime boss in all of North city today who rules with a cruel iron fist, after meeting Leader his patience quickly wears thin making the gang lay low until they can strike once again, with more money and power.