First published in 1967. Routledge is an imprint of Taylor & Francis, an informa company.

In 1691, a Livonian peasant known as Old Thiess boldly announced before a district court that he was a werewolf. Yet far from being a diabolical monster, he insisted, he was one of the “hounds of God,” fierce guardians who battled sorcerers, witches, and even Satan to protect the fields, flocks, and humanity—a baffling claim that attracted the notice of the judges then and still commands attention from historians today. In this book, eminent scholars Carlo Ginzburg and Bruce Lincoln offer a uniquely comparative look at the trial and startling testimony of Old Thiess. They present the first English translation of the trial transcript, in which the man’s own voice can be heard, before turning to subsequent analyses of the event, which range from efforts to connect Old Thiess to shamanistic practices to the argument that he was reacting against cruel stereotypes of the “Livonian werewolf” a Germanic elite used to justify their rule over the Baltic peasantry. As Ginzburg and Lincoln debate their own and others’ perspectives, they also reflect on broader issues of historical theory, method, and politics. Part source text of the trial, part discussion of historians’ thoughts on the case, and part dialogue over the merits and perils of their different methodological approaches, Old Thiess, a Livonian Werewolf opens up fresh insight into a remarkable historical occurrence and, through it, the very discipline of history itself.

Weaving early accounts of witchcraft—trial records, ecclesiastical tracts, folklore, and popular iconography—into new and startling patterns, Carlo Ginzburg presents in Ecstasies compelling evidence of a hidden shamanistic culture that flourished across Europe and in England for thousands of years. 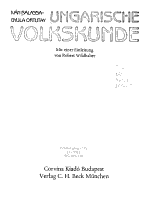 Covers Hungarian experiences up to the elections of May 1994.

Mentions that although the ca. 700,000 Jews in Hungary were emancipated in 1849 and 1867, increasing nationalism in the 1880s was accompanied by a rise in antisemitism and the founding of an antisemitic political party. Following World War I, the Jews served as scapegoats for the dissatisfactions of the middle class and the army. Discusses the antisemitic legislation of the 1920s-30s and the right-wing antisemitic parties, including the Arrow Cross. The chapter on Hungary during the Second World War describes the deportation of over 450,000 Jews after the German occupation in 1944 and the murder of Jews by the Arrow Cross regime. Notes that although many leaders of the postwar Stalinist regime were Jews, they carried out purges against Jews in the guise of anti-Zionism. 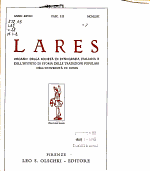