Search Results for: liberalization growth and regional disparities in india 3

Upon the backdrop of impressive progress made by the Indian economy during the last two decades after the large-scale economic reforms in the early 1990s, this book evaluates the performance of the economy on some income and non-income dimensions of development at the national, state and sectoral levels. It examines regional economic growth and inequality in income originating from agriculture, industry and services. In view of the importance of the agricultural sector, despite its declining share in gross domestic product, it evaluates the performance of agricultural production and the impact of agricultural reforms on spatial integration of food grain markets. It studies rural poverty, analyzing the trend in employment, the trickle-down process and the inclusiveness of growth in rural India. It also evaluates the impact of microfinance, as an instrument of financial inclusion, on the socio-economic conditions of rural households. Lastly, it examines the relative performance of fifteen major states of India in terms of education, health and human development. An important feature of the book is that it approaches these issues, applying rigorously advanced econometric methods, and focusing primarily on their regional disparities during the post-reform period vis-à-vis the pre-reform period. It offers important results to guide policies for future development.

Within-country income inequality has risen since the early 1980s in most of the OECD, all transitional, and many developing countries. More recently, inequality has risen also in India and nations affected by the Asian crisis. Altogether, over the last twenty years, inequality worsened in 70per cent of the 73 countries analysed in this volume, with the Gini index rising by over five points in half of them. In several cases, the Gini index follows a U-shaped pattern, with the turn-around point located between the late 1970s and early 1990s. Where the shift towards liberalization andglobalization was concluded, the right arm of the U stabilized at the 'steady state level of inequality' typical of the new policy regime, as observed in the UK after 1990. Mainstream theory focusing on rises in wage differentials by skill caused by either North-South trade, migration, or technological change poorly explains the recent rise in income inequality. Likewise, while the traditional causes of income polarization-high land concentration, unequal access toeducation, the urban bias, the 'curse of natural resources'-still account for much of cross-country variation in income inequality, they cannot explain its recent rise. This volume suggests that the recent rise in income inequality was caused to a considerable extent by a policy-driven worsening in factorial income distribution, wage spread and spatial inequality. In this regard, the volume discusses the distributive impact of reforms in trade and financialliberalization, taxation, public expenditure, safety nets, and labour markets. The volume thus represents one of the first attempts to analyse systematically the relation between policy changes inspired by liberalization and globalization and income inequality. It suggests that capital accountliberalization appears to have had-on average-the strongest disequalizing effect, followed by domestic financial liberalization, labour market deregulation, and tax reform. Trade liberalization had unclear effects, while public expenditure reform often had positive effects.

This edited volume is based on the UGC's model curriculum for 'Indian Economic Policy', meant for all universities in India. Each chapter is contributed by an expert in the specific area being addressed, and this book presents the policies formulated in each sector or sub-sector, and the resultant changes, during the post-reform period (1991-2008). This volume examines the impact of economic reforms on fronts as varied as the fiscal situation of government of India, state finances, money, capital market, external sector, agriculture, industry, power, health, education, employment, unemployment and poverty.

This volume presents a thought provoking analysis of key welfare state issues engaging policy makers across the globe. It provides a unique and comprehensive evaluation of the state of welfare states- developed and developing. It maps the diversity of welfare regimes across the world and brings to fore the particularities and nuances that characterise them. The book also focuses on the on-going reforms and makes a powerful case for the increased relevance of the welfare state in a globalizing era.

The world at large is watching both China and India as powerhouses of economic growth. The two nations have achieved significantly high rates of economic growth ever since their respective economies liberalized in 1978 and 1991. Singapore, despite its limited land size and almost total dependence on external trade, has performed remarkably well and has moved from the third world to the first. This book documents and explains the rapid economic growth of the three key Asian economies.The book also looks at what has happened to income inequality in the context of superior growth performance. It makes comparative assessments and examines the implications for the three nations. Since free markets have nothing in them to produce a reduction in income inequality among persons/households, one must at best hope for equality of opportunity notably reflected in identical schooling for all; identical health care for all; and minimal rather than vulgar inequality in housing. This book is particularly useful for both China and India which may wish to study and learn from Singapore in regard to the policies, programmes and projects aimed at ensuring equality of opportunity. The book is backed by considerable expertise on the part of the researchers, with demonstrated expertise through their publications spawning a few decades. It is invaluable to those who are concerned with designing policies for developing countries aimed at rapid and inclusive economic growth.This book has been made possible by the intellectual and financial support extended by the Global Asia Institute, National University of Singapore.

The Government Of India Has Recently Introduced A Number Of Second Generation Reforms. But Unfortunately It Has Not Been Possible To Keep Up The Desired Pace Because Of Resistance From The Opposition, And Also From Some Allies On Certain Matters. The Opposition Is Guided Mainly By Political Considerations Rather Than Economic Considerations.In Order To Face Competition In The Fast Opening World Market, Some Of The Needed Reforms Are Likely To Adversely Affect The Economic Well-Being Of The Underprivileged Classes Particularly In Rural Areas And Those Engaged In The Small Scale Sector. Ten Years Of Economic Reforms Have Not Generated Adequate Employment. In Order To Mitigate Such Adverse Effects, Outlay Should Be Considerably Increased In The Rural Areas. This Increased Expenditure Should Be On Building Infrastructure And Other Assets And Not On Subsidies Guided By Political Considerations. Primary Education And Health Services Need Considerably Enhanced Outlays. Safety Valves In The Form Of Comprehensive Social Security Network Are Very Essential For Avoiding Tensions In Society And Lessening Opposition To Reforms.The Volume Has A Wide Coverage And Includes Papers Written By Nineteen Economists Spread Over The Whole Country. The Papers Closely Examine Important Implications And Impact Of Liberalisation And Globalisation Measures Taken By The Government In Recent Years.It Is Hoped That The Book Will Prove Very Useful To The Researchers And Students Of Economics, Businessmen, Government Executives Concerned With The Formulation And Execution Of Economic Policies, Parliamentarians And Legislators, And The Common Readers Interested In Knowing The Changes That Are Taking Place In Our Economy.

Why do some states provide infrastructure and social services to their citizens, and others do not? In Development in Multiple Dimensions, Alexander Lee examines the origins of success and failure in the public services of developing countries. Comparing states within India, this study examines how elites either control, or are shut out of, policy decisions and how the interests of these elites influence public policy. He shows that social inequalities are not single but multiple, creating groups of competing elites with divergent policy interests. Since the power of these elites varies, states do not necessarily focus on the same priorities: some focus on infrastructure, others on social services, and still others on both or neither. The author develops his ideas through quantitative comparisons and case studies focusing on four northern Indian states: Gujarat, West Bengal, Bihar, and Himachal Pradesh, each of which represents different types of political economy and has a different set of powerful caste groups. The evidence indicates that regional variation in India is a consequence of social differences, and the impact of these differences on carefully considered distributional strategies, rather than differences in ideology, geography, or institutions.

Agriculture productivity, growth and regional change in post-colonial India from a spatial perspective are yet to be rigorously examined. In particular, the impacts of economic liberalisation, globalisation and deregulation are not being empirically investigated at a small-area level using advanced statistical and spatial techniques. Understanding the process of regional formation and the rapid transitioning of agricultural landscapes in the Post-Liberalisation phase is pivotal to developing and devising regional economic development strategies. This book employs advanced methods to empirically examine the key characteristics and patterns of regional change in agricultural growth and productivity. It offers insights on changes in agricultural production and practices since the colonial period through to the Post-Liberalisation phase in India. It also incorporates the key public policy debates on the progress of India’s agricultural development with the aim of formulating spatially integrated strategies to reduce rapid rise in the regional convergence and to promote equitable distribution of strategic government investment.

Papers presented at a national seminar organised by the North-East India Council for Social Science Research, Shillong during 12-13 Dec. 2004.

The study of the political economy of development in India is significant as India has emerged as one of the fastest-growing countries during the last three decades and the rate of economic growth and poverty reduction have not been matched in India’s subnational states. Although the Union Government has introduced and implemented several economic reforms since 1991 to enhance the economic development, the results of implantation have varied. Governance and Development in India compares two Indian subnational states, Andhra Pradesh and Bihar. The book does not consider the state as an aggregate entity; rather, it disaggregates the state relationally and spatially. Concentrating on the micro-institutional variables and the role of regional elites, the author investigates the political roots of the divergence of development trajectories among India’s subnational states since liberalization, as an essential aspect of the political economy of development in India. The book explores the black box of the multi-layered state of India and interactions among the Central Government, the states, regional leaders and other stakeholders and explains why the regional leaders have pursued divergent economic strategies using the analytical narrative research method and the subnational comparative research method. Firmly based on the theoretical foundations of the neo-institutional rational choice model of governance, polycentric hierarchy theory and the strategies for regional elite strategy analysis, combined with empirical research, this book is a valuable contribution to the fields of comparative political economy, state politics in India, governance and development in developing countries, and South Asian comparative politics. 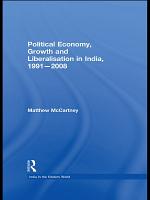 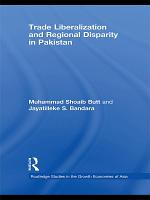