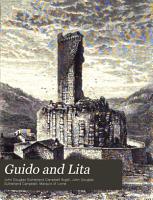 Lita™ -- see her just once in the ring and you can never forget it. The breathtaking off-the-top-rope fearlessness that she shows keeps you on the edge of your seat. You simply can't believe she's going to be able to pull off the move, and then Lita takes it to the next level. That's her reality, that's why she is a WWE™ Superstar. Taking unexpected risks, daring to do what no one has done before, that's the reality of Amy Dumas, the remarkable woman behind Lita. Even as a young girl, Amy was determined to challenge herself and the world around her. She found personal freedom in the hardcore punk rock scene of the nineties. The positive force of the music and culture helped define the reality of Amy Dumas. Her willingness to try anything once set her on the path to World Wrestling Entertainment.™ Captivated by the high-flying style of the luchadors she saw on television, Amy was hungry to discover more about them. She just had to learn how they did those amazing moves. With only a guidebook for a companion, Amy set out for Mexico City where she was quickly invited into the secret world of lucha libre, Mexico's unique brand of professional wrestling. She returned to the States, resolute in her goal to make it as a professional wrestler. Amy found people who saw her determination and her heart, and agreed to train her. As her skills improved, she began traveling the highways and byways of America, working night after night in independent promotions around the country. Along her journey, Amy met an assortment of colorful characters as well as a number of wrestlers who would prove influential in her career. Among them were two local North Carolina stars who had just signed with WWE -- Matt and Jeff Hardy. Amy formed an instant bond with the dynamic Hardy Boyz,™ whose spectacular style and high-flying bravado inspired her own bold in-ring style. It wasn't long before Amy -- now christened Lita -- joined Matt and Jeff in WWE, and the three friends became international sensations as Team Extreme.™ Lita proved a true pioneer in women's wrestling, daring to get in the ring with the boys -- including Triple H,™ Stone Cold Steve Austin™ and The Rock® -- and never backing down. It took a broken neck suffered on the set of a television series to stop her...but only temporarily. Lita: A Less Traveled R.O.A.D -- The Reality of Amy Dumas is the stirring tale of one young woman's amazing journey to the top of the wild, wonderful world of WWE.™

In this sequel to his acclaimed "urban masterpiece" (The Philadelphia Inquirer), the national bestseller Dead Above Ground, Jervey Tervalon's unforgettable heroine, Lita Du Champ, is at loose ends, trying to hold house and home together. Ten years after she, her husband, their children, and her twin sisters moved to Los Angeles, the past comes back to haunt her. An unwelcome phone call reveals that Lita's estranged father is on his deathbed and that her aunt has seen Lita's beloved mother -- never mind that the woman has been dead for a decade. Overwhelmed by long-suppressed memories, Lita realizes that she must return to New Orleans to come to terms with her history, but as she makes the journey a growing sense of dread takes root in her soul. She's certain there will be no simple return to the life she led in Los Angeles. 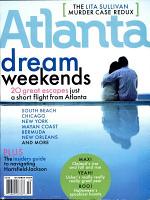 The LITA Leadership Guide will help librarians at every level of the career ladder and will supplement leadership and skill-based training workshops. Library leadership teams interested in the development of their staff as a means of improving their organizational performance will find it to provide context for growth, training, and collaboration.

The LITA Guide to No- or Low-Cost Technology Tools for Libraries provides a practical guide on how to find and use technology tools for a variety of purposes in libraries and, more broadly, in education. Each topic showcases two technology tools in detail and discusses additional tools and provides examples of how librarians or educators are using them in libraries and schools. Types of tools covered are: Video creation tools, such as PowToon and Animaker, can be used to create animated videos to tell patrons about a new service or teach students about search strategies. Screencasts includes tools like Jing or Screencast-O-Matic, which can be used to show how to use a new library database or service. Collaboration tools, including tools such as Padlet or Lino It, can be used for student collaboration or teamwork with colleagues and sharing project ideas quickly and easily. Assessment tools such as Quizizz and Kahoot allow for gamified assessment of student or patron knowledge.

Wife of the Life of the Party is the memoir of the late Lita Grey Chaplin (1908-1995), the only one of Chaplin's wives to have written an account of life with Chaplin. Her memoir is an extraordinary Hollywood story of someone who was there from the very beginning. Born Lillita Louise MacMurray in Hollywood, she began her career at twelve with the Charlie Chaplin Film Company, when Chaplin selected her to appear with him as the flirting angel in The Kid. When she was fifteen, Chaplin signed her as the leading lady in The Gold Rush and changed her name to Lita Grey. She was forced to leave the production when, at the age of sixteen, she became pregnant with Chaplin's child. She married Chaplin in Empalme, Mexico in November 1924. The Chaplins stayed together for two years. Lita bore Chaplin two sons: Charles Chaplin, Jr. and Sydney Chaplin. In November 1926, after Lita discovered that Chaplin was having an affair with Merna Kennedy (Lita's best friend, whom she had persuaded Chaplin to hire as the leading lady in The Circus), Lita left Chaplin and filed for divorce. It was one of the first divorce cases to receive a public airing. The divorce complaint ran a staggering 42 pages and fed scandal with its revelations about the private life of Charles Chaplin. Lita's divorce settlement of $825,000 was the largest in American history at the time. Lita authorized the publication of another biography, My Life with Chaplin, in 1966. The book was mainly the creation of her co-author, Morton Cooper, who re-wrote her manuscript. Lita was never happy with the many inaccuracies and distortions of that book. Wife of the Life of the Party is not to be seen as a supplement to her early book, but rather Lita's own version of her life, told for the first time.

Dawn on the Summer Solstice once more reveals the past to Juan and Sophia through the square hole in the mysterious silver medallion. The twins see mounted Indians at the edge of a menacing forest in a snowstorm. Great Grandfather begins the story of Cuto's granddaughter Lita, heir of the medallion, who sets out to find a great sea in the northwest described by Incan traders. Lita and her brother Rutu journey through new territory filled with unexpected encounters. Forced to winter in harsh and unforgiving circumstances, their survival skills will be tested to the limit.