Vilified by fellow Victorians for his sexuality and his dandyism, Oscar Wilde, the great poet, satirist and playwright, is hailed today, in some circles, as a "progressive" sexual liberator. But this is not how Wilde saw himself. His actions and pretensions did not bring him happiness and fulfillment. This study of Wilde's brilliant and tragic life goes beyond the mistakes that brought him notoriety in order to explore this emotional and spiritual search. Unlike any other biography of Wilde, it strips away these pretensions to show the real man, his aspirations and desires. It uncovers how he was broken by his two-year prison sentence; it probes the deeper thinking behind masterpieces such as The Picture of Dorian Gray, Salome, "The Ballad of Reading Gaol" and "De Profundis"; and it traces his fascination with Catholicism through to his eleventh-hour conversion. Published on the 150th anniversary of his birth, this biography removes the masks which have confused previous biographers and reveals the real Wilde beneath the surface. Once again, Joseph Pearce has written a profound, wide-ranging study with many original insights on a great literary figure.

"A Woman's Words, is a frank, insightful account of the life of legendary folksinger Mary Travers of the trio Peter, Paul and Mary, told in her own words in essays, opinion columns, speeches, stage monologues and poetry, written over the last 25 years of her life"--Provided by publisher.

A fascinating and unexpected exploration of the Jewish roots of rock music illuminates the contributions of Jews and Judaism to the formation of the genre, including coverage of Jerry Lieber, Mike Stroller, Randy Newman, Billy Joel, Kinky Friedman, David Lee Roth, and of course, Bob Dylan--the musician formally known as Bob Zimmerman. Original. (Performing Arts) 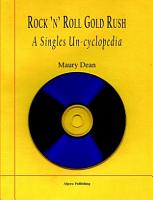 An appreciation of Rock-n-Roll, song by song, from its roots and its inspriations to its divergent recent trends. A work of rough genius; DeanOCOs attempt to make connections though time and across genres is laudable."

It is April 1895 and Oscar Wilde is on trial in London at the Old Bailey, following his libel case against the Marquess of Queensberry, and faces ruin, public disgrace and imprisonment. In County Cork, a woman called Mary Travers is following the Wilde Trials in the newspapers, increasingly troubled by the growing public outcry. Mary Travers has her own secret, her hidden connection with Oscar Wilde and his parents, William and Jane, and dreads discovery and exposure. Unknown to those around her, in 1864, as a young woman, she had been the key figure in a notorious court case in Dublin, in which she sued Jane Wilde for libel, and the resulting scandal filled the newspapers for weeks. In this new novel, 'The Diary of Mary Travers,' this controversial case is re-imagined for the first time through the eyes of the central figure, Mary Travers. 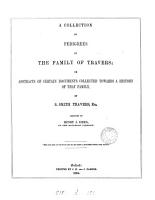 Explores the radical political potential of close reading to make the case for a new and invigorated psychoanalytic cultural studies.