Reveals the untold history of the United States Border Patrol from its beginnings in 1924 as a small peripheral outfit to its emergence as a large professional police force. This book focuses on the daily challenges of policing the borderlands and bringsto light unexpected partners and forgotten dynamics.--[source unknown].

As immigration from Mexico to the United States grew through the 1970s and 1980s, the Border Patrol, police, and other state agents exerted increasing violence against ethnic Mexicans in San Diego's volatile border region. In response, many San Diego activists rallied around the leadership of the small-scale print shop owner Herman Baca in the Chicano movement to empower Mexican Americans through Chicano self-determination. The combination of increasing repression and Chicano activism gradually produced a new conception of ethnic and racial community that included both established Mexican Americans and new Mexican immigrants. Here, Jimmy Patino narrates the rise of this Chicano/Mexicano consciousness and the dawning awareness that Mexican Americans and Mexicans would have to work together to fight border enforcement policies that subjected Latinos of all statuses to legal violence. By placing the Chicano and Latino civil rights struggle on explicitly transnational terrain, Patino fundamentally reorients the understanding of the Chicano movement. Ultimately, Patino tells the story of how Chicano/Mexicano politics articulated an "abolitionist" position on immigration--going beyond the agreed upon assumptions shared by liberals and conservatives alike that deportations are inherent to any solutions to the still burgeoning immigration debate. 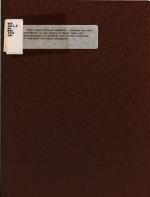