In this candid autobiography, Cherie Currie—the original lead singer of ‘70s teenage all-girl rock band The Runaways—powerfully recounts her years in the band, her friendship with guitarist Joan Jett, and her struggle with drugs. An intense, behind-the-scenes look at rock music in the gritty, post-glam era, Neon Angel is a must-read for anyone whose heart beats to the rhythm of David Bowie, Suzi Quatro, Nick Gilder, and the Sex Pistols, and for every fan of the movie it inspired: The Runaways, starring Dakota Fanning and Kristen Stewart as Cherie Currie and Joan Jett.

The author recounts her teenaged years as the lead singer of the all-girl rock band, the Runaways, her career as a movie actress, and her battle with drugs and alcohol.

Daughter. Lover. Actress. Dancer. Muse. Redhead. Girl. Victim. Survivor. Ariel Ames is many things to many people. With stars in her eyes, Ariel moves to Los Angeles at a time when a prolific serial killer is targeting young women who match her description and displaying their bodies in violently beautiful tableaus high above Hollywood. When fear and paranoia collide with ambition and determination, Ariel is forced to navigate the roles assigned to her by the men in her life as she strives to pursue her dreams. Pasha Adam continues his genre-spanning exploration of Los Angeles and its inhabitants in City of Angels, a psychological thriller about a young woman trying to make it in a big city, told from the POV of the men she meets along the way.

At fifteen-years-old Cherie Currie became lead singer tar the all-girl band The Runaways. Sharing the spotlight with fellow band members Joan Jett, Lita Ford, Sandy West and Jackie Fox, Cherie was worshipped by screaming fans all over the world. But the dream soon became a nightmare -- filled with drugs, violence, and exploitation. This is the story of Cherie's descent into her own personal hell and her long, hard journey back to a happy life.

Answers many of the questions this animated story has raised, from the material world of New Tokyo 3 and the mechanics of the Evas to the spiritual significance of the battle to destroy the angels.

Without neon, Las Vegas might still be a sleepy desert town in Nevada and Times Square merely another busy intersection in New York City. Transformed by the installation of these brightly colored signs, these destinations are now world-famous, representing the vibrant heart of popular culture. But for some, neon lighting represents the worst of commercialism. Energized by the conflicting love and hatred people have for neon, Flickering Light explores its technological and intellectual history, from the discovery of the noble gas in late nineteenth-century London to its fading popularity today. Christoph Ribbat follows writers, artists, and musicians—from cultural critic Theodor Adorno, British rock band the Verve, and artist Tracey Emin to Vladimir Nabokov, Langston Hughes, and American country singers—through the neon cities in Europe, America, and Asia, demonstrating how they turned these blinking lights and letters into metaphors of the modern era. He examines how gifted craftsmen carefully sculpted neon advertisements, introducing elegance to modern metropolises during neon’s heyday between the wars followed by its subsequent popularity in Las Vegas during the 1950s and '60s. Ribbat ends with a melancholy discussion of neon’s decline, describing how these glowing signs and installations came to be seen as dated and characteristic of run-down neighborhoods. From elaborate neon lighting displays to neglected diner signs with unlit letters, Flickering Light tells the engrossing story of how a glowing tube of gas took over the world—and faded almost as quickly as it arrived.

They’re easy. They’re tasty. And they’re right at your fingertips. The 50 Best Cake Mix Recipes is a delicious selection of desserts and sides made simple. From Rich Topped Coffee Cake to Mexican Chili Pie, there’s plenty included so you can whip up satisfying and scrumptious baked goods in no time. Enjoy!

In the spine-tingling, pulse-pounding tradition of "Interview With The Vampire," a chilling look into the secret world of the Vampiri, which exists around us always -- invisible, unsuspected . . . until we feel the prick of teeth at our neck in a dream and wake up to find . . . an end to all dreaming and a beginning to a unliving nightmare! 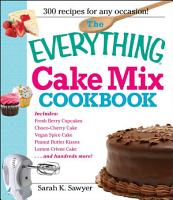 Think of delicious Pumpkin Bread, Chocolate Hazelnut Cake, and Cheddar Herb Scones homemade from scratch. But who has that kind of time? You can cut your kitchen duty considerably by using the secret ingredient: cake mix! In this unique cookbook, author Sarah K. Sawyer shows readers how to bake all of the classics—and some new surprises—using cake mix. Recipes include: French Toast Casserole Rocky Road Bars Potato Pancakes Green Tea Cupcakes Rhubarb Strawberry Crumble Complete with chapters for vegetarians, vegans, and those who have food allergies, this is the perfect cookbook for anyone who wants to cut corners but still present a delicious homemade product. No one will ever know that it’s only semi-homemade!

In four years the teenage members of the Runaways did what no other group of female rock musicians before them could: they released four albums for a major label and toured the world. The Runaways busted down doors for every girl band that followed. Joan Jett, Sandy West, Cherrie Currie, lead guitarist Lita Ford, and bassists Jackie Fox and Vicky Blue were pre-punk bandits, fostering revolution girl style decades before that became a riot grrrl catchphrase. The story of the Runaways has never been told in its entirety. Drawing on interviews with most of this seminal rock band's former members as well as controversial manager Kim Fowley, Queens of Noise will look beyond the lurid voyeuristic appeal of a sex-drugs-rock'n' roll saga to give the band its place in musical, feminist, and cultural history.

The days when people called Winnie Segal, “Sea Cow,” are long over. She’s still a big gal, and everybody around her’s gone all PC and “Yay, body acceptance,” but once in awhile something dredges up a bad memory. This time, the trigger is Cory Levane, former high school star quarterback, current NFL legend and former high school crush. After a triumphant career, he’s come home to show off—or so Winnie thinks. She’d rather design and sell her artwork than give a damn, yet the garden in which she grows her damns thrives. After one month of early retirement, he’s climbing the walls. He thought coming home would provide cheer and inspire him to plan his future, but people treat him like a celebrity instead of an actual person. He’s happy about one thing, though: Winnie Segal hasn’t changed—she’s still gorgeous and funny as ever, and talented. If he weren’t so damn tongue-tied around her he’d let her know. The opportunity to work together on a project has Cory anxious to get closer, and leaves Winnie suspicious of his motives. She keeps a tight hold on her heart, and Cory knows it will take more than his football skills to get her to pass it to him.

The war is in full swing and private eye Gene Castle is back on the wet streets of Vancouver. In this third installment of the Vancouver Trilogy Castle has to evade Nazis, a freakishly strong woman and the usual corrupt cops to find the kidnapped daughter of a friend who is involved in the resistance.

Shock Pao is the best. There isn't a system he can't crack into, nothing he can't steal for the right price. Outside virtual world the Slip, though, he's a Fail—no degree, no job, no affiliations to protect him from angry ex-customers. Of which he has quite a few. So when his ex brings Shock a job which could help him escape his miserable existence, he accepts, little realizing that it will turn out to be his most impossible, illegal and insane assignment yet. 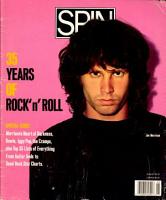 From the concert stage to the dressing room, from the recording studio to the digital realm, SPIN surveys the modern musical landscape and the culture around it with authoritative reporting, provocative interviews, and a discerning critical ear. With dynamic photography, bold graphic design, and informed irreverence, the pages of SPIN pulsate with the energy of today's most innovative sounds. Whether covering what's new or what's next, SPIN is your monthly VIP pass to all that rocks. 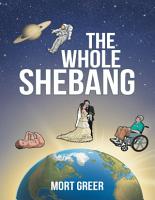 This is a valuable, much-needed book that explores how to successfully achieve a reasonable state of happiness throughout our lifetimes while managing the dire challenges we all are certain to face. As Woody Allen would say, “It’s the shit happens phenomenon, it’s only a question of how much and when!” The importance of laughter is captured through a descriptive narrative providing the reader with a “word picture” and the ability to share the many real-life, truly funny situations presented. The book also addresses the most important questions man can ask—namely, “What’s it all about?” “Why are we here?” and “Is there an afterlife?” Input from several of the most brilliant minds, past and present, along with indisputable scientific facts regarding those questions, are cited for the reader’s consideration and personal evaluation. Mort Greer