The advantages of space nuclear fission power systems can be summarized as: compact size; low to moderate mass; long operating lifetimes; the ability to operate in extremely hostile environments; operation independent of the distance from the Sun or of the orientation to the Sun; and high system reliability and autonomy. In fact, as power requirements approach the tens of kilowatts and megawatts, fission nuclear energy appears to be the only realistic power option. The building blocks for space nuclear fission electric power systems include the reactor as the heat source, power generation equipment to convert the thermal energy to electrical power, waste heat rejection radiators and shielding to protect the spacecraft payload. The power generation equipment can take the form of either static electrical conversion elements that have no moving parts (e.g., thermoelectric or thermionic) or dynamic conversion components (e.g., the Rankine, Brayton or Stirling cycle). The U.S. has only demonstrated in space, or even in full systems in a simulated ground environment, uranium-zirconium-hydride reactor power plants. These power plants were designed for a limited lifetime of one year and the mass of scaled up power plants would probably be unacceptable to meet future mission needs. Extensive development was performed on the liquid-metal cooled SP-100 power systems and components were well on their way to being tested in a relevant environment. A generic flight system design was completed for a seven year operating lifetime power plant, but not built or tested. The former USSR made extensive use of space reactors as a power source for radar ocean reconnaissance satellites. They launched some 31 missions using reactors with thermoelectric power conversion systems and two with thermionic converters. Current activities are centered on Fission Surface Power for lunar applications. Activities are concentrating on demonstrating component readiness. This book will discuss the components that make up a nuclear fission power system, the principal requirements and safety issues, various development programs, status of developments, and development issues. 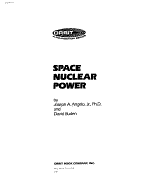 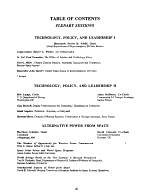