Search Results for: panopticon or the inspection house

The work Panopticon: The Inspection House was a work written by Jeremy Bentham, and first published in 1791, which famously outlines the notion of the institutional panopticon, which allows for the prison or manufactory, for instance, to view all inmates or workers from a central vantage point without knowing they are being watched.

In 1787, British philosopher and social reformer Jeremy Bentham conceived of the panopticon, a ring of cells observed by a central watchtower, as a labor-saving device for those in authority. While Bentham's design was ostensibly for a prison, he believed that any number of places that require supervision—factories, poorhouses, hospitals, and schools—would benefit from such a design. The French philosopher Michel Foucault took Bentham at his word. In his groundbreaking 1975 study, Discipline and Punish, the panopticon became a metaphor to describe the creeping effects of personalized surveillance as a means for ever-finer mechanisms of control. Forty years later, the available tools of scrutiny, supervision, and discipline are far more capable and insidious than Foucault dreamed, and yet less effective than Bentham hoped. Shopping malls, container ports, terrorist holding cells, and social networks all bristle with cameras, sensors, and trackers. But, crucially, they are also rife with resistance and prime opportunities for revolution. The Inspection House is a tour through several of these sites—from Guantánamo Bay to the Occupy Oakland camp and the authors' own mobile devices—providing a stark, vivid portrait of our contemporary surveillance state and its opponents. Tim Maly is a regular contributor to Wired, the Atlantic, and Urban Omnivore and is a 2014 fellow at Harvard University's Metalab. Emily Horne is the designer and photographer of the webcomic A Softer World.

A thought-provoking series brings together works by top left-wing intellectuals and covers everything from philosophy to politcal science to literary criticism.

This historic book may have numerous typos and missing text. Purchasers can usually download a free scanned copy of the original book (without typos) from the publisher. Not indexed. Not illustrated. 1791 edition. Excerpt: ... but industry ? Is coarse diet nothing? Is confinement, is loss of liberty in every shape nothing? To me it would seem but so much the better, if a man could be taught to love labour, instead of being taught to loath it. Occupation, instead of the prisoner's"scourge, should be called and should be made as much as possible, a cordial to him. It is in itself sweet in comparison of forced idleness; and the produce of it will give it a double favour. The mere exertion, the mere naked energy is amusement, where looser ones are not to be found. Take it in either point of view, industry is a blessing--why paint it as a curse?* Hard labour?--labour harder than ordinary, in a prison ?--not only it has no business there, but a prison is the only place in which it is not to be had. Is it exertion that you want? violent exertion? * The Chevalier Paulet's views on (his head suit better, I must confess, with mine. In his establishment, a capital article in the penal list is the punishment of forced idleness: and without dividing his bnys for the purpose into two classes and three dales, or plaguing his managers with governing Committees, he contrives to render it sufficiently uncomfortable. See an interesting account of the establishment of that generous and intelligent philanthropist {n the Repository, vol. 1. reward reward not punishment is the office you must apply to. Compulsion and slavery must in a race like this be ever an unequal match for encouragement and liberty: and the rougher the ground the more unequal. By what contrivance could any man be made to do in a jail the work that any .common coal-heaver will do when at large? By what -compulsion could a porter be made to carry the burthen which he would carry with pleasure for. half a crown ?...

This 18th-century work by British philosopher and founder of utilitarianism Jeremy Bentham began as a series of 13 "letters" addressed to Scottish economist Adam Smith. Usury—the practice of charging interest on loans—was outlawed in Britain based on certain passages in the Christian Old Testament. Bentham argued that interest could, in fact, generate positive social benefits. His arguments were very influential and led to the gradual abolishment of restrictions on usury. G.K. Chesterton identified Bentham's essay on usury as the very beginning of the "modern world." There is little evidence as to Smith's reaction.

In this brilliant work, the most influential philosopher since Sartre suggests that such vaunted reforms as the abolition of torture and the emergence of the modern penitentiary have merely shifted the focus of punishment from the prisoner's body to his soul. 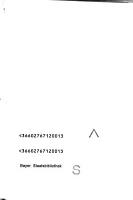