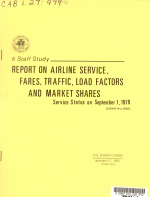 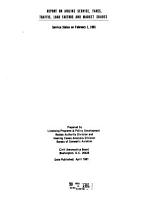 This book surveys the latest changes in the turbulent area of airline deregulation. The authors' third collaboration on the subject, it deals with such current trends and topics as the proliferation of mergers and takeovers and the stategies and tactics involved in price wars and other marketing ventures.At the same time Deregulation and the Future of Intercity Passenger Travel is much more than an update on changes in the airline industry. It studies all the major systems of intercity passenger transportation - automobiles, buses, trains, airplanes - from the point of view of their interdependency. And it extends well beyond recent events to embrace the transportation history of much of this century, discussing the historical precedents and outcomes that have collectively given impetus to the trends in operation today, with special emphasis on the patterns of governmental subsidies and regulations. The authors also forecast probable developments in the next century, examining the impacts of various assumptions about future public policies, changes in technology, demographic patterns, and consumer preferences.The first part of the book focuses on the U.S. experience with airline deregulation, including changes in distribution channels and the travel agency business as well as the effects on airline employees and passengers. The second part takes up the economics of competition among the major modes in intercity travel.John R. Meyer is James W Harpel Professor of Capital Formation and Economic Growth at Harvard University. Clinton V. Oster, Jr., is Associate Professor at the School of Public and Environmental Affairs and Director of the Transportation Research Center at Indiana University. Deregulation and the Future of Intercity Passenger Travel is fifteenth in the series Regulation of Economic Activity, edited by Richard Schmalensee. 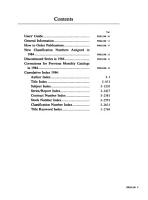 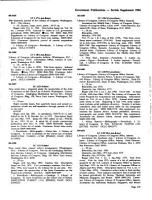 Airline deregulation is a failure, conclude Professors Dempsey and Goetz. They assault the conventional wisdom in this provocative book, finding that the Airline Deregulation Act of 1978, championed by a profound political movement which also advocated the deregulation of the bus, trucking, rail, and pipeline industries, failed to achieve the promises of its proponents. Only now is the full impact of deregulation being felt. Airline deregulation has resulted in unprecedented industry concentration, miserable service, a deterioration in labor-management relations, a narrower margin of safety, and higher prices for the consumer. This comprehensive book begins by exploring the strategy, tactics, and egos of the major airline robber barons, including Frank Lorenzo and Carl Icahn. In separate chapters, the strengths, weaknesses, and corporate cultures of each of the major airlines are evaluated. Part Two assesses the political, economic, and social justifications for New Deal regulation of aviation, and its deregulation in the late 1970s. Part Three then addresses the major consequences of deregulation in chapters on concentration, pricing, service, and safety, and Part Four advances a legislative agenda for solving the problems that have emerged. Professors Dempsey and Goetz advocate a middle course of responsible government supervision between the dead hand of regulation of the 1930s and the contemporary evil of market Darwinism. The book will be of particular interest to airline and airport industry executives, government officials, and students and scholars in public policy, economics, business, political science, and transportation.