The Pacific and Regional Archive for Digital Sources in Endangered Cultures (PARADISEC) has been on the cutting edge of digital archiving, building a significant historical collection and community of practice engaged in the preservation and accessibility of research materials. Over the ten years of PARADISEC's operation, the repository has grown to represent over 860 languages from across the world, including cultural materials from the Pacific region and South-East Asia, North America, Africa and Europe. With over 5000 hours of audio, the extent of the archival material, as well as the inclusion of a variety of styles such as songs, narratives and elicitation, has resulted in an invaluable resource for researchers and communities alike. PARADISEC's innovation in archival practice allows communities to access original recordings of their own cultural heritage, and provides fieldworkers with a wealth of primary material. Research, Records and Responsibility explores developments in collaborative archiving practice between archives and the communities they serve and represent, incorporating case studies of historical recordings, visual data and material culture. It brings together the work of Australian and international scholars commemorating ten years of PARADISEC, and reflects on the development of research and language archiving.

The endangered languages crisis is widely acknowledged among scholars who deal with languages and indigenous peoples as one of the most pressing problems facing humanity, posing moral, practical, and scientific issues of enormous proportions. Simply put, no area of the world is immune from language endangerment. The Oxford Handbook of Endangered Languages, in 39 chapters, provides a comprehensive overview of the efforts that are being undertaken to deal with this crisis. A comprehensive reference reflecting the breadth of the field, the Handbook presents in detail both the range of thinking about language endangerment and the variety of responses to it, and broadens understanding of language endangerment, language documentation, and language revitalization, encouraging further research. The Handbook is organized into five parts. Part 1, Endangered Languages, addresses the fundamental issues that are essential to understanding the nature of the endangered languages crisis. Part 2, Language Documentation, provides an overview of the issues and activities of concern to linguists and others in their efforts to record and document endangered languages. Part 3, Language Revitalization, includes approaches, practices, and strategies for revitalizing endangered and sleeping ("dormant") languages. Part 4, Endangered Languages and Biocultural Diversity, extends the discussion of language endangerment beyond its conventional boundaries to consider the interrelationship of language, culture, and environment, and the common forces that now threaten the sustainability of their diversity. Part 5, Looking to the Future, addresses a variety of topics that are certain to be of consequence in future efforts to document and revitalize endangered languages. 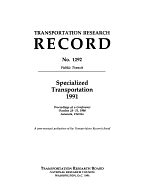 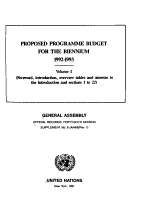