Search Results for: rudy wiebe and the historicity of the word

In her entertaining study of Rudy Wiebe's novels, Penny van Toorn presents a new way of reading his work. She analyzes Wiebe's struggle to control the "socially contested territory" of language and principles that underlie his complex narrative structures. Drawing on Wiebe's manuscript materials, interviews, and Wiebe's Mennonite background, history, and political values, van Toorn gives the first real answer to his famous question: "Where is the voice coming from?"

In this, the companion to the landmark volume The Literary History of Alberta, Volume One: From Writing-on-Stone to World War Two, George Melnyk examines Alberta literature in the second half of the twentieth century. At last, Melnyk argues, Alberta writers have found their voice—and their accomplishments have been remarkable. The contradictory landscape, the stereotypes of the Indian, the Mountie, and the Cowboy, and the language of the Other, speaking from the margins—these elements all left their impressions on the consciousness of early Alberta. But writers in the last few decades have turned this inheritance to their advantage, to create compelling stories about this place and its people. Today, Melnyk discovers, Alberta writers can appreciate not only this achievement, but also its essential source: the symbolic communication of Writing-on-Stone. The Literary History of Alberta, Volume Two extends the study of Alberta's cultural history to the present day. It is a vital text for anyone interested in Alberta's vibrant literary culture.

This is the first book that comprehensively examines Indigenous filmmaking in North America, as it analyzes in detail a variety of representative films by Canadian and US-American Indigenous filmmakers: two films that contextualize the oral tradition, three short films, and four dramatic films. The book explores how members of colonized groups use the medium of film as a means for cultural and political expression and thus enter the dominant colonial film discourse and create an answering discourse. The theoretical framework is developed as an interdisciplinary approach, combining postcolonialism, Indigenous studies, and film studies. As Indigenous people are gradually taking control over the imagemaking process in the area of film and video, they cease being studied and described objects and become subjects who create self-controlled images of Indigenous cultures. The book explores the translatability of Indigenous oral tradition into film, touching upon the changes the cultural knowledge is subject to in this process, including statements of Indigenous filmmakers on this issue. It also asks whether or not there is a definite Indigenous film practice and whether filmmakers tend to dissociate their work from dominant classical filmmaking, adapt to it, or create new film forms and styles through converging classical film conventions and their conscious violation. This approach presupposes that Indigenous filmmakers are constantly in some state of reaction to Western ethnographic filmmaking and to classical narrative filmmaking and its epitome, the Hollywood narrative cinema. The films analyzed are The Road Allowance People by Maria Campbell, Itam Hakim, Hopiit by Victor Masayesva, Talker by Lloyd Martell, Tenacity and Smoke Signals by Chris Eyre, Overweight With Crooked Teeth and Honey Moccasin by Shelley Niro, Big Bear by Gil Cardinal, and Atanarjuat: The Fast Runner by Zacharias Kunuk.

The North has always had, and still has, an irresistible attraction. This fascination is made up of a mixture of perspectives, among these, the various explorations of the Arctic itself and the Inuk cultural heritage found in the elders' and contemporary stories. This book discusses the different generations of explorers and writers and illustrates how the sounds of a landscape are inseparable from the stories of its inhabitants. 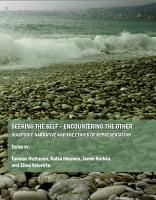 Seeking the Self – Encountering the Other offers new insights into diasporic experiences, encounters and representations. This collection of texts examines diaspora narratives and the ways in which different encounters with the other are represented, as well as how these encounters might be read and interpreted in ethical terms. The anthology explores questions of ethics in narratives of displacement or belonging, nationalist narratives of exclusion and borderline narratives, constructed on the foundation provided by encounters with the cultural, sexual, gendered and ethnic other. The contributors’ aim is to explore questions of responsibility and ethics in the study of diaspora, migration, and alterity from a wide range of perspectives. Following a Levinasian one, if the other is always ultimately transcendental and ungraspable through language, we are required to consider ethics every time we write, read or interpret an encounter with the other. 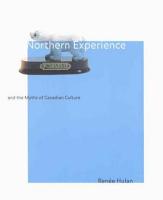 By investigating mutually dependent categories of identity in literature that depicts northern peoples and places, Hulan provides a descriptive account of representative genres in which the north figures as a central theme - including autobiography, adventure narrative, ethnography, fiction, poetry, and travel writing. She considers each of these diverse genres in terms of the way it explains the cultural identity of a nation formed from the settlement of immigrant peoples on the lands of dispossessed, indigenous peoples. Reading against the background of contemporary ethnographic, literary, and cultural theory, Hulan maintains that the collective Canadian identity idealized in many works representing the north does not occur naturally but is artificially constructed in terms of characteristics inflected by historically contingent ideas of gender and race, such as self-sufficiency, independence, and endurance, and that these characteristics are evoked to justify the nationhood of the Canadian state.

The nineteenth-century Métis politician and mystic Louis Riel has emerged as one of the most popular - and elusive - figures in Canadian culture. Since his hanging for treason in 1885, the self-declared David of the New World has been depicted variously as a traitor to Confederation; a French-Canadian and Catholic martyr; a bloodthirsty rebel; a pan-American liberator; a pawn of shadowy white forces; a Prairie political maverick; a First Nations hero; an alienated intellectual; a victim of Western industrial progress; and even a Father of Confederation. Albert Braz synthesizes the available material by and about Riel, including film, sculpture, and cartoons, as well as literature in French and English, and analyzes how an historical figure could be portrayed in such contradictory ways. In light of the fact that most aesthetic representations of Riel bear little resemblance not only to one another but also to their purported model, Braz suggests that they reveal less about Riel than they do about their authors and the society to which they belong. The most comprehensive treatment of the representations of Louis Riel in Canadian literature, The False Traitor will be a seminal work in the study of this popular Canadian figure.

The transnationalism of ordinary lives threatens the stability of national identity and unsettles the framework of national histories and biography. This book takes mobility, not nation, as its frame, and captures a rich array of lives, from the elite to the subaltern, that have crossed national, racial and cartographic boundaries.

Herb Wyile provides a comparative analysis of the historical concerns and textual strategies of twenty novels published since the appearance of Rudy Wiebe's groundbreaking The Temptations of Big Bear in 1973. Drawing on the work of theorists and critics such as Hayden White, Mikhail Bakhtin, Fredric Jameson, Linda Hutcheon, and Michel De Certeau, Speculative Fictions examines the nature of these novels' engagement with Canadian history, historiography, and the writing of historical fiction. In the 1970s and early 1980s, writers such as Wiebe, Joy Kogawa, and Timothy Findley set the stage for a predominantly postcolonial and postmodern interrogation of traditional conceptions of Canadian history, the writing of history and fiction, and the idea of nation. Through his comparative approach, Wyile emphasizes the ways in which this spirit has been sustained in more recent historical novels by Jane Urquhart, Guy Vanderhaeghe, Tom Wharton, Margaret Atwood, and others. He concludes that the writing of history in English-Canadian fiction over the last thirty years makes a substantial contribution to a revisioning of history and to a postcolonial renegotiation of Canada and Canadian society as we enter into a new century.

Writing in Dust is the first sustained study of prairie Canadian literature from an ecocritical perspective. Drawing on recent scholarship in environmental theory and criticism, Jenny Kerber considers the ways in which prairie writers have negotiated processes of ecological and cultural change in the region from the early twentieth century to the present. The book begins by proposing that current environmental problems in the prairie region can be understood by examining the longstanding tendency to describe its diverse terrain in dualistic terms—either as an idyllic natural space or as an irredeemable wasteland. It inquires into the sources of stories that naturalize ecological prosperity and hardship and investigates how such narratives have been deployed from the period of colonial settlement to the present. It then considers the ways in which works by both canonical and more recent writers ranging from Robert Stead, W.O. Mitchell, and Margaret Laurence to Tim Lilburn, Louise Halfe, and Thomas King consistently challenge these dualistic landscape myths, proposing alternatives for the development of more ecologically just and sustainable relationships among people and between humans and their physical environments. Writing in Dust asserts that “reading environmentally” can help us to better understand a host of issues facing prairie inhabitants today, including the environmental impacts of industrial agriculture, resource extraction, climate change, shifting urban–rural demographics, the significance of Indigenous understandings of human–nature relationships, and the complex, often contradictory meanings of eco-cultural metaphors of alien/invasiveness, hybridity, and wildness.

Has Canada moved beyond the nation state into the world of the post-national? To what extent have fixed notions of Canadian nationhood been replaced by a more global, decentralized sense of identification? Is nationhood (or post-nationhood) best expressed by statelessness and exile or by belonging? Or can Canadian national identity in fact fruitfully coexist with the post-national consciousness? These are some of the issues covered by this volume, issues seen from a range of perspectives - literary, cultural, political and economic. In the literary sphere the national/post-national debate is explored both through canonical writers, such as L. M. Montgomery, Stephen Leacock, and Marie-Claire Blais, and through recent First Nations, Asian-Canadian, African-Canadian, Ukrainian-Canadian and Quebec writing. The political and economic range is equally diverse, covering such topics as immigration policy, multiculturalism, Canadian-American relations, tourist imaginings of the Canadian North, the Canadian city, and Quebec nationalism. The book brings together 27 original articles from international scholars and creative writers, offering both European and Canadian perspectives. Six articles in French focus specifically on the francophone sphere.

What makes for powerful preaching? Careful exegesis, logical structure, interesting illustrations, and clear speech can all help. But truly transformative preaching depends on divine power, not human skill alone. Those who would reduce preaching to simple systems or sure-fire strategies for success will find little of interest here. Instead, this book appeals to those (pastors and academics alike) who find themselves confounded by the occasional futility of their best preaching and the unexpected success of their worst. It invites readers to enter more deeply into the uncontrollable mystery that attends all efforts to speak in the name of Christ, above all on the topic of resurrection. Although the gospel always turns our attention to the crucified and risen Lord, preaching about resurrection calls us to trust that the same God who raised Jesus from death will likewise grant life to us as preachers, to our sermons, and to our hearers alike. Drawing on resources as diverse as Luther’s understanding of the Christian gospel, Speech Act theory, and Bhabha’s concept of “Third Space,” Third Voice: Preaching Resurrection argues that the true key to effective preaching is not rhetoric, but spirituality.