Search Results for: ruler of the night

The notorious Opium-Eater returns in the sensational climax to David Morrell's acclaimed Victorian mystery trilogy. 1855. The railway has irrevocably altered English society, effectively changing geography and fueling the industrial revolution by shortening distances between cities: a whole day's journey can now be covered in a matter of hours. People marvel at their new freedom. But train travel brings new dangers as well, with England's first death by train recorded on the very first day of railway operations in 1830. Twenty-five years later, England's first train murder occurs, paralyzing London with the unthinkable when a gentleman is stabbed to death in a safely locked first-class passenger compartment. In the next compartment, the brilliant opium-eater Thomas De Quincey and his quick-witted daughter, Emily, discover the homicide in a most gruesome manner. Key witnesses and also resourceful sleuths, they join forces with their allies in Scotland Yard, Detective Ryan and his partner-in-training, Becker, to pursue the killer back into the fogbound streets of London, where other baffling murders occur. Ultimately, De Quincey must confront two ruthless adversaries: this terrifying enemy, and his own opium addiction which endangers his life and his tormented soul. Ruler of the Night is a riveting blend of fact and fiction which, like master storyteller David Morrell's previous De Quincey novels, "evokes Victorian London with such finesse that you'll hear the hooves clattering on cobblestones, the racket of dustmen, and the shrill calls of vendors" (Entertainment Weekly).

A novel of the thirteenth-century Mongolian warrior, and the women who surrounded him, that offers “a panoramic view of the charismatic leader” (Library Journal). In 1167, in the harsh homeland of Mongol tribes, a child was born who was to change the course of human history. His father named him Temujin, but the world knows him as Genghis Khan. Set amid the barbaric splendor of the Mongol hordes, Ruler of the Sky tells the tale of the warrior who forged one of the greatest and most terrifying armies the world had ever seen, and conquered the world from Peking to Persia. Not only is this the story of Genghis Khan, it is also the story of those who were closest to him, especially the women who played such an important role in his life. From the windswept plains of Mongolia to the opulence of the Chinese court, Ruler of the Sky is unforgettable.

Perfect for readers of Hilary Mantel, Alison Weir, and Philippa Gregory, Empress of the Night is Eva Stachniak’s engrossing new novel, told in the voice of Catherine the Great as the Romanov monarch reflects on her ascension to the throne, her rule over the world’s greatest power, and the sacrifices that made her the most feared and commanding woman of her time. A critically acclaimed historical drama and instant #1 international bestseller, The Winter Palace brilliantly reimagined the rise of Catherine the Great through the watchful eyes of her clever servant Varvara. Now, in Eva Stachniak’s enthralling new novel, Catherine takes center stage as she relives her astonishing ascension to the throne, her rule over an empire, and the sacrifices that made her the most feared and commanding woman of her time. As the book opens, the charismatic monarch is in her final hours. From the fevered depths of her mind, Catherine recalls the fateful trajectory of her turbulent life: her precarious apprenticeship as Russia’s Grand Duchess, the usurpers who seek to deprive her of a crown, the friends who beg more of her than she was willing to give, and her struggle to know whom to trust and whom to deceive to ensure her survival. “We quarrel about power, not about love,” Catherine would write to the great love of her life, Grigory Potemkin, but her days were balanced on the razor’s edge of choosing her head over her heart. Power, she learns, is about resolve, strategy, and direction; love must sometimes be secondary as she marshals all her strengths to steer her volatile country into a new century and beyond—to grow the Romanov empire, to amass a vast fortune, and to control a scheming court in order to become one of history’s greatest rulers. Gorgeously written with vivid detail and lyrical prose, Empress of the Night is an intensely intimate novel of a woman in charge of her fortunes, who must navigate the sorrows, triumphs, and hopes of both her soul and a nation. Praise for Empress of the Night “[Eva] Stachniak’s absorbing novel opens readers’ hearts to an extraordinary and misunderstood woman. . . . Wonderfully, lyrically written, Stachniak’s story vibrates with passion, drama and intrigue. This is a feast for fans.”—RT Book Reviews “Stachniak’s insight into the opulent lives of Russia’s rulers continues in this reflective second novel. . . . Historical fiction fans will appreciate this personal account of a formidable and, indeed, infamous ruler.”—Library Journal “The book takes on a dreamlike quality. . . . Ambitious . . . moving . . . structurally complex and psychologically intense . . . vivid descriptions.”—Quill & Quire “Stachniak brings to life one of the most fascinating—and controversial—female rulers of all time.”—DuJour “Empress of the Night casts light on Catherine’s life with unflinching honesty and intimacy. This fun novel of lovers, intrigue, and malicious and manipulative nobility keeps readers enthralled with every page.”—Virtuoso Life

Most histories of the Cherokee nation focus on its encounters with Europeans, its conflicts with the U. S. government, and its expulsion from its lands during the Trail of Tears. This work, however, traces the origins of the Cherokee people to the third century B.C.E. and follows their migrations through the Americas to their homeland in the lower Appalachian Mountains. Using a combination of DNA analysis, historical research, and classical philology, it uncovers the Jewish and Eastern Mediterranean ancestry of the Cherokee and reveals that they originally spoke Greek before adopting the Iroquoian language of their Haudenosaunee allies while the two nations dwelt together in the Ohio Valley.

Revelation: A Fresh Perspective helps you manage the massive quantity of details in the Bible's book of Revelation. Without using grandiose theological mumbo-jumbo, the major contextual breakdowns of Revelation are identified, to provide a general overview, and then the details are added. This offers a platform to give a greater understanding of this most important message God has given us. This approach also gives the opportunity to tie together all the details and not leave any out. This method does not provide the opportunity to hurry through Revelation in an hour or two; it takes a few more hours than that, but it does not require a college course to accomplish. Sticking with a simple, basic approach to evaluate the words and details that are actually written for us gives us a much greater understanding of this vision than you may have ever imagined.

The history of the divine is the history of human thought. For as long as men and women have pondered the mysteries of their existence, they have answered their own questions with stories of gods and goddesses. Belief in these deities shaped whole civilizations, yet today many of their names and images lie buried. The Encyclopedia of Ancient Deities makes those names available to the general reader as well as the scholar. This reference work lists all the known gods through recorded history. Alphabetically arranged entries provide the name of each deity (with alternate spellings), as well as notes on names that may be linguistically or functionally related. The tribe or culture that worshiped the deity is identified, and the god's origins and functions are explained. An extensive bibliography provides opportunities for further research and an exhaustive index provides access to the entries through virtually all names, forms and kinds of deities. 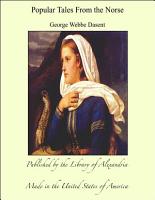