A biography of the Shoshoni Indian woman who acted as an interpreter, nurse, and guide for the Lewis and Clark expedition.

Sacajawea, a Shoshoni Indian interpreter, peacemaker, and guide, and William Clark alternate in describing their experiences on the Lewis and Clark Expedition to the Northwest.

This remarkable study rescues from undeserved obscurity the name and reputation of Sacajawea — a true Native American heroine. The volume also unravels the tangled threads of her family life and traces the career of her son Baptiste (the "papoose" of the Lewis and Clark expedition). It also describes her personal traits, the significant services she rendered during the expedition and while she acted as counselor to her own people, discloses the true meaning of her name and describes her "lost years" among the Comanches. The text is enhanced with 21 illustrations, including a map, and 6 appendices containing testimonies by Indian agents, missionaries, teachers, and Shoshone tribespeople.

Anthropologist Tom Johnson, a long-time fieldworker among the Eastern Shoshone Indians, unfolds a captivating story of mistaken identity, manipulated facts, and disputed legend involving Sacajawea, the young Shoshone who accompanied the Lewis and Clark expedition. For over a hundred years, many have believed Sacajawea rejoined her people at Wind River where she died and was buried in 1884. Conclusive evidence surfaced in the 1950s that the woman in that grave was not Sacajawea. Through his careful unraveling of Shoshone oral tradition, bolstered by the discovery of a key historical document, Johnson strips away decades of cover-up to reveal the Wind River Sacajawea's true identity without discrediting Shoshone history and values. The reader is invited onto a contemporary reservation to share in conversations with Native people who have a stake in both perpetuating and disputing the legend of Sacajawea. Also Called Sacajawea touches upon a universal ethnohistorical theme: the elevation of oral tradition to honor the beliefs about ancestors. It also illuminates how the dominant culture imposes its values and attitudes on Native people.

As the author of SACAJAWEA: Her True Story, I'm pleased with the reaction to the book but even more thrilled over the interest in Sacajawea, even from overseas. Although my e-mail is on only one website (it's [email protected]), I'm surprised about how many comments and questions I've received, including three from the United Kingdom this week. I try to personally respond to all the e-mails but I've also decided to use this forum to answer the best questions I receive, such as this one from Jeffrey Dawson, Wales: "An American friend told me about your book and I have ordered but not received it yet from Amazon.co.uk/United Kingdom. She also has sent me five of the Year 2000 Sacajawea Golden Dollar Coins, knowing my interest in the 1805-06 Lewis and Clark Expedition that ended merry-ole England's claims to the region stretching from the Mississippi to the Pacific. I surf the internet for Sacajawea stuff and read more about your book and learned that the little Indian girl is vastly widening the gap as easily the most memorialized female in American history. WOW! I have a question. As Sacajawea led the mission from the Missouri to the Pacific and back, were there any deaths among the members of the expedition on the arduous journey?" ANSWER: There were many close calls but only one member of the expedition died during the journey. That was Sergeant Charles Floyd. He died on August 20th, 1804, near present day Sioux City, Iowa. It is believed his death was due to a burst appendix. **************************** Carol Meminger; St. Paul, Minnesota: "I enjoyed your book and notice you spell your icon 'Sacajawea' but from time to time I see it spelled 'Sacagawea' or 'Sacakawea' or even 'Sakakawea' just as often. Can you explain this to me?" ANSWER: I use the "Sacajawea" spelling simply because she was a Shoshone and my Shoshoni friends think of her and spell her name that way. In other words, Sacajawea is family to them and that gives them the perogative, I think. If a white family had a daughter named Kathy, for example, I would think of Kathy with a "K" and not Cathy with a "C." But I understand your confusion. Sacajawea was Shoshoni but she was captured and enslaved by the Hidatsa Indians of Knife River in present day North Dakota when she was a child. Her Hidatsa captors named her "Sacagawea," which to them meant "Bird Woman." The Lewis and Clark Expedition helped reunite her with her Shoshoni people in 1805 and by then her brother Cameahwait had become Chief of the Shoshones. Even within their own tribe, Shoshoni women often had several name changes from time to time but Sacajawea apparently liked her Hidatsa name and it closely resembled the Shoshoni name that meant "one who launches boats." So, even today the Hidatsas and Shoshones pronounce the name basically the same except for the third syllable. Lewis and Clark, on the expedition, spelled her name as they pronounced it -- "Sah-cah-gah-we-ah." The Hidatsa word for bird is "sacaga" and the Hidatsa word for woman is "wea" and combining the two was how Sacajawea originally was named. But the general acceptance of the name by her Shoshoni people affords them the right to start the third syllable with a "j" and not a 'g' and pronounce it "Sack-a-ja-wea," I think. To the Shoshones, her name is "Sacajawea" and it means "boat launcher" but to the Hidatsas her name is "Sacakawea" and it means "Bird Woman." The third spelling -- "Sakakawea" --is promoted by the North Dakota Hidatsa and they pronounce it "sa-ka-ka-we-a." In 1814, eight years after the expedition, a man named Nicholas Biddle edited the Lewis and Clark journals and corrected many of the explorers' spelling and grammar mistakes. Biddle was the very first in the English language

In the saga of early western exploration a young Shoshoni Indian girl named Sacajawea is famed as a guide and interpreter for the Lewis and Clark Expedition to the Far Northwest between 1804 and 1806. Her fame rests upon her contributions to the expedition. In guiding them through the wilderness, in gathering wild foods, and, above all, in serving as an ambassadress to Indian tribes along the way she helped to assure the success of the expedition. This book retraces Sacajawea’s path across the Northwest, from the Mandan Indian villages in present-day South Dakota to the Pacific Ocean, and back. On the journey Sacajawea was accompanied by her ne’er-do-well French-Canadian husband, Toussaint Charboneau, and her infant son, Baptiste, who became a favorite of the members of the expedition, especially Captain William Clark. The author presents a colorful account of Sacajawea’s journeys with Lewis and Clark and an objective evaluation of the controversial accounts of her later years.

Recounts the life of Sacajawea, the Shoshoni woman who guided Lewis and Clark on their expedition to the Pacific Ocean 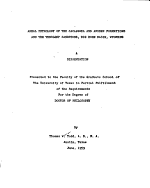