Search Results for: shakespeare and the classical tradition

This bibliography will give comprehensive coverage to published commentary in English on Shakespeare and the Classical Tradition during the period from 1961-1985. Doctoral dissertations will also be included. Each entry will provide a clear and detailed summary of an item's contents. For pomes and plays based directly on classical sources like Antony and Cleopatra and The Rape of Lucrece, virtually all significant scholarly work during the period covered will be annotated. For other works such as Hamlet, any scholarship that deals with classical connotations will be annotated. Any other bibliographies used in the compiling of this volume will be described with emphasis on their value to a student of Shakespeare and the Classics.

A reissue in paperback of a title first published in 1949. 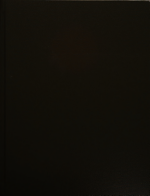 From one of our most eminent and accessible literary critics, a groundbreaking account of how the Greek and Roman classics forged Shakespeare’s imagination Ben Jonson famously accused Shakespeare of having “small Latin and less Greek.” But he was exaggerating. Shakespeare was steeped in the classics. Shaped by his grammar school education in Roman literature, history, and rhetoric, he moved to London, a city that modeled itself on ancient Rome. He worked in a theatrical profession that had inherited the conventions and forms of classical drama, and he read deeply in Ovid, Virgil, and Seneca. In a book of extraordinary range, acclaimed literary critic and biographer Jonathan Bate, one of the world’s leading authorities on Shakespeare, offers groundbreaking insights into how, perhaps more than any other influence, the classics made Shakespeare the writer he became. Revealing in new depth the influence of Cicero and Horace on Shakespeare and finding new links between him and classical traditions, ranging from myths and magic to monuments and politics, Bate offers striking new readings of a wide array of the plays and poems. At the heart of the book is an argument that Shakespeare’s supreme valuation of the force of imagination was honed by the classical tradition and designed as a defense of poetry and theater in a hostile world of emergent Puritanism. Rounded off with a fascinating account of how Shakespeare became our modern classic and has ended up playing much the same role for us as the Greek and Roman classics did for him, How the Classics Made Shakespeare combines stylistic brilliance, accessibility, and scholarship, demonstrating why Jonathan Bate is one of our most eminent and readable literary critics.

Brother Bear likes to tease his sister, but when he's the one who is taunted at school, he understands why Sister gets so mad. 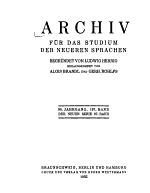 Originally published in 1949, Gilbert Highet's seminal The Classical Tradition is a herculean feat of comparative literature and a landmark publication in the history of classical reception. As Highet states in the opening lines of his Preface, this book outlines "the chief ways in which Greek and Latin influence has moulded the literatures of western Europe and America". With that simple statement, Highet takes his reader on a sweeping exploration of the history of western literature. To summarize what he covers is a near-impossible task. Discussions of Ovid and French literature of the Middle Ages and Chaucer's engagement with Virgil and Cicero lead, swiftly, into arguments of Christian versus "pagan" works in the Renaissance, Baroque imitations of Seneca, and the (re)birth of satire. Building momentum through Byron, Tennyson, and the rise of "art of art's sake", Highet, at last, arrives at his conclusion: the birth and establishment of modernism. Though his humanist style may appear out-of-date in today's postmodernist world, there is a value to ensuring this influential work reaches a new generation, and Highet's light touch and persuasive, engaging voice guarantee the book's usefulness for a contemporary audience. Indeed, the book is free of the jargon-filled style of literary criticism that plagues much of current scholarship. Accompanied by a new foreword by renown critic Harold Bloom, this reissue will enable new readers to appreciate the enormous legacy of classical literature in the canonical works of medieval, Renaissance, and modern Europe and America.