Search Results for: shedding the veil

Shedding the Veil is a highly original overview of Europe's exploration and discovery beyond her own confines. It tackles the subject via an analysis of maps dating from circa 1434 to 1865, with an emphasis on the period before 1600. The book begins with an appraisal of the peculiar circumstances which led late medieval Europe to pursue long-distance travel, both overland and by sea, introduces cosmographic traditions inherited from classical times, and investigates pre-Columbian excursions into the western ocean. Finally, the great voyages and mappaemundi of the early sixteenth century are described in depth. After 1600 the focus begins to narrow North America and particularly to the colonization of the American Northeast. All maps discussed in detail are illustrated. 40 full-page b/w plates, 25 full-page color plates. Contents:Part One: A World Called Europe:PrecedentsThe World As Known to Medieval EuropeClassical Enlightenment: The Renaissance Before ColumbusPart Two: A New World:The Western Antipodes?The Race to Skirt AmericaTruly a Fourth Part of the GlobePart Three: Early Colonization:The British and FrenchThe DutchPre- and Post- Revolution Readership: General. keywords: “… it is wonderful that a single collector could put together such treasures! The author provides readers with good information in a spritely manner … The Book is physically attractive, and the sixty-five illustrations (40 black and white; 25 color) are good. According to David Jolly in the flyer about the book, it will be sought after by collectors and dealers. In my opinion scholars could learn much from it as well … The book offers a lively text about some very interesting and rare maps.” Meridian “It is based on selected items from the collection of Sidney R Knafel, the quality and depth of which is clearly shown in the book … It is good to see such a well illustrated book, and a work in which the discussions are clear, concise and informative … An unusual feature is the binding of the book which is imitation leather rather than the usual cloth binding. This should ensure its longevity.” The Map Collector “The individual entries not only describe the map, but contain a wealth of information on the historial context of each item. Many obscure but interesting sidelights are given … More than 300 footnotes and an extensive index evidence just how wide-ranging this work is … any collector or dealer will find this a valuable addition to their reference library.” Antique Map Handbook “The many explanatory footnotes will be of interest and help to less expert readers … Mr Knafel, the collector; Mr Suarez the compiler, and the publisher deserve credit for an outstanding production that should please cartomaniacs very much.” Cartomania “This recently published book is probably the best book available on the early maps of the dsicovery period. It also covers some important later maps chiefly relating to New England. The book is destined to be a classic.” Paul Mahoney “In this well produced book, Thomas Suárez illustrates and describes 61 maps and globes in the Sidney R Knafel Collection. The maps were produced between 1472 and 1865, a period which saw considerable developments in exploration, science and map-making … he shows wide knowledge and scholarship.” IMCOS Journal “The book's excellent scholarly commentary on the 61 maps discussed and illustrated sets it apart from the many coffee table publications which have appeared in recent years.” Society for the History of Discoveries “This book provide a very personal, interpretive look at important early map of the Americas … I enjoyed the journey — and know I will return to this book again and again. Mr Suarez has great respect for the maps he describes, both for their cartographic artistry and the intellectual puzzles they present us … This book represents a welcome and unusual linking of private collector, dealer, publisher and exhibitors.” Association of Canadian Map Libraries and Archives “Shedding the Veil is a welcome overview of an extensive private collection for which no catalogue had been published. For individuals interested in the history of cartography, Suárez serves as a knowledgeable guide to these cartographic documents, interpreting them in the light of the historical, political and cultural context in which they were shaped.” Cartographica

Women worldwide are making their presence felt as sport fans in rapidly increasing numbers. This book makes a distinctive and innovative contribution to the study of sport fandom by exploring the growing visibility and interest in women who follow sport. It presents the latest data on women’s sport spectatorship in different regions of the world, posing new theoretical paradigms to study the globalised nature of female sport fandom. This book goes beyond conventional approaches to analysing the practices of women sport fans. By using a critical feminist perspective to investigate cultural conditions and social contexts (including globalisation, digital networked technologies, consumerism, neoliberalism and postfeminism), it brings into view a diversity of women’s voices and experiences as sport fans. It sheds new light on the power dynamics of gender, ethnicity and sexuality influencing women’s participation in sport spectatorship and interrogates the ways female sport fandom is made visible through transnational media networks. Women Sport Fans: Identification, Participation, Representation is fascinating reading for all those interested in sport and gender, the sociology of sport, or women’s studies.

Being with him would be too reckless. But maybe just this once... Having spent his college years and early twenties faithful to his sweetheart who ultimately dumped him for his brother, Jesse Kirby will never again be anyone’s fool. He’s been making up for lost time by sampling every woman he missed out on. But as thirty approaches, the revolving door to his bedroom isn’t doing it for him anymore. When he meets the altruistic Cassidy Anderson, he realizes it’s time to make some meaning out of his life. Sure, she may only be interested in him for his body and his literary tattoos, but he will make her see him for the man he now knows he can be. Cassidy Anderson has always lived her life to serve others and dated stable men her own age or older with the same goals in mind. As she considers an offer from one of those stable men, twenty-nine-year-old bartender Jesse Kirby sets his sights on her, giving her options she doesn’t need to consider. It’s been so long since Cassidy has experienced a body and a libido like his that she isn’t sure if she can pass him up. But just for a taste, because a relationship like theirs could only be headed for heartbreak. Grayton Beach Dreams is book five in the Love Along Highway 30A series, which features beautiful beach communities, a circle of unique and amazing friends, and romances that will have you cheering on the couples and fanning yourself from the heat. All books are standalone and can be enjoyed in or out of order.

Casting Gender puts forward a vision of theatre, storytelling, and the performance of the everyday function within the lived spaces of its performers and audiences, asking how women artists/scholars embody meaning, carry social value, and constitute possible identities. Drawing on scholarship in intercultural communication, performance studies, women's studies, and cultural studies, this collection of new, critically informed research advances our understanding of how theater works as intercultural communication and as a vehicle for change. Casting Gender offers varied locations and sites of research, highlighting the rich diversity of women's cultural identities, roles, and societal positions. This book moves beyond the western-centered nature of intercultural performance and intercultural communication theory and practice by creating a forum for nonwestern voices. 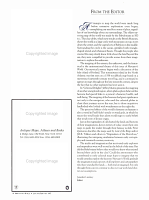 In an environment of increasing conservatism, in a world where a woman's right to wear the headscarf has become a touchstone for issues of all sorts, and at a time when racial and religious profiling has become commonplace, it is our political and social

This book, first published in 1991, moves beyond sensational headlines to explore how Middle Eastern men and women speak and feel about the societies in which they live. Kevin Dwyer makes use of extensive research and interview material from Egypt, Tunisia and Morocco and combines first-hand testimony with vivid and illuminating analysis. The voices are those of lawyers, political militants, religious thinkers, journalists and human rights activists who focus their discussion on the question of human rights and critical issues in social and cultural life.

In the past, ideologies and religions had a real impact on the media. In the current era of mass media and communication strategies, perception takes priority over identity and new questions arise: how to introduce faith and religion in a pluralising and detraditionalising world? What possibilities are offered by the new media? How can technical innovations be incorporated in church communication? Following the conference Belief in the Media (April 2007), this publication focuses on the gap between the language of faith and the language of the general media. The different contributors analyse, from within - but also from outside - a church context, the historical changes and challenges the Catholic Church and other faiths and denominations face with regard to their social communication and media strategies. However it is not only the relationship of religious institutions with the media that is at stake, but also the way in which the media cover topics such as the Middle East, Muslim immigrant populations in Europe, and the World Youth Day. Journalists have to find new ways to get a grip on these issues too.

Global genealogies -- Beyond Eurocentrism -- A borderless Renaissance -- Instituting the global