The first time I took revenge on Malcolm Peters I have to admit, I regretted it. Not that he didn't deserve it you understand. There was definitely justification for what I did, but somehow, it felt awkward staining, and wrong. It wasn't even really about him or any concern for how my actions would have affected him. Rather, it was more about me, the way that taking those actions made me feel. That first time, the pleasure in revenge was momentary and pretty soon I began to feel regret at having debased myself, allowing myself to be dragged down to that level. There had been enough of that sort of thing in our family already. The second time, the final time, I felt no remorse. What happened, happened. Nothing can be done about it now and of course, there is no way to prove that I or Ciaco had anything to do with it. I first met Peters in the summer and under the most in-glamorous of circumstances. Taking the job at the burger joint hadn't really been a choice but a necessity. It’s funny, but even now I remember as a kid, visiting the place and watching the staff. Teenagers sprinting from one task to another whilst disgruntled customers on the other side of the counter screamed at them. I remember thinking that I would hate to do that... GET YOUR COPY TODAY! 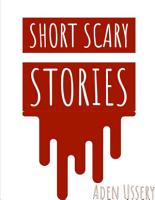 Like most bad ideas, the whole thing had actually started as a joke. A flippant remark that should really have been swatted away like a persistent fly or left to dissolve into memory like an indistinct blur of the day's other conversations. I should have been, but it wasn't. Instead, the joke became an idea, an idea that grew into a suggestion, and before I knew it, was gathering mass like a snowball rolling downhill, picking up both speed and size the further it was pushed. Within minutes, the joke had grown and mutated into a full-blown plan of action, for which arrangements were already being made. Once the ball gets rolling like that it’s always hard to stop. Bad ideas have a momentum of their own. Morefield was a quiet town, filled, unfortunately, with not so quiet people. The primary forms of entertainment in this tiny rural backwater being either to gossip about other people's intrigues and indiscretions or actively participate in them yourself for the future discussion of others. As a trio, Adrien, Dion, and I had long ago decided to opt-out of...

I’ve always believed the old maxim that truth is stranger than fiction. If you ever doubt the fact, then I urge you to spend more time around people, particularly the elderly and to make sure that you spend that time listening. One of the best things about working in care, with the elderly, is the never ending procession of stories. It’s a perk of a job. Lived experience is the best source for narratives and once you get to know those that you care for and more importantly, once they get to know you, you often find that they are more than willing to reminisce about their past experiences, the lives they’ve lived, the people they’ve loved and lost and to talk about the strange twists of fate that have befallen them. Sometimes however, it pays to be careful. For although truth is undoubtedly stranger than fiction, it can also be far more terrifying. Sometimes the things people tell you, with a straight face and absolute conviction can rob you of your...

five minutes tales for kids: Horror tales is the eighth book of this amusing series .this book is captivated for kids of ages 5 to 10 yearsa book of 52 pages full of fearful characters and exciting events which make your kids release themselves from their daily routine, this book is full of morals which help your kids to improve their imagination and creative skills, also this book will give them virtual training to understand that life is not easy and it allows them to sincerely practice how they may feel or act in a comparable circumstance

Tyler Street looked as though it hadn’t changed a bit since the last time Byron had been there. Same sidewalk cafe. Same trendy woman’s clothing store across the street. Same classy jazz club next door to that. It had been a year since he’d been there, and everything was perfectly in place. Stepping past the jazz club and clothing store, he heard a high-pitched whimper in the background, rising above the traffic’s din. It sounded wounded, almost angry. Like a dying goose. Checking the faces of other pedestrians, he wonders why nobody else seemed to notice the sound. They all kept walking, faces casual. Nobody was curious about that tortured wail. Byron shrugged it off, figuring he was just imagining it. Maybe he was distracted by the grim mission that lay ahead of him. He took a seat at the sidewalk cafe, checking the time and rehearsing words in his head he’d already repeated more times than he cared to recall. It’s not you. It’s me. I just don’t think I’m...

Let the nightmares begin! Are you in for a treat...get ready for 6 terrifying tales that will keep you up at night! The Hunger The Glass Casket A Miserable Death for Simon Small The Death Note The Mirror Effect 7 Days in Hell

so you think you've heard it all-the really scary ghost stories. At this point, nothing can scare you. We beg to disagree.To prove there's still a wealth of fresh, scary stories, Planning on getting a good night's sleep tonight? Think again. These 50 real ghost stories will have you questioning that bump you hear in the night.