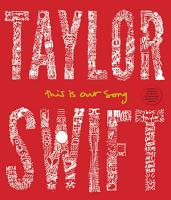 A book about Taylor. Made with love. By fans. For fans. “Delightful...A rich and exhaustive production...Swifties have gotten their bible.” —The New Yorker Ten years ago, an unknown sixteen-year-old released a self-titled debut country album. A decade later, Taylor Swift has reached record-breaking, chart-topping heights. A ten-time Grammy winner, Swift has been hailed for her songwriting talent, crossed effortlessly from country to pop, and established herself as a musician who can surprise, delight, and inspire, all while connecting with her fans in a way that only she can. Amazingly, after all these years, there is no great, comprehensive book about Swift for her fans. Until now. This book, a fan-generated celebration of Swift’s first decade as an artist, collects the best writing and images from the past ten years in one gorgeous volume. From prefame interviews with Swift in local Pennsylvania newspapers to major profiles in The New Yorker and Rolling Stone; from album reviews by top critics such as Robert Christgau, Sasha Frere-Jones, and Ann Powers to essays by beloved novelists like Maggie Shipstead; from Tavi Gevinson’s classic ode to Swift in The Believer to Q&As with Chuck Klosterman and humorous analysis from McSweeney’s and The Hairpin; from album-themed crossword puzzles and adult coloring pages to profiles of Taylor’s biggest fans; from an excerpt of the soon-to-be-published novel Taylor Swift: Girl Detective to a “book within a book” of Swift’s most inspiring quotations titled (naturally) The Tao of Tay, this book is the vital collection of all things Taylor. Here, finally, is the must-have book for every Swiftie and every music lover. For, as Klosterman wrote in GQ, “If you don’t take Swift seriously, you don’t take contemporary music seriously.” * This book is a tribute to Taylor Swift, but she was not involved in its creation. *

Get inside the head of one of the most influential musicians of our time with this collection of her most inspiring and revealing quotes. The quotations in this book have been carefully curated from Taylor Swift’s numerous public statements—interviews, op-eds, social media posts, and more. It’s a comprehensive picture of her meteoric rise to the top, her ever-savvy business sense, and her increasingly forthright perspective on the music world and beyond. Swift’s catchy, chart-topping songs have propelled her to become one of the bestselling musicians of all time. But in the more than fifteen years she’s been making music, she has also amassed enough power to buck the norms of an industry notorious for controlling the images of its often very young female artists. She’s stood up for herself and for other artists, championing their rights to fair royalties, and inspired tens of thousands of fans to register to vote. Swift’s achievements have earned her spots on both Forbes’s Most Powerful Women and Time’s 100 Most Influential People lists. Now, for the first time, you can find her most inspirational, thought-provoking quotes in one place. 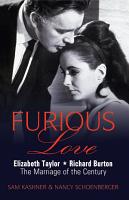 DIV A tough Welshman, he was softened by the affections of a breathtakingly beautiful woman: she was a modern-day Cleopatra madly in love with her own Mark Antony. For quarter of a century, Elizabeth Taylor and Richard Burton were the king and queen of Hollywood. Yet their two marriages to each other represented much more than outlandish romance. Together, Elizabeth and Richard were a fascinating embodiment of the mores and transgressions of their time and even luminaries like Jacqueline Kennedy looked to them as a barometer of the culture. The enduring glamour, grandeur, drama and bravado embodied in the couple gave rise to the type of rabid gossip and wide-eyed adoration that are the staples of todayÕs media. Using brand-new research and interviews Ð including unique access to Taylor herself, the Burton family, and TaylorÕs extensive personal correspondence Ð this ultimate celebrity biography is the gripping real-life story of a fairy-tale couple whose lives were even grander and more outrageous than the epic films they made. /div

The full story of Taylor Swift’s stratospheric rise to fame; all any dedicated Swifty needs to know about the pop superstar who’s taking over the world.

This scholarly analysis of the music of Taylor Swift identifies how and why she is one of the early 21st century's most recognizable and most popular stars. • Provides the only scholarly critical analysis of the songs and recordings of megastar Taylor Swift • Places Swift, her work, and her public stances in the context of her generation and its definition of "empowerment" and "feminism" • Explores Swift's work as an extension of the early 1970s' confessional singer-songwriter movement

If you've ever dreamt of meeting Taylor Swift then this is the book for you! Author Sarah Oliver has the inside scoop from Taylor's biggest Swifties from around the world, including all the gossip about what happened when they met Taylor, her mom Andrea and her publicist Tree... and tour secrets from Loft '89, Club Red and T-Party you won't hear anywhere else. Chloe from Southampton was invited to listen to 1989 months before its release at a top-secret session event for Taylor's biggest fans. She also found out that Taylor loves stalking fans on Twitter. Marley from Piedmont, Alabama spent hours hanging out with Taylor, enjoying a pizza party in her penthouse apartment. She met her cat Olivia and found out what the real Taylor is like – away from the spotlight. Kristen from Bloomfield, New Jersey became infamous after a photo of her shaking with excitement at a Red concert went viral in the Swiftie community. Initially mortified, it did mean that she got to meet Taylor two years later. Sarah Oliver reveals all this and much more about the life of one of the most exciting pop stars today including: which countries are Taylor's favourites and why; what she likes to do on her days off; and some of the incredible things she's done when not performing. Sit back, relax and follow in the footsteps of Taylor as she goes around the world! 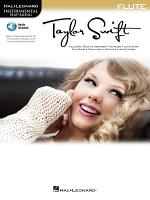 (Instrumental Folio). 15 favorites from this terrific, Grammy-winning singer-songwriter! Contains solo arrangements of: Back to December * Change * Fearless * Fifteen * Love Story * Mine * Our Song * Picture to Burn * Should've Said No * Sparks Fly * Speak Now * Teardrops on My Guitar * Today Was a Fairytale * White Horse * You Belong with Me.

Listen up Swifties! Ten years ago, an unknown sixteen-year-old released a self-titled debut country album. A decade later, Taylor Swift has reached record-breaking, chart-topping heights. She's been hailed for her songwriting talent, crossed effortlessly from country to pop, and established herself as a musician who can surprise, delight, and inspire! Amazingly, after all these years, there is still no great, comprehensive book about Swift for her fans. This book will change that by collecting the best writing and images that have been produced about Taylor over the past decade in one gorgeous volume. Simon & Schuster asked fellow Swifties to be part of the book and fans around the world have entered competitions to choose the book's title, design its cover and become its honorary author! It also includes submissions from the likes of Tavi Gevinson and Chuck Klosterman. This is an oversized, beautifully illustrated scrapbook that tells the story of Swift's first ten years as an artist in intimate detail. Use the hashtag #SwiftFanBook to join the conversation online. 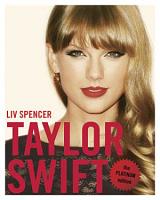 Presents the life and career of the country singer, offering insight into her personal relationships and influences, in an edition updated to chronicle her recent successes.

Taylor marched up to the woman behind the front desk and went into gear. "Hi I'm Taylor Swift I'm eleven and I want a record deal " She handed the woman her CD. "Call me " she said and flashed her a cheery smile. "She thought I was cute," Taylor said when she was back in the car. "The usual. Go away and come back when you're eighteen." Taylor stared out the side window as her mother drove slowly down Music Row in Nashville, Tennessee. As they passed by the famous Bluebird Cafe, she said, "Someday I'm going to sing here."

Taylor Swift 2020 Taylor Swift: The Ultimate Fan Book 2020 is the latest Taylor Swift book on Amazon -- fully updated in October 2019 to include the latest fun facts and trivia about your favorite superstar. It is the fun-filled must-have book for every Taylor Swift fan. In this Taylor Swift book you'll find amazing Taylor Swift biography facts and quotes as well as a Taylor Swift quiz to test your knowledge of the superstar herself! The author has put together some of the best facts about Taylor Swift, many of which will surprise you! Taylor Swift Quiz Who is Taylor currently dating? How old was Taylor when she moved to Nashville? Who is Taylor's BFF from high school? What is the breed of Taylor's cat Meredith? You'll have the chance to answer these questions and over 100 more in the Ultimate Taylor Swift Fan Book. How many do you know the answer to? Taylor Swift Quotes Read some of Taylor's best quotes, including what she really thinks about love and some tips for happiness! Taylor Swift Facts Taylor loves buying vintage style iPhone cases Taylor Swift has a private jet worth $40 million Taylor is scared of driving. These are just some of the Taylor Swift facts you'll find in the book. So if you're a true Swiftie, grab this book today. Or, treat your Taylor Swift loving friend or family member -- the Taylor Swift: Ultimate Fan Book 2017 is ideal for Swifties of all ages and makes for the perfect Christmas present! **Bonus Taylor Swift word search puzzle included**

A new series of unauthorized biographies on the world's biggest names and rising stars in entertainment, sports, and pop culture! Complete with quizzes, listicles, trivia, and a full-color pull-out poster of the star, this is the definitive collection to get the full Scoop! and more on your favorite celebrities. Taylor Swift. Where to begin? * Has made Time's 100 most influential people in the world list. Three times...so far... * Holds six Guinness book of world Records. Yes, six. * Has won 10 Grammy Awards. Go on... * Oh, and an Emmy! So, what could possibly be next? Get the full Scoop! and more on Taylor Swift: America's biggest female popstar.

Learn all about Taylor's life and what inspires her to make such amazing music. This 32 page book is the equivalent to a level 3 reader. Its packed with tons of pictures of Taylor and lots of fun facts every Taylor fan should know