*Includes pictures *Includes a bibliography for further reading As one of the seminal social revolutions in human history, the French Revolution holds a unique legacy, especially in the West. The early years of the Revolution were fueled by Enlightenment ideals, seeking the social overthrow of the caste system that gave the royalty and aristocracy decisive advantages over the lower classes. But history remembers the French Revolution in a starkly different way, as the same leaders who sought a more democratic system while out of power devolved into establishing an incredibly repressive tyranny of their own once they acquired it. The French Revolution was a turbulent period that lasted several years, and one of the most famous events of the entire revolution came near the beginning with the Tennis Court Oath. By July of 1788, King Louis XVI agreed to call the Estates-General, a large, traditional legislative body, for the first time since 1614. The country's finances, already quite tenuous, reached a crisis stage in August 1788 as France faced bankruptcy. In March 1789, the electoral method was set. While the nobility and clergy would hold direct elections, the much larger Third Estate would elect representatives from each district who would then attend larger assemblies to elect their official representatives to the Third Estate of the Estates-General. Finally, in the spring of 1789, Louis XVI summoned the Estates-General. They were to convene at Versailles on April 27, but did not do so until May 5. Late elections continued into the summer as conditions around the country delayed many elections. At the same time, bread prices reached an all-time high, leading to riots throughout the country, particularly in Paris. During the formal ritual that welcomed the Estates-General on May 4, 1789, in a precursor of things to come in the following months, the Third Estate refused to kneel before the king. The deputies of the Third Estate came before the king, walking two at a time, and bowed before Louis XVI and Marie Antoinette. Not surprisingly, those witnessing the parade of the Estates-General had hoped for reform but came to expect that the Estates-General would serve as a tool of the administration. Unaware of why the National Assembly was closed off, and faced with the loss of their usual meeting place, the National Assembly laid claim to an unused indoor tennis court at Versailles for their meetings, which continued throughout the weekend of June 20, 1789. The king's actions were viewed as an act of despotism, renewing the spirit of the Assembly. Together, all of the deputies of the National Assembly, took an oath, commonly referred to as the Tennis Court Oath, in which they vowed to remain in session until "the constitution of the Realm and public regeneration are established and assured." On June 22, the Royal Session was postponed and the Assembly met again in the tennis court. They welcomed the clergy to the National Assembly, as decided on June 19. With some joy, they also greeted three noblemen from the Estates-General who had chosen to join the National Assembly. The stage was set for a confrontation between the king and the National Assembly, and within a month, the Bastille would be stormed, leading to widespread riots. The French Revolution had begun in earnest. The Tennis Court Oath: The History and Legacy of the National Assembly's Pivotal Meeting at the Beginning of the French Revolution analyzes the history and legacy of one of the French Revolution's seminal events. Along with pictures of important people, places, and events, you will learn about the Tennis Court Oath like never before.

John Ashbery writes like no one else among contemporary American poets. In the construction of his intricate patterns, he uses words much as the contemporary painter uses form and color- words painstakingly chosen as conveyors of precise meaning, not as representations of sound. These linked in unexpected juxtapositions, at first glance unrelated and even anarchic, in the end create by their clashing interplay a structure of dazzling brilliance and strong emotional impact. From this preoccupation arises a poetry that passes beyond conventional limits into a highly individual realm of effectiveness, one that may be roughly likened to the visual world of Surrealist painting. Some will find Mr. Ashbery’s work difficult, even forbidding; but those who are sensitive to new directions in ideas and the arts will discover here much to quicken and delight them. A 35th anniversary edition of classic work from a celebrated American poet who has received the Pulitzer Prize, the national Book Award, and the national Book Critics Circle Award. John Ashbery’s second book, The Tennis Court Oaths, first published by Wesleyan in 1962, remains a touchstone of contemporary avant-garde poetry.

An insightful overview of an important era in cinema.

“We can no longer see, much less teach, transhistorical truths, timeless works of art, and unchanging critical criteria without a highly developed sense of irony about the grand narratives of the past,” declare the editors, who also coedited Visual Theory: Painting and Interpretation (1990). The field of art history is not unique in finding itself challenged and enlarged by cultural debates over issues of class, ethnicity, nationality, sexual orientation, and gender. Visual Culture assembles some of the foremost scholars of cultural studies and art history to explore new critical approaches to a history of representation seen as something different from a history of art. CONTRIBUTORS: Andres Ross, Michael Ann Holly, Mieke Bal, David Summers, Constance Penley, Kaja Silverman, Ernst Van Alphen, Norman Bryson, Wolfgang Kemp, Whitney Davis, Thomas Crow, Keith Moxey, John Tagg, Lisa Tickner. Ebook Edition Note: Ebook edition note: all illustrations have been redacted.

A comparative study of the French Revolution's most famous artist and a little-known illustrator. 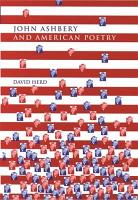 David Herd discusses the poetry of John Ashbery, showing that a sense of occasion was a binding principle for the poets of the New York School. He traces the development of Ashbery's poetry and sets it against culturally defining issues.

The authors explore the complex, many-faceted visual culture of the French Revolution, which took place in a period characterised by the creation of a new visual language steeped in metaphor, symbol and allegory.

An interdisciplinary study of nationalism drawing on the events of the French Revolution. 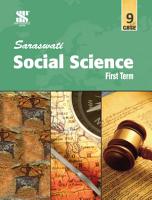 A book on social science

For all the disciplined artifice of Elizabeth Bishop and John Ashbery, the essays in this collection show that panic plays a crucial role in their work, giving substance to Bishop's claim that “an element of mortal panic and fear” underlines all art. Panic emerges as a condition of creative anxiety and the self-imposed demands of originality in response to the poetic traditions Bishop and Ashbery inherited. These concerns are explored in essays addressed to Bishop and Ashbery's engagement with European Surrealism as an alternative to the dominant poetics of Modernism and its aftermath in the middle years of the twentieth century. Other essays debate the philosophical, religious, and political orientation of their work in relation to Romantic orthodoxies and Postmodern ironies in terms of cultural history, ideology and poetic practice. This collection provides original commentaries on the work of two poets widely regarded as amongst the most significant American poets of the second half of the twentieth century with essays by notable scholars from the United States and Britain known for their special interests in modern poetry including Joanne Feit Diehl, Mark Ford, Edward Larissy, Peter Nicholls, Peter Robinson, Thomas Travisano, Cheryl Walker and Geoff Ward.

Containing sample exam questions at both AS and A2 levels, this text aims to show students what makes a good answer and why it scores high marks. It should help students grasp the difference between a GCSE and an A-level mark in history.

The French Revolutionary and Napoleonic period was the defining moment for modern European history. Using primary texts, this volume explains the upheavals, terror, and drama that restructured politics and society on such a large scale.