Search Results for: the history and philosophy of art education

An investigation of the development of Art and Design education in Italy, France, Britain, Germany, and the United States. This study traces the philosophies of teachers from the age of the guilds and the academies, setting them in the context of the general education theories of their times. 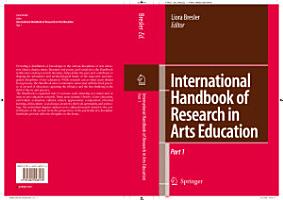 Providing a distillation of knowledge in the various disciplines of arts education (dance, drama, music, literature and poetry and visual arts), this essential handbook synthesizes existing research literature, reflects on the past, and contributes to shaping the future of the respective and integrated disciplines of arts education. While research can at times seem distant from practice, the Handbook aims to maintain connection with the live practice of art and of education, capturing the vibrancy and best thinking in the field of theory and practice. The Handbook is organized into 13 sections, each focusing on a major area or issue in arts education research.

The humanities include disciplines as diverse as literary theory, linguistics, history, film studies, theology, and philosophy. Do these various fields of study have anything in common that distinguishes them from, say, physics or sociology? The tripartite division between the natural sciences, the social sciences and the humanities may seem self-evident, but it only arose during the course of the 19th century and is still contested today. History and Philosophy of the Humanities: An Introduction presents a reasoned overview of the conceptual and historical backgrounds of the humanities. In four sections, it discusses: - the most influential views on scientific knowledge from Aristotle to Thomas Kuhn; - the birth of the modern humanities and its relation to the natural and social sciences; - the various methodological schools and conceptual issues in the humanities; - several themes that set the agenda for current debates in the humanities: critiques of modernity; gender, sexuality and identity; and postcolonialism. Thus, it provides students in the humanities with a comprehensive understanding of the backgrounds of their own discipline, its relation to other disciplines, and the state of the art of the humanities at large. 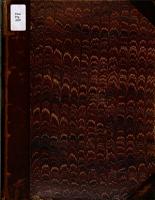 Covering each of the core curriculum areas in turn, this is a reference on school subject teaching. The authors assess the development of teaching within each subject area since the 1944 Education Act up to the year 2000. Future challenges are also explored.

This book grew from a series of lectures presented in 1983 in the context of the Summer Program in Phenomenology at The Pennsylvania State University. For these lectures I made use of notes and short essays which I had written between 1978 and 1982 during interdisciplinary seminars on Heidegger's later philosophy in general, and on his philosophy of language and art in particular. The participants in these seminars consisted of faculty members and graduate students concerned with the sciences, the arts, literature, literary criticism, art history, art education, and philosophy. On both occasions I made a special effort to introduce those who did not yet have a specialized knowledge of Heidegger's philosophy, to his later way of thinking. In this effort I was guided by the conviction that we, as a group, had to aim for accuracy, precision, clarity, faithfulness, and depth, while at the same time taking distance, comparing Heidegger's views with ideas of other philosophers and thinkers, and cultivat ing a proper sense of criticism. Over the years it has become clear to me that among professional philoso phers, literary critics, scholars concerned with art history and art education, and scientists from various disciplines, there are many who are particularly interested in "Heidegger's philosophy of art". I have also become convinced that many of these dedicated scholars often have difficulty in understanding Heidegger's lectures on art and art works. This is understandable.

This collection of Ralph Smith's writings provides a comprehensive overview of his extraordinary contributions to understanding the importance of aesthetics in education. These essays record his lifelong efforts to construct a defensible rationale for the arts in general education and a workable curriculum for art education in our public schools (K-16). The topics covered range from liberal education to arts education, the relationship of art, aesthetics, and aesthetic education to teaching and curriculum, the arts and the humanities, and cultural diversity.