Search Results for: the aztec shell 3 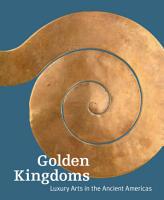 This volume accompanies a major international loan exhibition featuring more than three hundred works of art, many rarely or never before seen in the United States. It traces the development of gold working and other luxury arts in the Americas from antiquity until the arrival of Europeans in the early sixteenth century. Presenting spectacular works from recent excavations in Peru, Colombia, Panama, Costa Rica, Guatemala, and Mexico, this exhibition focuses on specific places and times—crucibles of innovation—where artistic exchange, rivalry, and creativity led to the production of some of the greatest works of art known from the ancient Americas. The book and exhibition explore not only artistic practices but also the historical, cultural, social, and political conditions in which luxury arts were produced and circulated, alongside their religious meanings and ritual functions. Golden Kingdoms creates new understandings of ancient American art through a thematic exploration of indigenous ideas of value and luxury. Central to the book is the idea of the exchange of materials and ideas across regions and across time: works of great value would often be transported over long distances, or passed down over generations, in both cases attracting new audiences and inspiring new artists. The idea of exchange is at the intellectual heart of this volume, researched and written by twenty scholars based in the United States and Latin America.

Mircea Eliade--one of the most renowned expositors of the psychology of religion, mythology, and magic--shows that myth and symbol constitute a mode of thought that not only came before that of discursive and logical reasoning, but is still an essential function of human consciousness. He describes and analyzes some of the most powerful and ubiquitous symbols that have ruled the mythological thinking of East and West in many times and at many levels of cultural development.

Robert Stevenson's book is a comprehensive, expert and readable study on Aztec and Incan music. He examines the musical cultures at the time of first contact with Europeans and also Mesoamerican and Andean highland musical traditions up to 1800.

A classic volume on the early study of American Indians. With the settling of the New World, word spread throughout Europe of the native inhabitants, their artifacts, communities, and culturals. Prehistoric America by Marquis de Nadaillac is a prime example of a classic work of the period that addressed the antiquity of humans in the New World, drawing upon the full range of scientific data compiled on the inhabitants and their cultures. The proximity of human remains with those of extinct animals was still a very recent finding, even in the Old World. Nadaillac’s early attempts at cross-cultural comparison and theoretical explanations make this work valid despite the advances of modern-day scholarship. This work was originally published in French in 1883 and translated into English in 1884. 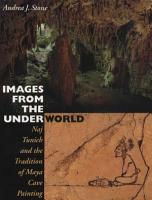 In 1979, a Kekchi Maya Indian accidentally discovered the entrance to Naj Tunich, a deep cave in the Maya Mountains of El Peten, Guatemala. One of the world's few deep caves that contain rock art, Naj Tunich features figural images and hieroglyphic inscriptions that have helped to revolutionize our understanding of ancient Maya art and ritual. In this book, Andrea Stone takes a comprehensive look at Maya cave painting from Preconquest times to the Colonial period. After surveying Mesoamerican cave and rock painting sites and discussing all twenty-five known painted caves in the Maya area, she focuses extensively on Naj Tunich. Her text analyzes the images and inscriptions, while photographs and line drawings provide a complete visual catalog of the cave art, some of which has been subsequently destroyed by vandals. This important new body of images and texts enlarges our understanding of the Maya view of sacred landscape and the role of caves in ritual. It will be important reading for all students of the Maya, as well as for others interested in cave art and in human relationships with the natural environment.

Presenting the latest in archaeometallurgical research in a Mesoamerican context, Archaeometallurgy in Mesoamerica brings together up-to-date research from the most notable scholars in the field. These contributors analyze data from a variety of sites, examining current approaches to the study of archaeometallurgy in the region as well as new perspectives on the significance metallurgy and metal objects had in the lives of its ancient peoples. The chapters are organized following the cyclical nature of metals--beginning with extracting and mining ore, moving to smelting and casting of finished objects, and ending with recycling and deterioration back to the original state once the object is no longer in use. Data obtained from archaeological investigations, ethnohistoric sources, ethnographic studies, along with materials science analyses, are brought to bear on questions related to the integration of metallurgy into local and regional economies, the sacred connotations of copper objects, metallurgy as specialized crafting, and the nature of mining, alloy technology, and metal fabrication. 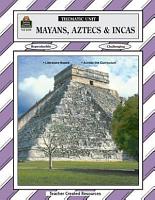 This unit, designed for use with intermediate and junior high school students, centers on the Mayan, Aztec and Incan civilizations in Central and South America and contains literature selections, poetry, writing ideas, curriculum connections to other subjects, group projects and more. The literary works included are: The corn grows ripe / by Dorothy Rhoads -- Aztecs: the fall of the Aztec capital / by Richard Platt -- Secret of the Andes / Ann Nolan Clark. 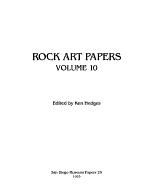 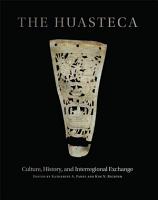 The Huasteca, a region on the northern Gulf Coast of Mexico, was for centuries a pre-Columbian crossroads for peoples, cultures, arts, and trade. Its multiethnic inhabitants influenced, and were influenced by, surrounding regions, ferrying unique artistic styles, languages, and other cultural elements to neighboring areas and beyond. In The Huasteca: Culture, History, and Interregional Exchange, a range of authorities on art, history, archaeology, and cultural anthropology bring long-overdue attention to the region’s rich contributions to the pre-Columbian world. They also assess how the Huasteca fared from colonial times to the present. The authors call critical, even urgent attention to a region highly significant to Mesoamerican history but long neglected by scholars. Editors Katherine A. Faust and Kim N. Richter put the plight and the importance of the Huasteca into historical and cultural context. They address challenges to study of the region, ranging from confusion about the term “Huasteca” (a legacy of the Aztec conquest in the late fifteenth century) to present-day misconceptions about the region’s role in pre-Columbian history. Many of the contributions included here consider the Huasteca’s interactions with other regions, particularly the American Southeast and the southern Gulf Coast of Mexico. Pre-Columbian Huastec inhabitants, for example, wore trapezoid-shaped shell ornaments unique in Mesoamerica but similar to those found along the Mississippi River. With extensive examples drawn from archaeological evidence, and supported by nearly 200 images, the contributors explore the Huasteca as a junction where art, material culture, customs, ritual practices, and languages were exchanged. While most of the essays focus on pre-Columbian periods, a few address the early colonial period and contemporary agricultural and religious practices. Together, these essays illuminate the Huasteca’s significant legacy and the cross-cultural connections that still resonate in the region today.

Imagine you are growing up in an Aztec family. Music and dance are important parts of your life, for they are tied in with religion, and pleasing the gods is very important. You will learn how to sing, dance, and play a musical instrument by the time you are twelve years old, and how well you do so will reflect on your family. You study music, and you perform in an orchestra that plays for special religious celebrations. Imagine you are a dancer or a singer. You and your group shake bodies, hands, and feet in time to the drums. You sing together while holding flowers and wearing feathers. The songs and dances tell a story, perhaps one of the early Aztec legends or something to do with the gods. Hundreds of people join you in these dances and songs, and when you perform well, your parents are very proud. Find out more about these customs and how the Aztecs lived, worked, and played in the land that would become Mexico.

shell in the night sky / and whose anti-clockwise spiral / repeats the Milky Way’s unwinding / informed not with the lore of clocks or teachers / but of gods and children Where We Live explores how specific places and their features (street scenes, classrooms, furniture, creatures both real and mythical) become part of our identities, and illustrates how we carry them around and how we are shaped by their outlines even as we, in turn, transform them. This reciprocity extends to the adoption of other voices in the translated poems that are a vital part of each section, and to the active participation of the reader invited by the collection’s flexible use of poetic form. John Reibetanz’s approach comes from a conviction that the most compelling and significant features of human identity are not primarily found in solitude but rather evolve through our conversations with otherness. This collection works as a kind of long poem, its three parts interconnected, each presenting a particular interpretation of the process of possession, loss, and recovery. “Thresholds” deals with encounters between the self and the other – childhood experiences, family, familiar places – and seeks ways of transcending the disappointment within such sources. “Roommates” explores both the uniqueness and the reciprocity in human relationships with the natural world, and “Flyways” posits that there is no separation between the human/natural and the imaginative: however far-flung, they all interweave and constitute the territory where we live. 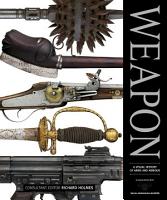 The ultimate record of arms and armour An epic 4,000-year illustrated story of weaponry. From stone axes to heavy machine-guns, swords to sniper rifles, discover the innovative design, range, lethal function and brutal history of arms and armour, and meet the warriors who wielded them. Includes all the important arms from the ages, covering edged weapons, clubs, projectiles and firearms from ancient Egyptian axes, through bows and spears of traditional societies in Africa, Oceania and the Americas, to the machine-guns and missiles of modern infantry forces. Key weapons from every era are presented in sharp detail and the mechanisms that operate them are displayed and explained. Top fighting forces, from the Greek hoplite to the Navy Seal are profiled, and the weapons they have wielded and the tactics and fighting methods they’ve used are revealed.