Search Results for: the book of kells

The Book of Kells is the richest and most copiously illustrated book of in the Celto-Saxon style that still survives. However, despite its rarity and fame, there is little that is known about it. Reproducing over sixty of the wonderful images from the book itself, this guide describes the hidden meanings behind the illustrations and opens our eyes to the history behind them. Picking out the most interesting, beautiful and unique images from the 339 vellum leaves that comprise the book as a whole, it gives an illuminating insight into the manuscript and its creation. This book will appeal to everyone from the hundreds of thousands of people visiting the Book of Kells at Trinity College Dublin every year, to those interested in history, art, ancient artefacts or the gospels and anyone with a passion for beautiful objects. 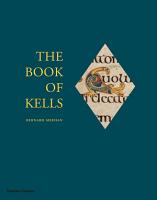 Among the very finest of all insular manuscripts, the Book of Kells receives magnificent treatment in this beautiful new study. Illustrated in full colour throughout, the book also contains over 80 actual size reproductions of the manuscript's most important and spectacular pages. But this volume is about much more than the pictures; Bernard Meehan's comprehensive text provides a in-depth exploration of the manuscript, the circumstances of its production and historical context, the text and its interrelationship with the decoration, as well as the complex symbolism expressed therein. Further chapters analyse technical aspects, the identification of different scribal hands, and the physical materials used in the book.

Created between the seventh and ninth centuries AD, The Book of Kells is one of the great cultural icons of the medieval West. In the past, it has received a great deal of popular and scholarly attention, but only recently has its labyrinth of meaning and references begun to be explored. In "The Book of Kells: Its Function and Audience," Carol Ann Farr builds on the work of liturgists, palaeographers, historians, and art historians to go beyond basic analysis to place The Book of Kells in the wider context of use and audience. Farr situates The Book of Kells as part of an evangelical tradition that used the physical appearance of the gospels as a tool of conversion. By examining the manuscript in its political, social, historical, and religious contexts, she provides a fresh perspective on this most famous of insular illuminated texts. In particular, Farr offers new and convincing readings of two of the most difficult images, the 'Temptation' and so-called 'Arrest'.

The Book of Kells is one of the supreme artistic creations to survive from the middle ages. In 1006, the Annals of Ulster recognized it as 'the chief glory of the Western world'. In the sixteenth century, Gerald Plunket of Dublin observed that 'This work doth pass all mens conyng'. Since Plunket's day, the Book of Kells has been the subject of considerable scholarly attention. 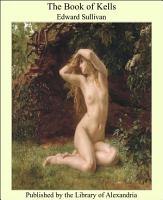 A beautiful and simple introduction to the Book of Kells. George Otto Simms, a world-renowned authority on the Book of Kells, reveals the mysteries hidden in this magnificent manuscript, and the lives of the monks who made it. Newly-expanded colour plate section. 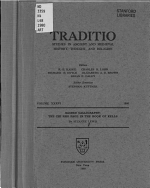 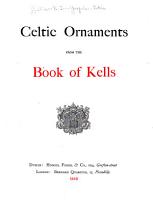