Criminal defense attorney Agnes Rodrigues got her client Hank Alves acquitted of a murder in the rainforest of the Big Island, but the victim was a cop’s wife, and a case like this doesn’t end with “not guilty.” When someone takes a shot at her client, and that someone looks like a cop, Agnes knows no one in Hawaii will take on the job of protecting Hank. Agnes travels to New Jersey to hire ex-prostitute Diana Andrews and her crew of bodyguards, who have a reputation as the toughest in the business. But Diana refuses the job. The Jersey girl has been to the Big Island before, and it almost killed her. Diana’s own people persuade her, but her decision puts her in the crosshairs with Agnes. The bodyguards are soon earning their payday, but nobody can be protected forever. Keeping Hank alive means finding the real killer, and Diana might know the answer from first career. And what Agnes has to do outside the courtroom will make her an honorary Jersey girl, if it doesn’t kill her first. Praise for THE HONORARY JERSEY GIRL: “A lean, mean confluence of complicated women and the seedier side of paradise, The Honorary Jersey Girl is suspenseful and plenty of fun.” —Kristen Lepionka, Shamus Award-winning author of the Roxane Weary mystery series “The Honorary Jersey Girl has the kick-assiest cast of women—badass bodyguards, wily hookers, and a fierce attorney—who power this taut, relentlessly-paced novella that rips through the gritty underworld of Hawaii like a stray bullet, searching for flesh to pierce. This is deeply satisfying noir from a master of the craft.” —Kevin Catalano, author of Where the Sun Shines Out

Carnegie Fitch can be called a lot of things. Ambitious is not one of them. Months after escaping death in the circus ring at the hands of the Dead Clowns and the feet of a stampeding elephant, he is no longer a half-assed private eye with an office and no license, but instead a half-assed tow truck driver without either. Still, he manages to find ample time to drink lots of diner coffee, hang with fellow down-and-out diner denizens and have all those shiny daydreams about landing that BIG CASE. Well, careful what you wish for, Fitch. Because when a wealthy widow hires him to sniff along the trail of a soapbox svengali with a hobo history and several mysterious deaths in his wake, not only will it put Fitch, aka Gastown’s Favourite Punching Bag, in harm’s way as he navigates a twisted road of stolen coins, defrocked dentists, wacky hallucinogens, crooked cops, and cult crazies, but his past, present and future will also come a-calling, each with their own knockout blow to land. Basically, Fitch will be forced to question damn near everything, sanity included. Who knew 40 nickels could get a guy in so much hot water? Praise for 40 NICKELS: “Action packed from the first sentence, R. Daniel Lester offers readers a briskly paced down-and-out detective yarn, cleverly composed and executed at a machine gun clip. A twisted look at the lengths desperation stretches its victims and the bizarre attempts one man makes to stay one step ahead of his runaway case. Full of kooky phantasmagoric imagery and the blackest diner coffee this side of three a.m. 40 Nickels is worth every penny.” —J.D. Graves, Editor-in-Chief, Econoclash Revue “You’re guaranteed to walk into the fight heavy with your knuckles wrapped around 40 Nickels. Fitch is a hard-up dick on a long, strange trip, whose mistress is chaos. Lester’s tale takes you right into the back alleys of post-war Vancouver, where you might end up chasing The Sacred Glow, and just when you think you got lucky, daddio, you end up on your back, with a new set of choppers.” —Scotch Rutherford, Managing Editor, Switchblade “The thing about R. Daniel Lester’s writing is it’s boiling just under the surface. You ride along through his stories, enjoying how he has all the right things in all the right amounts. But where you can’t see it, tension is rising. Fangs are being bared. It’s boiling. And when it gets to the surface, he’s got you where his talent wants you when it hits.” —Ryan Sayles, author of the Richard Dean Buckner thrillers

When Nole Darlen kills his father—the man who has built the largest house anyone in these East Tennessee hills has ever seen—the single resounding gunshot sets up a dark patchwork of memory and expectation that gathers-up townspeople, hill-folks, lovers and outlaws. Here is a tangled tale involving the dead man’s wife, neighbor Burlton Hobbes, desperado Jem Craishot, and a grizzled muskrat-trapper named Hogeye. Central to the story is a pistol that Nole Darlen has taken from a card game the night before the murder. The pistol becomes a totem to Nole, an embodiment of the frustrations and failures that have dogged his life. He envies and fears the outlaw, Jem Craishot, wishing he, too, could be “fearsome,” but descends, instead, into cowardice and betrayal. Eventually, the gun becomes a central element of the novel’s twisted story, a talisman of murder, and a key to the book’s shocking ending. Richard Hood brings to bear his deep roots in rural East Tennessee. The plots and subplots of Regret the Dark Hour are based on true stories. The house still exists, the patricide really happened, the outlaw—Jem Craishot—is based upon the legendary Kinny Wagner, whose exploits derive from this time and region. The novel’s social and cultural backgrounds are accurate, and call-up the rich heritage of East Tennessee. The novel has been called “Southern Gothic Noir,” and Hood describes it as an “anti-mystery.” There is never any doubt about who killed Carl Darlen, but the story turns and weaves through the day of the murder and ends with a startling, dark, surprise. Here is a story of family violence—its simmering causes and smoldering consequences—set against the clashing tensions of old-and-new, fiddle-tunes and factories, among the hills and coves of prohibition-era East Tennessee. Praise for REGRET THE DARK HOUR: “Richard Hood’s Regret the Dark Hour is a search for Regional Truth and the ways memory, representation, and history intertwine to produce stories, interpretation, and character. This novel is a triumph—giving us the sound and flavor of prohibition-era East Tennessee, in a mix of voice, perception, and blindness embedded within the darkly tangled story of a family murder.” —Shelby Stephenson, Poet Laureate of North Carolina and author of Paul’s Hill: Homage to Whitman; Our World and Nin’s Poem “Regret the Dark Hour calls up a story of betrayal, forbidden love, and familial violence in prohibition-era Appalachia. Hood’s stunning and lyrical writing vividly captures the world of this forgotten time period. A beautiful debut and wonderful addition to southern noir.” —Jen Conley, author of Seven Ways to Get Rid of Harry

This is Tijuana, MX. Rachel’s tending bar in a sex club and Sam’s doing illegal errands for Chito Ochoa, a wannabe cartel enforcer. They’re looking for their next mark. When Billy Jake, a dorky rich kid and ambitious documentary filmmaker, approaches Rachel about doing a doc on Mexican strippers, she convinces him there’s a better story to tell. Does he want to penetrate a Mexican cartel? It just so happens she’s got the keys to the kingdom. Sam takes Billy along for a few simple chores and it’s like waving crank in front of a junkie—the rich kid takes the bait. But he’ll need a kicker for his groundbreaking story, and Sam and Rachel know just the thing. All it’ll take is forty Gs of Billy's money. And why not buy in? This might be the greatest story Billy Jake ever gets to tell. Praise for THE RULE OF THIRDS: “Phillips writes good grift. The Rule of Thirds is a sexy, savvy, con caper with a sting in its tail.” —DDC Morgan, author of Blood & Cinders “Tijuana noir is its own thing, and The Rule of Thirds is Exhibit A. It’s lean and mean, short and not sweet at all.” —Albert Tucher, author of The Same Mistake Twice and The Honorary Jersey Girl “Matt Phillips offers a piece of border noir that’s as much about survival and ambition as it is about the current Mexican/American dynamic. Characters trying to make it big while clawing to just make it day to day. A tight, punchy ride that kicks up the social stratum.” —Hector Duarte, Jr., author of Desperate Times Call “The Rule of Thirds moves so fast it’ll snap your neck if you’re not careful. Pure noir with unlikable and yet engaging characters, a fascinating premise, and escalating tension that’ll make you sweat.” —Paul Heatley, author of Cutthroat and Just Like Jesus

Our Readers (also known as "primers") are modeled after the popular nineteenth-century McGuffey Readers, which were used to teach life lessons and reading skills to young children. Using colorful illustrations and a variety of writing forms, The New Jersey Reader showcases the state's rich heritage and natural charms, as well as its place in American history. Poems, state symbols, and riddles engage beginning readers. Prose, biographies, and short stories challenge more advanced readers. Topics include early Native American culture, the state nickname, famous citizens (Molly Pitcher and John Woolman), and the Revolutionary War. A timeline listing major events in state history is also featured.Trinka Hakes Noble's many awards include ALA Notable Children's Book and Booklist Children's Editors' Choice. Trinka lives in Bernardsville, New Jersey. K. L. (Kate) Darnell has illustrated all of the books in the Reader series. In addition to her work as an illustrator, Kate is an art instructor. She lives in East Lansing, Michigan.

WENT TO SEE THE GYPSY is a fascinating account of rock's golden age, told by a writer who has been fascinated by its music and musicians since the Beatles invaded America. You will find in its pages memories and assessments of all of the greatest rock bands, including the Beatles, the Stones, the Who, U2, the Doors, Creedence Clearwater Revival, Bob Dylan and the Band, AC/DC, Cream, Led Zeppelin, Pink Floyd, the Jimi Hendrix Experience, and many others. You'll also hear the author's favorites, including Jeff Beck, Minnie Riperton, James Jamerson, Karla Bonoff, and neglected but great groups like Nazz and Spirit. In addition to being a fan, Mark Fogarty has also played in bands, recorded and performed live, and written for music publications, and he describes these experiences as well and how they added to the excitement and joy rock music has brought him over the decades. It all adds up to an amazing journey to the heart of rock and roll!

The eruption of Kilauea on the Big Island of Hawaii tests Officer Jenny Freitas like nothing else in her young police career. It's not enough that she finds a murder victim in a doomed house just seconds before the lava overwhelms it. A second victim draws Jenny back to the danger zone again and again. Maybe the goddess Pele isn't satisfied with owning the islands. Maybe she, and the killer, want Jenny too. 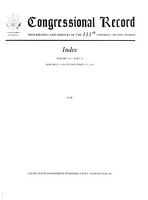