Search Results for: the kids in the hall

It’s finally here — the definitive, authorized story of legendary sketch comedy troupe The Kids in the Hall. Meticulously researched and written with the full cooperation and participation of the Kids by critically acclaimed biographer and comedy aficionado Paul Myers, The Kids in the Hall: One Dumb Guy features exclusive interviews with Dave Foley, Bruce McCulloch, Kevin McDonald, Mark McKinney, and Scott Thompson, as well as key players from their inner circle, including producer Lorne Michaels, the “man in the towel” Paul Bellini, and head writer Norm Hiscock. Marvel as the Kids share their intimate memories and behind-the-scenes stories of how they created their greatest sketches and most beloved characters, from the Chicken Lady and Buddy Cole to Cabbage Head and Sir Simon & Hecubus. The Kids in the Hall: One Dumb Guy spans the entirety of the Kids’ storied career, from their early club shows in Toronto to their recent live reunion tours across North America — and everything in between. Along for the ride are a plethora of fans, peers, and luminaries to celebrate the career and legacy of Canada’s most subversively hilarious comedy troupe. You’ll read tributes from Seth Meyers, Judd Apatow, Garry Shandling, Paul Feig, Mike Myers, David Cross, Michael Ian Black, Brent Butt, Jonah Ray, Dana Gould, Bob Odenkirk, Andy Richter, and Canada’s newest comedy sensation, Baroness Von Sketch. As an added bonus, the book includes never-before-seen photographs, poster art, and script excerpts from the personal archives of the Kids themselves. Perfect for diehard fans and new initiates alike, The Kids in the Hall: One Dumb Guy will make you laugh and make you cry . . . and it may even crush your head.

The first book to explore their history, legacy, and influence This is a book about the Kids in the Hall „ the legendary Canadian sketch comedy troupe formed in Toronto in 1984 and best known for the innovative, hilarious, zeitgeist-capturing sketch show The Kids in the Hall „ told by the people who were there, namely the Kids themselves. John SemleyÍs thoroughly researched book is rich with interviews with Dave Foley, Mark McKinney, Bruce McCulloch, Kevin McDonald, and Scott Thompson, as well as Lorne Michaels and comedians speaking to the KidsÍ legacy: Janeane Garofalo, Tim Heidecker, Nathan Fielder, and others. It also turns a criticÍs eye on that legacy, making a strong case for the massive influence the Kids have exerted, both on alternative comedy and on pop culture more broadly. The Kids in the Hall were like a band: a group of weirdoes brought together, united by a common sensibility. And, much like a band, theyÍre always better when theyÍre together. This is a book about friendship, collaboration, and comedy „ and about clashing egos, lost opportunities, and one-upmanship. This is a book about the head-crushing, cross-dressing, inimitable Kids in the Hall.

Please note that the content of this book primarily consists of articles available from Wikipedia or other free sources online. Pages: 29. Chapters: Brain Candy, Bruce McCulloch, Buddy Cole (character), Chicken Lady, Dave Foley, Kevin McDonald, List of The Kids in the Hall episodes, Mark McKinney, Paul Bellini, Scott Thompson, The Kids in the Hall: Death Comes to Town. Excerpt: The Kids in the Hall is a Canadian sketch comedy group formed in 1984, consisting of comedians Dave Foley, Kevin McDonald, Bruce McCulloch, Mark McKinney, and Scott Thompson. Their eponymous television show ran from 1988 to 1994 on CBC in Canada, and 1989 to 1995 on CBS and HBO in the United States. The theme song for the show was the instrumental "Having an Average Weekend" by the Canadian band Shadowy Men on a Shadowy Planet. The troupe made one movie, Brain Candy, which was released in 1996. The name of the group came from Sid Caesar, who, if a joke didn't go over, or played worse than expected, would attribute it to "the kids in the hall," referring to a group of young writers hanging around the studio. Before the troupe formed, Bruce McCulloch and Mark McKinney were working together doing Theatresports in Calgary, performing in a group named "The Audience." Norm Hiscock, Gary Campbell, and Frank Van Keeken were co-members and later became writers on the show. At the same time, Dave Foley and Kevin McDonald were performing around Toronto (along with Luciano Casimiri) as The Kids in the Hall (KITH). In 1984, the two pairs met in Toronto, and began performing regularly as KITH, with a rotating band of members, including Paul Bellini for a short time. When Scott Thompson was invited to join in January 1985, the group had its final form. The same year, McCulloch and Foley appeared in the Anne of Green Gables series, as Diana Barry's husband and a former classmate of Anne's from the fictional Queen's College, respectively. Not long afterwards, the Kids broke up for a short time when... 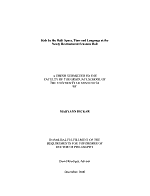 School is always fun in Ms. Colman's Class! Ms. Colman's class is putting on a play. everyone is excited about Alice in Wonderland. Especially Leslie Morris. Leslie loves to act. She would be the perfect Alice. But then Karen is chosen for the part of Alice. Karen is a big show-off. Leslie hates the class play now. Maybe she can ruin it...

School is always fun in Ms. Colman's class! A famous author is going to visit Ms. Colman's class. He is Ricky's favorite author. Ricky can't wait for Author Day. But then Ricky makes a big mistake in class. Now Ricky doesn't want to have Author Day at all.

How do schools sustain a collaborative, inclusive culture in these times of high-stakes testing and standardization? Through the story of a progressively minded public elementary school, the author shows how committed educators can collaborate to maintain a creative, inclusive educational environment and still rise to the demands of state-imposed standards. This timely volume explores the evolution of a school in chaos to a highly regarded school serving a diverse student population.