Search Results for: the pact beneath the bridge 2

'Fast-moving, addictive and thoroughly satisfying,' Jane Casey 'The Secret History for Millennials' Belinda Bauer 'You won't be able to put this book down.' Jo Spain 'Another terrifying, shudder-making, utterly compulsive read' Jill Mansell 'Clever, compelling and unexpected' Rachel Abbott 'So compelling, so addictive' Samantha Downing 'Clever, suspenseful' Cara Hunter 'Horrifying and addictive' Catherine Cooper ********** A golden summer, and six talented friends are looking forward to the brightest of futures - until a daredevil game goes horribly wrong, and a woman and two children are killed. 18-year-old Megan takes the blame, leaving the others free to get on with their lives. In return, they each agree to a 'favour', payable on her release from prison. Twenty years later Megan is free. Let the games begin . . . ********** Richard & Judy bestseller Sharon Bolton is back, with her twistiest thriller yet.

Just who is "the troll"? The troll is the disgruntled, negative voice within each of us that works tirelessly to remind us of our deepest fears of inadequacy. As we attempt to better ourselves or our lot in life--that is, to cross any bridge--it is the troll underneath that bridge that belittles and taunts us until, too battered to go on, we return to the "safe" side of the bridge. The troll is well equipped to do battle, employing a full arsenal of tricks to promote self-doubt and keep us as prisoners of low self-esteem. Rather than suggest that we wage war with the troll, however, Terry Cooper--through a sound blend of psychology and spirituality--encourages us to understand the ways of the troll, the ways we inadvertently aid and abet the work of the troll and the ways we can handle our conflict with the troll. Perhaps most importantly, Dr. Cooper helps us realize that it is our acceptance of the troll as part of ourselves that ultimately enables us to disarm the troll. With this realization, we no longer resist grace; we are on the way to healing our troll.

From the national bestselling author of Final Patrol comes a gripping story of heroism under the sea. In November 1943, while on war patrol in the Makassar Strait, the USS Billfish submarine was spotted by the Japanese, who launched a vicious depth charge attack. Explosions wracked the sub for fifteen straight hours. With his senior officers incapacitated, diving officer Charlie Rush boldly assumed command and led key members of the crew in a heroic effort to keep their ship intact as they tried to escape. Now, in War Beneath the Waves, this intense story is finally told in all its harrowing detail. It is an inspiring tale of one man's leadership and courage under fire, and of the remarkable efforts of a submarine crew to do their duty and save their ship.

NBS agents are trained for one purpose: bringing down The Syndicate, an international crime organization aimed at profiteering by keeping countries at war with one another. When an NBS agent is murdered shortly before her first assignment, five new recruits quickly realize the agency they're working for may not be as trustworthy as it seems, forcing them to make a pact in order to survive. Can the new agents stay alive long enough to uncover the truth behind their fellow recruit's death? Or is finding answers hidden deep within both organizations tempting enough to make one of them break the pact? About the Author Christian Liberty Marshall is an Austrian-based writer, and musician with degrees from Vanderbilt University, and University of Music and Performing Arts Graz. When not performing as a violist, he can be found teaching at the Popakademie Baden-Württemberg, writing educational material for children, or translating German literature.

From the CWA Historical Dagger Award-nominated author of The Angel's Mark in 2019 and The Serpent's Mark in 2020 Betrayal has many guises... London, 1593: Five years on from the Armada and England is taking its first faltering steps towards a future as a global power. Nicholas Shelby - reluctant spy and maverick physician - and his companion Bianca Merton are settling into a life on Bankside. But in London there is always a plot afoot... Robert Cecil, the Queen's spymaster, once again recruits Nicholas to embark on a dangerous undercover mission that will take him to the back alleys of Marrakech in search of a missing informer. However, while Nicholas hunts for the truth across the seas, plague returns once more to London - ravaging the streets and threatening those dearest to him. Can Bianca and Nicholas' budding relationship weather the threats of pestilence and conspiracy? And will Nicholas survive the dangers of his mission in a hostile city to return safely home? ________________________ Praise for The Jackdaw Mysteries, a CWA Dagger finalist series 'S. W. Perry is one of the best' The Times 'No-one is better than S. W. Perry at leading us through the squalid streets of London in the sixteenth century' Andrew Swanston 'S. W. Perry's ingeniously plotted novels have become my favourite historical crime series' S. G. MacLean

The first title in a classic trilogy about the giants of the Forgotten Realms world. The Ogre’s Pact is the first novel in a trilogy that deals with the giants of the Forgotten Realms setting. Giants are little written about, and this trilogy, written by New York Times best-selling author Troy Denning ten years ago, was the first to detail them. This reissue features new cover art. AUTHOR BIO: TROY DENNING is the New York Times best-selling author of Waterdeep. He has written numerous other novels set in the Forgotten Realms world as well as the Prism Pentad, set in the Dark Sun® world of Athas. He is the author of Star by Star, Tatoonine Ghost, and Recovery, all set in the Star Wars universe. From the Paperback edition. 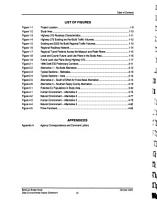 The Danube is the longest river in western and central Europe. Rising amidst the beautiful wooded hills of Germany's Black Forest, it touches or winds its way through ten countries and four capital cities before emptying into the Black Sea through a vast delta whose silt-filled channels spread across eastern Romania. From earliest times, the river has provided a route from Europe to Asia that was followed by armies and traders, while empires, from the Macedonian to the Habsburg, rose and fell along its length. Then, in the middle of the twentieth century, the Danube took on the role of a watery thread that unified a continent divided by the Iron Curtain. In the late 1980s the Iron Curtain lifted but the Danube valley soon became an arena for conflict during the violent break-up of the former Yugoslavia. Now, passing as it does through some of the world's youngest nations, including Slovakia, Croatia, Serbia, Moldova, and Ukraine, the river is a tangible symbol of a new, peaceful, and united Europe as well as a vital artery for commercial and leisure shipping. Andrew Beattie explores the turbulent past and vibrant present of the landscape through which the Danube flows, where the enduring legacies of historical regimes from the Romans to the Nazis have all left their mark.