Search Results for: the shallow graves of rwanda 3

The ignorant bystander: Britain and the Rwandan genocide uses a case study of Britain’s response to the genocide to explore what factors motivate humanitarian intervention in overseas crises. The Rwandan genocide was one of the bloodiest events in the late twentieth century and the international community’s response has stimulated a great deal of interest and debate ever since. In this study, Dean White provides the most thorough review of Britain’s response to the crisis written to date. The research draws on previously unseen documents and interviews with ministers and senior diplomats, and examines issues such as how the decision to intervene was made by the British Government, how media coverage led to a significant misunderstanding of the crisis, and how Britain shaped debate at the UN Security Council. The book concludes by comparing the response to Rwanda, to Britain’s response to the recent crises in Syria and Libya.

This is a compendium of case studies that seek to describe the best uses of military power, particularly airpower, in response to genocide. The writers examine recent instances of genocide in Somalia, Rwanda, and Côte d¿Ivoire to draw out useful generalizations concerning the nature of genocide, international reactions to genocide, and effective responses to genocide and the possibility of genocide.

Pottier examines how a persuasive analysis of the situation in Rwanda exacerbated the original crisis.

Through a rigorous critique of the dominant narrative of the Rwandan genocide, Collins provides an alternative argument to the debate situating the killings within a historically-specific context and drawing out a dynamic interplay between national and international actors. 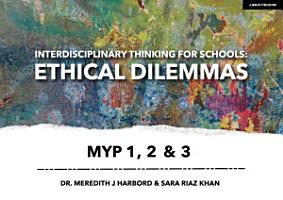 On the tenth anniversary of the horrific genocide in Rwanda, an expert witness tells the first full story of the massacre's planning, with damning details of Western inaction.

Events in Rwanda in 1994 mark a landmark in the history of modern genocide. Up to one million people were killed in a planned public and political campaign. In the face of indisputable evidence, the Security Council of the United Nations failed to respond. In this classic of investigative journalism, Linda Melvern tells the compelling story of what happened. She holds governments to account, showing how individuals could have prevented what was happening and didn't do so. The book also reveals the unrecognised heroism of those who stayed on during the genocide, volunteer peacekeepers and those who ran emergency medical care. Fifteen years on, this new edition examines the ongoing impact of the 1948 Genocide Convention and the shock waves Rwanda caused around the world. Based on fresh interviews with key players and newly-released documents, A People Betrayed is a shocking indictment of the way Rwanda is and was forgotten and how today it is remembered in the West.

Examining the response of the United Nations to forced displacement in three cases, this insightful work lays bare the breach between advances in global policy on gender equality and humanitarianism and the implementation of these policies. In this book Erin Baines uses the examples of Bosnia, Rwanda and Guatemala to explore the interplay between the global, the national and the local level. By providing critical empirical data, feminist propositions can be tested against experience. Vulnerable Bodies will form an excellent resource for courses in international relations, gender studies, development studies, comparative politics, and for UN policymakers and government practitioners.

The Rwandan genocide has become a touchstone for debates about the causes of mass violence and the responsibilities of the international community. Yet a number of key questions about this tragedy remain unanswered: How did the violence spread from community to community and so rapidly engulf the nation? Why did individuals make decisions that led them to take up machetes against their neighbors? And what was the logic that drove the campaign of extermination? According to Scott Straus, a social scientist and former journalist in East Africa for several years (who received a Pulitzer Prize nomination for his reporting for the Houston Chronicle), many of the widely held beliefs about the causes and course of genocide in Rwanda are incomplete. They focus largely on the actions of the ruling elite or the inaction of the international community. Considerably less is known about how and why elite decisions became widespread exterminatory violence. Challenging the prevailing wisdom, Straus provides substantial new evidence about local patterns of violence, using original research-including the most comprehensive surveys yet undertaken among convicted perpetrators-to assess competing theories about the causes and dynamics of the genocide. Current interpretations stress three main causes for the genocide: ethnic identity, ideology, and mass-media indoctrination (in particular the influence of hate radio). Straus's research does not deny the importance of ethnicity, but he finds that it operated more as a background condition. Instead, Straus emphasizes fear and intra-ethnic intimidation as the primary drivers of the violence. A defensive civil war and the assassination of a president created a feeling of acute insecurity. Rwanda's unusually effective state was also central, as was the country's geography and population density, which limited the number of exit options for both victims and perpetrators. In conclusion, Straus steps back from the particulars of the Rwandan genocide to offer a new, dynamic model for understanding other instances of genocide in recent history-the Holocaust, Armenia, Cambodia, the Balkans-and assessing the future likelihood of such events.

In July 1994, Thomas P. Odom was part of the U.S. Embassy team that responded to the Goma refugee crisis. He witnessed the deaths of 70,000 refugees in a single week. In the previous three months of escalating violence, the Rwandan genocide had claimed 800,000 dead. Now, in this vivid and unsettling new book, Odom offers the first insider look at these devastating events before, during, and after the genocide. Odom draws on his years of experience as a Defense Attaché and foreign area specialist in the United States Army to offer a complete picture of the situation in Zaire and Rwanda, focusing on two U.S. embassies, intelligence operations, U.N. peacekeeping efforts, and regional reactions. His team attempted to slow the death by cholera of refugees in Goma, guiding in a U.S. Joint Task Force and Operation Support Hope and remaining until the United States withdrew its forces forty days later. After U.S. forces departed, Odom crossed into Rwanda to spend the next eighteen months reestablishing the embassy, working with the Rwandan government, and creating the U.S.-Rwandan Demining office. Odom assisted the U.S. Ambassador and served as the principal military advisor on Rwanda to the U.S. Department of Defense and National Security Council throughout his time in Rwanda. His book candidly reveals Odom’s frustration with Washington as his predictions that a larger war was coming were ignored. Unfortunately, he was proven correct: the current death toll in that unfortunate country is close to three million. Odom’s account of the events in Rwanda illustrate not only illustrate how failures in intelligence and policy happen, but also show that a human context is necessary to comprehend these political decisions.

This electronic version has been made available under a Creative Commons (BY-NC-ND) open access license. This book outlines for the first time in a single volume the theoretical and methodological tools for a study of human remains resulting from episodes of mass violence and genocide. Despite the highly innovative and contemporary research into both mass violence and the body, the most significant consequence of conflict - the corpse - remains absent from the scope of existing research. Why have human remains hitherto remained absent from our investigation, and how do historians, anthropologists and legal scholars, including specialists in criminology and political science, confront these difficult issues? By drawing on international case studies including genocides in Rwanda, the Khmer Rouge, Argentina, Russia and the context of post-World War II Europe, this ground-breaking edited collection opens new avenues of research. Multidisciplinary in scope, this volume will appeal to readers interested in an understanding of mass violence's aftermath, including researchers in history, anthropology, sociology, law, politics and modern warfare. The research program leading to this publication has received funding from the European Research Council under the European Union's Seventh Programme (FP/2007-2013) / ERC Grant Agreement n° 283-617.

Why was the UN a bystander during the Rwandan genocide? Do its sins of omission leave it morally responsible for the hundreds of thousands of dead? Michael Barnett, who worked at the U.S. Mission to the United Nations from 1993 to 1994, covered Rwanda for much of the genocide. Based on his first-hand experiences, archival work, and interviews with many key participants, he reconstructs the history of the UN's involvement in Rwanda. In the weeks leading up to the genocide, the author documents, the UN was increasingly aware or had good reason to suspect that Rwanda was a site of crimes against humanity. Yet it failed to act. Barnett argues that its indifference was driven not by incompetence or cynicism but rather by reasoned choices cradled by moral considerations. Employing a novel approach to ethics in practice and in relationship to international organizations, Barnett offers an unsettling possibility: the UN culture recast the ethical commitments of well-intentioned individuals, arresting any duty to aid at the outset of the genocide. Barnett argues that the UN bears some moral responsibility for the genocide. Particularly disturbing is his observation that not only did the UN violate its moral responsibilities, but also that many in New York believed that they were "doing the right thing" as they did so. Barnett addresses the ways in which the Rwandan genocide raises a warning about this age of humanitarianism and concludes by asking whether it is possible to build moral institutions.

Military power is now the main vehicle for regime change. The US army has been used on more than 30 different occasions in the post-Cold War world compared with just 10 during the whole of the Cold War era. Leading scholar Andrew Williams tackles contemporary thinking on war with a detailed study on liberal thinking over the last century about how wars should be ended, using a vast range of historical archival material from diplomatic, other official and personal papers, which this study situates within the debates that have emerged in political theory. He examines the main strategies used at the end, and in the aftermath, of wars by liberal states to consolidate their liberal gains and to prevent the re-occurrence of wars with those states they have fought. This new study also explores how various strategies: revenge; restitution; reparation; restraint; retribution; reconciliation; and reconstruction, have been used by liberal states not only to defeat their enemies but also transform them. This is a major new contribution to contemporary thinking and action. This book will be of great interest to all students and scholars of politics, international relations and security studies.

This thoroughly updated edition of Global Security in the Twenty-First Century offers a balanced introduction to contemporary security dilemmas throughout the world. Sean Kay assesses the impact of the global economic crisis on international security and considers how the range of thinking about power and peace has evolved in relation to major flashpoints including in the Middle East, Asia, and Eurasia. Kay builds on the first and second edition’s emphasis on the roles of trade and technology, the militarization of space, the privatization of security, the use of sanctions, ethnic conflict, and transnational crime. This edition goes even farther to incorporate traditional thinking about national security in the context of human rights, democracy, population, health, environment, energy, and especially education. The author includes full updates on emerging challenges out of Iraq, Russia, and viral diseases in the context of larger strategic questions like the rise of China and America’s “pivot” to rebalance its priorities toward Asia. Writing in an engaging style, Kay integrates traditional and emerging challenges in one easily accessible study that gives readers the tools they need to develop a thoughtful and nuanced understanding of global security.