Search Results for: the travels of ibn battutah

Ibn Battutah – ethnographer, bigrapher, anecdotal historian and occasional botanist – was just twenty-one when he set out in 1325 from his native Tangier on a pilgramage to Mecca . . . He did not return to Morocco for another twenty-nine years, travelling instead through more than forty countries on the modern map, covering seventy-five thousand miles and getting as far north as the Volga, as far east as China and as far south as Tanzania. He wrote of his travels, and comes across as a superb ethnographer, biographer, anecdotal historian and occasional botanist and gastronome. With this edition by Mackintosh-Smith, Battutah's Travels takes its place alongside other indestructible masterpieces of the travel-writing genre. Designed to appeal to the booklover, the Macmillan Collector's Library is a series of beautifully bound gift editions of much loved classic titles. Bound in real cloth, printed on high quality paper, and featuring ribbon markers and gilt edges, Macmillan Collector's Library are books to love and treasure. 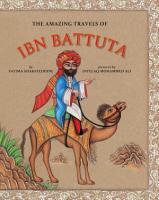 The true story of a fourteenth-century traveler, whose journeys through the Islamic world and beyond were extraordinary for his time. In 1325, when Ibn Battuta was just twenty-one, he bid farewell to his parents in Tangier, Morocco, and embarked on a pilgrimage to Mecca. It was thirty years before he returned home, having seen much of the world. In this book he recalls his amazing journey and the fascinating people, cultures and places he encountered. After his pilgrimage to Mecca, Ibn Battuta was filled with a desire to see more of the world. He traveled extensively, throughout Islamic lands and beyond — from the Middle East to Africa to Europe to Asia. Travelers were uncommon in those days, and when Ibn Battuta arrived in a new city he would introduce himself to the governor or religious leaders, and they in turn would provide him with gifts, a place to stay and study, and sometimes they even gave him money to continue his journey. Some of the highlights of his travels included seeing the stunning Dome of the Rock shrine in Jerusalem; witnessing the hundreds of women who gathered to pray at the mosque in Shiraz; visiting the public baths in Baghdad; and meeting the Mogul emperor of India, who made him a judge and eventually sent him to China as an ambassador. Ibn Battuta kept a diary of his travels, and even though he lost it many times and had to recall and rewrite what he had seen, he kept a remarkable record of his years away. His adventurous spirit, keen mind and meticulous observations, as retold here by Fatima Sharafeddine, give us a remarkable picture of what it was like to be a traveler nearly seven hundred years ago. The book is beautifully illustrated by Intelaq Mohammed Ali, with maps and travel routes forming the backdrop for many richly painted scenes. Correlates to the Common Core State Standards in English Language Arts: CCSS.ELA-LITERACY.RI.4.1 Refer to details and examples in a text when explaining what the text says explicitly and when drawing inferences from the text. CCSS.ELA-LITERACY.RI.4.3 Explain events, procedures, ideas, or concepts in a historical, scientific, or technical text, including what happened and why, based on specific information in the text. CCSS.ELA-LITERACY.RI.5.3 Explain the relationships or interactions between two or more individuals, events, ideas, or concepts in a historical, scientific, or technical text based on specific information in the text. 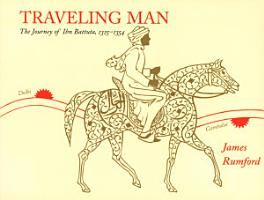 Ibn Battuta was the traveler of his age—the fourteenth century, a time before Columbus when many believed the world to be flat. Like Marco Polo, Ibn Battuta left behind an account of his own incredible journey from Morocco to China, from the steppes of Russia to the shores of Tanzania, some seventy-five thousand miles in all. James Rumford has retold Ibn Battuta’s story in words and pictures, adding the element of ancient Arab maps—maps as colorful and as evocative as a Persian miniature, as intricate and mysterious as a tiled Moroccan wall. Into this arabesque of pictures and maps, James Rumford has woven the story not just of a traveler in a world long gone but of a man on his journey through life.

An engrossing account of a 1326 pilgrimage to Mecca provides vivid details of Morocco, Russia, India, China, and elsewhere. "The ultimate in real life adventure stories." — History in Review.

Ross Dunn's classic retelling of the travels of Ibn Battuta, a Muslim of the 14th century.

Ibn Baṭṭūṭa (1304 - 1369) was the best-known Arab traveler in world history. Over a period of thirty years, he visited most of the Islamic world and many non-Muslim lands. Following his travels, he dictated a report he called "A Gift to Those Who Contemplate the Wonders of Cities and the Marvels of Traveling," known simply in Arabic as the Riḥla. This dramatic document provides a firsthand account of the nascent globalization brought by the spread of Islam and the relationship between the Western world and India and China in the 14th century. As an Islamic legal scholar, Ibn Baṭṭūṭa served at high levels of government within the vibrant Muslim network of India and China. In the Riḥla, he shares insights into the complex power dynamics of the time and provides commentary on the religious miracles he encountered. The result is an entertaining narrative with a wealth of anecdotes, often humorous or shocking, and in many cases touchingly human.

Ibn Battúta was a geographer and traveller who spent decades roaming distant lands; these are his journeys, translated to English by celebrated scholar H.A.R. Gibb. Travelling in the 14th century, Ibn Battúta details a variety of world cultures and regions. Originally born in Morocco, the author traversed the Middle East, Spain, Africa, and vast swathes of Asia including India, Southeast Asia and China. In doing so, he met several local rulers, to whom he described his quest to explore and record his sights. Some of his hosts were generous, others not so, and a few even sought to betroth Battúta. At times in danger from bandits or militaries, at times marveling at the ancient cities and cultural majesties of nations, Ibn Battúta was an adventurer and writer of supreme capacity. Darker themes however also emerge; the shocking toll of the Black Death in 1347-1351 is related in somber detail. Modern scholars, while acknowledging Ibn Battúta's contribution to understandings of Medieval cultures, consider some of his journeys to be exaggerated or fabricated. The differences in tone between parts of the text - at times intimately anecdotal, at times brief, detached or scholarly - are cited in support of these ideas. Despite the doubts surrounding his journeys, Battúta remains a source cited by historians and a significant figure in history.

Ibn Battutah set out in 1325 from his native Tangier on the pilgrimage to Mecca. By the time he returned twenty-nine years later, he had visited most of the known world, travelling three times the distance Marco Polo covered. Spiritual backpacker, social climber, temporary hermit and failed ambassador, he braved brigands, blisters and his own prejudices. The outcome was a monumental travel classic. Captivated by this indefatigable man, award-winning travel writer Tim Mackintosh-Smith set out on his own eventful journey, retracing the Moroccan's eccentric trip from Tangier to Constantinople. Tim proves himself a perfect companion to this distant traveller, and the result is an amazing blend of personalities, history and contemporary observation.

All the best armchair travellers are sceptics. Those of the fourteenth century were no exception: for them, there were lies, damned lies, and Ibn Battutah's India. Born in 1304, Ibn Battutah left his native Tangier as a young scholar of law; over the course of the thirty years that followed he visited most of the known world between Morocco and China. Here Tim Mackintosh-Smith retraces one leg of the Moroccan's journey - the dizzy ladders and terrifying snakes of his Indian career as a judge and a hermit, courtier and prisoner, ambassador and castaway. From the plains of Hindustan to the plateaux of the Deccan and the lost ports of Malabar, the author reveals an India far off the beaten path of Taj and Raj. Ibn Battutah left India on a snake, stripped to his underpants by pirates; but he took away a treasure of tales as rich as any in the history of travel. Back home they said the treasure was a fake. Mackintosh-Smith proves the sceptics wrong. India is a jewel in the turban of the Prince of Travellers. Here it is, glittering, grotesque but genuine, a fitting ornament for his 700th birthday.

Traces the pre-mechanical age travels of Ibn Battutah, who set out in 1325 from his native home and spent twenty-nine years visiting most of the known world, from Tangiers to Constantinople.

Ibn Battuta was, without doubt, one of the world's truly great travellers. Born in 14th century Morocco, and a contemporary of Marco Polo, Ibn Battuta has left us an account in his own words of his remarkable journeys throughout the Islamic world and beyond: journeys punctuated by adventure and peril, and stretching from his home in Tangiers to Zaytun in faraway China. Whether sojourning in Delhi and the Maldives, wandering through the mazy streets of Cairo and Damascus, or contesting with pirates and shipwreck, the indefatigable Ibn Battuta brings to vivid life a medieval world brimming with marvel and mystery. Carefully observing the great diversity of civilizations which he encountered, Ibn Battuta exhibits an omnivorous interest in such matters as food and drink, religious differences (between Christians, Hindus and Shi'a Muslims), ideas about purity and impurity, disease, women and sex. Recounting the many miracles which its author claims to have experienced personally, his al-rihla or 'Travelogue' is a fascinating mosaic of mysticism and reportage offering a prototype magic realism. David Waines discusses the subtleties of the al-rihla, revealing all the wonders of Ibn Battuta's world to the modern reader. This is a gripping treatment of the life and times of one of history's most daring, and at the same time most human, discoverers.

Journey through the medieval world with Ibn Battuta, the greatest traveller of his time.

The original Travels of Ibn Battuta ranks high amongst the masterpieces of Arabic geographical literature and is of great significance in the understanding of the history of the peoples inhabiting the Central Asian states. In 1325, Ibn Battuta, a traveler and adventurer from Tangiers, embarked on an extraordinary journey via Mecca to Egypt, East Africa, India, and China and returned some thirty years later to write about his experiences. Ibrahimov Nematulla Ibrahimovich details the life and travels of Ibn Battuta to give the reader an idea of the extent of the adventures and also to provide insights into the remarkable traveler himself. He then chronicles both lay and learned opinion over the centuries with regard to the amazing yet controversial journey, revealing the doubt that existed towards the authenticity of the tales: were they simply a fantastic invention or were they real experiences? To illustrate his argument, Ibrahimovich then selects a passage from The Travels concerning Central Asia and provides extensive historical and philological commentary and notes on the passage in an effort to persuade the reader of the authenticity of the tales and their value in helping us understand the peoples of Central Asia in the fourteenth century.