Search Results for: the twin sisters

Imagine one day opening Facebook and reading a message from a stranger that says, “I think we might be twins…don’t freak out…” It all began when design student Anaïs Bordier viewed a YouTube video and saw her own face staring back. After some research, Anaïs found that the Los Angeles actress Samantha Futerman was born in a South Korean port city called Busan on November 19, 1987—the exact same location and day that Anaïs was born. This propelled her to make contact—via Facebook. One message later, both girls wondered: Could they be twins? Thus begins their remarkable journey to build a relationship as sisters, continents apart. Over Facebook, Twitter, and Skype, they learned that they shared much more than a strikingly similar appearance. Eventually, they traveled to Korea together to discover more about the land of their separation. One of Facebook's Top Ten Stories of 2013, Separated @ Birth is a story that spans the world and peels back some of the complex and emotional layers of foreign adoption.

This early work by Wilkie Collins was originally published in 1851. Born in Marylebone, London in 1824, Collins' family enrolled him at the Maida Hill Academy in 1835, but then took him to France and Italy with them between 1836 and 1838. Returning to England, Collins attended Cole's boarding school, and completed his education in 1841, after which he was apprenticed to the tea merchants Antrobus & Co. in the Strand. In 1846, Collins became a law student at Lincoln's Inn, and was called to the bar in 1851, although he never practiced. It was in 1848, a year after the death of his father, that he published his first book, The Memoirs of the Life of William Collins, Esq., R.A., to good reviews. The 1860s saw Collins' creative high-point, and it was during this decade that he achieved fame and critical acclaim, with his four major novels, The Woman in White (1860), No Name (1862), Armadale (1866) and The Moonstone (1868). The Moonstone, meanwhile is seen by many as the first true detective novel - T. S. Eliot called it "the first, the longest, and the best of modern English detective novels...in a genre invented by Collins and not by Poe." Many of the earliest books, particularly those dating back to the 1900's and before, are now extremely scarce and increasingly expensive. We are republishing these classic works in affordable, high quality, modern editions. 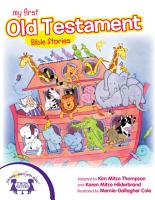 Written especially for young children, these classic Old Testament Stories introduce children to the Bible in a fun way! Each captivating story emphasizes a lesson so parents and children can discuss life applications. Easy to understand text, simple truths, and engaging illustrations will make this collection a family favorite. The twelve stories included are: God Made Me, Adam and Eve, The Story of Noah, God’s Beautiful Rainbow, Father Abraham, The Red Sea, Joshua Fought The Battle of Jericho, The Story of Ruth, David and Goliath, The Story of Job, Daniel in the Lions’ Den, and Jonah and the Whale. Titles in the Favorite Collections Series includes: Alphabet, Numbers & Counting, Farm Animals, Nursery Rhymes, Bedtime Songs, Bible Stories, The Early Reader Bible Stories Collection, My First New Testament Bible Stories and My First Old Testament Bible Stories.

Bedtime Story Book The twin sisters. A long, long time ago, in the village, there lived a farmer with his twin daughters, Leena, and Nancy. He loved them dearly, and would play with them, teach them to study and all kinds of things.

Twin sisters are separated in childhood but reunited in later life when they discover they were on opposing sides in the war.